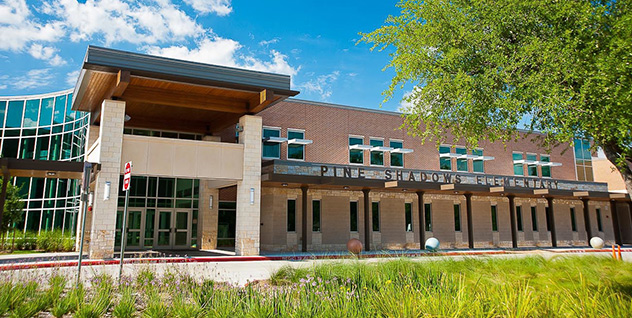 Back in 2007, Spring Branch voters gave the nod to a $597.1 million bond program that has resulted in tremendous improvements for Spring Branch ISD schools.

Thirteen elementary schools slated that have been slated to be rebuilt as part of the 2007 bond program are Westwood, Hollibrook, Ridgecrest, Shadow Oaks, Wilchester, Edgewood, Spring Branch, Meadow Wood, Pine Shadows, Housman, Frostwood, Valley Oaks and Rummel Creek, according to a report issued by the district.

As of the beginning of the 2014-15 school year, the rebuilt Valley Oaks Elementary is nearing completion and will open in January 2015, while Rummel Creek Elementary begins the school year at the South Transition Campus while its new building is constructed.

Ground will break next spring on new Cornerstone Academy and Academy of Choice buildings, on the site of the former Spring Branch High School.

The work at the Spring Branch Education Center site on Westview will be the last major project of the 2007 bond program. About $16 million was budgeted for maintenance work at the facility, but the district found another $12 or so million for the $28 million required for upgrades.

Other improvements include a new roof, HVAC upgrades and a fresh coat of paint for the Vines Science Center. Tully Stadium will get a new scoreboard for fall games, which completes the work required at the district’s main athletic facility.

With the 10-year bond program, the district saved significant money by taking advantage of the economic downturn of 2008 and 2009 and its effect on lowering construction costs and interest rates.

“We’ve been very fortunate in this program,” Karen Wilson, associate superintendent for finance, told the Bond Oversight Committee at its August meeting. The committee also praised the data-driven decisions that guided the program, the district’s adherence to the work that voters approved and the program’s management.

Committee member Gregory Krieder was particularly impressed with the acceleration of the projects and that “Spring Branch (ISD) had the heart to do it.”