by By Ted Oberg and Trent Seibert, ABC13 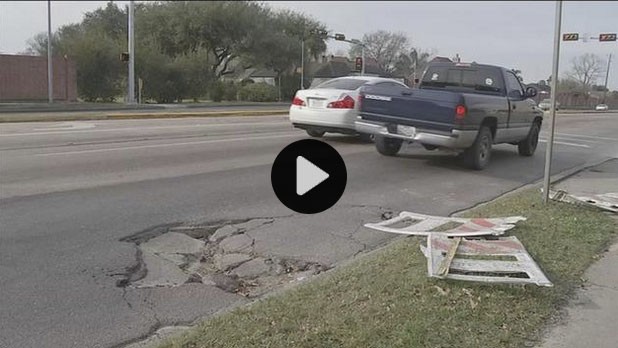 Road repair cash is there, so why months-long delay?

By May, Mayor Annise Parker proposed — and City Council signed off on — $10.8 million of additional taxpayer dollars from the city’s drainage fee targeted at fixing Houston’s roads.

“We need it as bad as the public thinks we need it,” Public Works Deputy Director Eric Dargan told ABC-13 at the time. “We need to respond to their requests in a timely manner and do a good, efficient job in the process. We need it badly, we need reconstruction badly, we need maintenance badly.”

HOUSTON (KTRK) — Mayor Annise Parker weighed in the day after ABC-13’s investigation into the city’s Busted Broken Pothole Process, calling the city-wide ragged roads an “emergency” and a “crisis,” but also saying she has confidence in the city’s public works department.

“I have done what I’ve needed to do,” Parker said.

ABC-13 was flooded with comments this week from dozens of viewers who disagree. They used the phone, Facebook and Twitter to share stories and photos potholes and ragged roads in their neighborhoods that have remain unfixed.