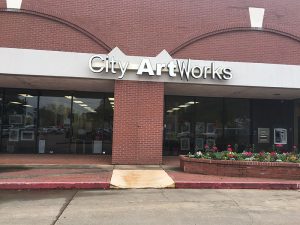 What began as a grant-funded, after-school collaboration with the Contemporary Arts Museum-Houston is now a nonprofit organization bringing art education to more than 2,000 students annually at public, private, parochial schools throughout Houston and Harris County from offices and a studio in the Spring Branch District.

City Artworks, located at 1330 Wirt Rd., was created in 1982 when grant funding for the museum art program ended and three local educators saw a continued need to bring art education to students throughout the area. Schools throughout the country were decreasing funding and time for art education. 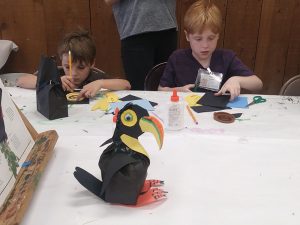 Research has proven the value of exposure to the arts to enable students to develop critical thinking and problem-solving skills while supporting academic success in every aspect of education, said Margaret Bott, executive director of City ArtWorks. “It is not just for ‘fun’ or ‘entertainment.’ It is a serious endeavor.”

City ArtWorks has been located in Spring Branch most of its 35+ years. One of the organization’s three founders — Janet Fox — was a long-time resident of Spring Branch and an associate professor of art education at the University of Houston, Bott said.

After a couple of years in the Museum District at its inception, the organization moved to 1440 Campbell Rd., where the nonprofit stayed for nine years. Then, after eight years at Town and Country Mall, the move was made to the Bell Tower Center in Spring Branch, 1330 Wirt Road, Ste. R, in 2004. 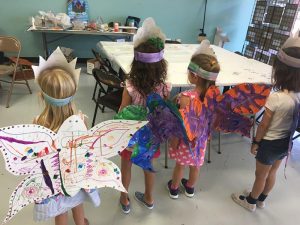 At the Wirt Road studio, staff and volunteers prepare for classes held in schools throughout the greater Houston area. Classes are also held at the studio on Tuesday afternoons from 3:30 to 4:30 p.m. and on Saturdays from 10 a.m. to 11 a.m. and then from 11 a.m. to noon.

Each summer, nine weeks of classes are offered for children ages 4 to 14. Students can enroll in classes for a couple of hours, morning and afternoon, as well as in all-day sessions from 9 a.m. to 5 p.m. in the summer.

The studio is also available for birthday parties, graduation parties, seminars, workshops and other activities that can be scheduled for the studio space.

In addition to three full-time staff members, two part-time employees and several college interns, all ages of volunteers — from high school students through senior citizens — come to the studio to help with upkeep of art storage space, bundling art supplies for the teachers, assisting teachers during the summer classes, creating graphic art for promotional purposes and other tasks that help the program run smoothly.

The organization has grown from one summer session and a few after-school art classes with 300 children in 12 schools to year-around activities for more than 2,000 children at public, private, parochial schools throughout Houston and Harris County, Bott said. They also provide classes in area low-income apartments complexes and at the Ronald McDonald House.

“We are the only provider of bedside art at Texas Children’s Hospitals in Texas Medical Center and The Woodlands,” Bott said.

The City ArtWorks staff is always reaching out to teachers, principals and parents to help them understand the importance of art for their children. 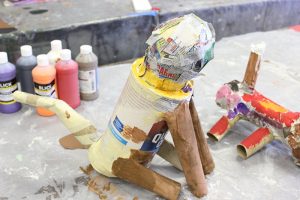 Before joining the UH faculty, Janet Fox was an art education teacher in Spring Branch ISA for 10 years. She died at age 99 in 2011. The other two founders with a vision for art education to area students were Fran McKinney and Betty Smith.

Bott said the program has had a number of key supporters over the years from the Spring Branch and Memorial area community.

She said the Albert and Ethel Herzstein Charitable Foundation, “a stalwart of Spring Branch,” has made large donations to City ArtWorks for many years to pay for children of low-income families to attend art classes.

And April Gauss, who lives in Memorial area with her husband, Joe Gauss, was one of the first people to become involved with City ArtWorks — first as a parent, then as executive director, later board president and now as an Advisory Board member. Joe Gauss is currently board president and their daughter, Sarah Gauss Kamery, attended the first art classes at the museum and today is on the board of directors of City ArtWorks.

They are just a few examples of many from the area who support the organization.

How can the community get involved with City ArtWorks? Bott has some suggestions:

For more information on City ArtWorks, visit their website, http://www.cityartworks.org, or call 713-681-1331.