We are proud of Spring Branch Management District Executive Director David Hawes for his work on this important project with Mayor Sylvester Turner. Homelessness and panhandling are both chronic problems of any major city, but Houston has made incredible strides in ameliorating both. Below is the City’s multi-part, holistic plan to address these problems further. You can also learn more from Mayor Turner’s press release.

Check out the video from Click2Houston here: 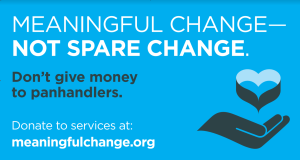 While other cities, like New York City, are seeing dramatic increases in their homeless populations, Houston has achieved national recognition for reducing homelessness by more than 50 percent. Six years ago, there were more than 8,500 homeless in Houston. Today, that number sits at around 3,600, with less than one-third of these people living on the streets. I am committed to cutting those numbers even more. It is simply not acceptable for people to live on the streets; it is not good for them, and it is not good for the city. So, today, we are embarking on a more holistic approach to the problem.

This is a complicated issue that we will tackle humanely with a meaningful approach that balances the needs of the homeless and the concerns of neighborhoods they impact. There will be an incremental implementation and I will need everyone’s patience and help to make it work.

Our six point plan involves expedited efforts to permanently house the homeless, more shelter beds, new public health and safety regulations and an anti-panhandling awareness campaign.
The Way Home
At the center of the plan is expansion of The Way Home, the coordinated housing initiative of 100 public and private organizations that has reduced overall homelessness by 57 percent over the last five years. Using this proven approach, another 500 chronically homeless individuals will be placed in permanent supportive housing within six months. Coupled with this aggressive goal is continued investment in new permanent supportive housing units, but more apartments are still needed. I am calling upon apartment owners and landlords with vacant units to step forward and be part of the solution.

Shelter System
Another 215 shelter beds will come online in August when the new Star of Hope campus on Reed Road is finished. In addition, the city is pursuing creation of one or more secure and professionally managed covered outdoor spaces with restroom facilities where up to 75 individuals could stay temporarily. The goal is to get as many people as possible into permanent housing or shelters, but even with everything we are doing, there will still be people who choose to stay on the streets. It would be wrong to tell these people they cannot be here or there without providing a suitable alternative. I want the community and City Council to help identify locations in their districts we can use as temporary outdoor shelters and for feeding the hungry.

Encampments
The city will continue weekly cleanups of encampments to address health and safety concerns while the homeless are transitioning to shelters and permanent supportive housing.

The Houston Police Department Homeless Outreach Team (HOT) is being expanded so there can be increased interaction and assistance for the homeless.

There will be a new ordinance outlawing tents on public property. This will prohibit people from putting up tents but will not make it illegal to sleep outdoors. We cannot have people setting up tent cities where there are no restrooms or other accommodations to meet basic human needs. Not only is it unsanitary, it deters from the goal of getting people into permanent supportive housing. There will be a 30-day transition period during HPD’s HOT team and others will work to compassionately redirect those in encampments to housing options.

The Texas Department of Transportation is assisting by installing “no camping” signs at freeway underpasses and is working to allow the city to have access to the underpasses for parking and economic development, something I noticed during last year’s trade mission to Mexico City.

Panhandling
We are also taking aim at panhandling with a new ordinance prohibiting obstruction of roadways and an anti-panhandling media campaign involving TV, radio, print and social media ads, street signage, billboards and a way to donate to service organizations via text and online giving. The campaign, which is being funded by 15 management districts, urges residents to help bring about “meaningful change” by donating their “spare change” directly to organizations that provide services.

The signs and the ads are expected to be up and running within a month. The PR will be coupled with a pilot program to connect panhandlers to employment opportunities.

Feeding the Hungry
We will work with Council Members and faith and nonprofit organizations to create additional designated sites for charitable food service
Mental Health, Substance Abuse
A lot of the homeless have mental health issues and have repeatedly fallen through the cracks of the social service system. We can implement all of the assistance options we can think of, but without increased funding for mental health and substance abuse treatment programs the cycle will continue to repeat itself. I have directed our lobbying team to add this issue to our legislative priorities in Austin.
Our existing programs and the expanded ones I have outlined today lead all major cities in dealing with a nationwide problem. In this city, we are not going to abandon our most vulnerable. This is a realistic, holistic approach that provides meaningful solutions. By offering multiple choices and a little bit of tough love we hope to convince more of our street population to get off the streets while also easing the pressure in neighborhoods. We will never totally eliminate homelessness, but with the entire community’s help, we can reduce it even more.