From the what’s old is new department… 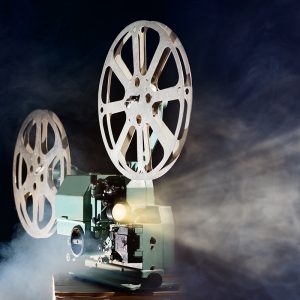 The Covid pandemic has been a disaster for many aspects of the economy, but also a boost for some others.

Consider the drive-in theater — until earlier this year, you could safely write them off as popcorny Americana relics of the Baby Boom / Cold War era, perhaps hanging on in a few isolated spots as curiosities, but certainly not an aspect of our culture poised for a comeback.

What a difference a pandemic can make: according to a recent Houston Chronicle article, the metro area’s only surviving Golden Age drive-in — The Showboat, in Hockley — is thriving as never before. Showboat owner Andrew Thomas told the paper he’s enjoying boffo box office even for movies that have been out for a while:

“It’s been like when you have a big summer movie like Avengers or something like that come out except that right now we’re playing movies that you can see at home,” he said, adding that “you can drive there, be in your vehicle, never get out, enjoy the movie, and get back home without ever coming into contact with anyone.”

Back in the glory days of the drive-in, Spring Branch was home to two — one at either end of the area. On the east, there was the single-screen Hempstead Road Drive-In near the corner of Dacoma Dr. A single-screen theater with a capacity of 750 cars, it opened in 1950 and survived a lightning strike to the screen in 1964 before closing for good six years later.

1965 saw the opening of the larger Thunderbird Drive-In on Clay at Blalock; the Thunderbird had back-to-back screens and a spectacular neon sign of a fiery t-bird over the marquee advertising the theater’s coming attractions. The Thunderbird was grounded for good in 1979, and that was the end of drive-in cinema in Spring Branch and near the end for Houston as a whole.

Or so it seemed, but lo and behold, now there’s a new drive-in theater right in the middle of town. It’s an ad hoc affair; no new screen was erected to make this theater: the Drive-In at Sawyer Yards, in the shadow of downtown’s skyscrapers just north of Washington Avenue, screens repertory films (Grease was the premiere) on the side of one of that area’s many tall, abandoned rice silos. No-contact concessions are available via phone orders; tickets are likewise sold online.

And as it happens, Spring Branch has abandoned rice/grain silos roughly corresponding to where its drive-ins once stood: there is one at Long Point and Hempstead and another out west at Lumpkin and Westview. Maybe those aren’t viable, but all you need for a drive-in is an expansive field, a tall wall, and a projector, so even if the logistics aren’t right for those places, perhaps some other patch of Spring Branch land might be more suitable.

Per the Chronicle, the new pop-up drive-in in Sawyer Yards is going great guns — several of the biweekly screenings there of old chestnuts like Urban Cowboy, Mean Girls, and Dazed and Confused have sold out to filmgoers paying $28 per car for the communal but safely socially distanced experience.

“It’s essential for people’s mental health, it’s essential to people’s happiness to be able to do something and escape for a few hours,” said Gerry Cottle, empresario behind the screenings. “If that means going to the drive-in, then that’s great.”