Daniel Walsh will never forget the time President George H.W. Bush gave him his business card. It was 1990, and Walsh was part of a small army of chefs catering a grand dinner banquet at the Wortham Theater Center to benefit the Barbara Bush Foundation for Family Literacy; he was in charge of the risotto course. Before the dinner, Secret Service agents had come through the kitchens with bomb-sniffing dogs. Afterwards, the president himself came back to the kitchen to meet the catering staff, attended by a single bodyguard. 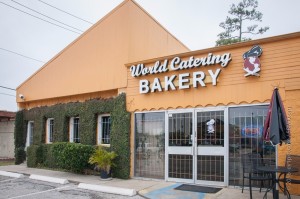 “He came back and talked to us for about 10 minutes,” Walsh remembered. “Super nice guy, real low-key demeanor. I still have his business card. It’s just a card with his signature on it, which is pretty cool.”

Bush was the first of three presidents Walsh cooked for, including Bill Clinton and George W. Bush. That was back when Walsh was a freelance chef, hiring himself out to catering companies whenever they needed an extra hand. These days he’s focused on the business he owns with his wife Frances: World Catering Bakery. His wife, an expert pastry chef, runs the bakery and manages one of Houston’s top wedding cake businesses, while Walsh caters small- to medium-sized events. Some of Walsh’s best clients are neighborhood churches, including First Baptist and Christ the King.

After occupying a few different locations around Houston, the Walshes moved to their present Spring Branch location, a former hamburger restaurant on Silber Road, in 2008. They had previously tried running a full-service restaurant but found it too exhausting, so this time they decided to open a more casual, bistro-style café. With its homemade sandwiches, salads, and pastries, the bakery quickly became a neighborhood favorite. Large lunch crowds come every weekday; others stop by after work to pick up fresh, pre-packaged meals to go. On Saturday mornings, the Walshes serve beignets and coffee. 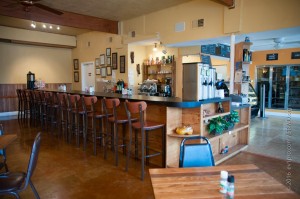 “It’s a comfortable setting, it’s good food, and it’s not pretentious,” Walsh said. “Plus, I don’t know of any place where you can go for your wedding cake tasting, and have a burger and latte while you’re tasting the cakes.”

Walsh was born and raised in California and his first restaurant job was washing dishes at an ice cream parlor, making minimum wage—$1.75 per hour. He didn’t attend culinary school, instead learning everything on the job as he worked his way up the ladder, moving around the country to work at various restaurants. He relocated to Houston in the mid-1980s to take a job at an airport hotel, where he was introduced to the catering business.

“Apparently I had a knack for presentation, because they always put me out front, working at the carving stations,” Walsh recalled. Although he proved to be a natural, catering was hard work and Walsh longed for more control over his life. “You’re staying out cleaning up after these events until two o’clock in the morning, and then you’re back at work at eight. It was a nightmare, basically, but I did it for years. I like what I do now—I get eight hours of sleep.”

When he’s catering an event, Walsh is sometimes teased about his fit appearance. “I get that a lot—‘Don’t trust a skinny chef,’” Walsh said, laughing. “I have a good metabolism, I’m on my feet eight hours a day, and I graze all day long because I have to taste everything. I’m like a cow.”