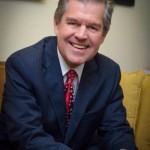 Dr. Zachary Hodges has been asked by the new Chancellor, Dr. Cesar Maldonado, to assume the position of Acting Vice Chancellor of Academic Affairs on an interim basis starting Tuesday, July 1. Executive Dean Dr. Butch Herrod will serve as the interim president.This will be an adventure for him but we believe that he can help our Chancellor build a 21st century agenda for HCC and can help the system move forward in new directions which will benefit us all. 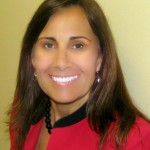 Dr. Anzivino is our new Dean of Student Development. The role will include providing oversight for Advising, Counseling, Admissions/Enrollment Services, Job Placement and Financial Aid. She is also co-directing a program that focuses on the success of first-year college students. Dr. Anzivino comes from Blinn College where she held similar positions in student success and services for four years. 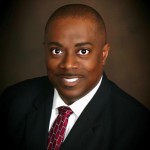 Dr. Jerome Drain joins us as the new Dean of Academic Development. You can find him at the Alief-Hayes campus where he will provide primary administrative leadership and supervision for academic and resource development. Before arriving in Houston, Dr. Drain was the Vice President for Academic Affairs at Atlanta Metropolitan State College and served as Divisional Chair for Sciences at Davenport University in Grand Rapids, MI. 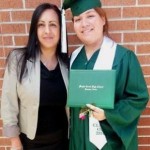 A Mayde Creek High School student received a scholarship and is now preparing for college thanks to her six-year relationship with her mentor, a Houston Community College student recruiter.

HCC student recruiter, Manuela Izaguirre met Lilly when she was in the 7th grade and became her mentor as part of the Katy ISD KEYS Mentoring program.Over the years both Manuela and have Lilia learned a lot from each other. Manuela helped the young teen battle obstacles such as dealing with a mother that was deployed to Iraq and living with a grandmother that didn’t speak much English. Manuela joined Lilly and her family at the Mayde Creek High School graduation ceremony at the Merrill Center Saturday, June 7. 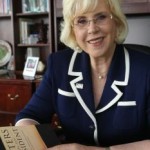 HCC Northwest extends its deepest sympathies to the family of our HCC’s former Chancellor, Dr. Mary Spangler. She passed away in June at her North Carolina residence where she had moved after leaving HCC in 2013. The attorney says she died after contracting CJD, a degenerative neurological disorder that is incurable and fatal.

Dr. Spangler is credited with making major improvements at HCC, including growing student enrollment. She served on a number of boards, including the American Association of Community Colleges, the Greater Houston Partnership, Texas Association of Community Colleges, and others. In 2009, she was named “Educator of the Year” by the Arab American community in Houston and was named one of the “50 Most Influential Women in Houston” by Houston Woman Magazine.