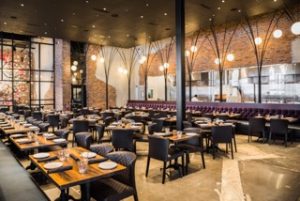 Just mention Spaghetti Warehouse, and people smile and bring up their fond memories from the past, says Doug Pak, owner of the shuttered Houston restaurant, which was located in Houston’s Market Square Historic District and closed due to flooding from Hurricane Harvey.

Spaghetti Warehouse was a “place of celebrations,” Pak said. Ultimately, though, its owners suffered a major financial loss of millions of dollars due to the hurricane.

After months of uncertainty on what to do next, Pak said that, when the community regained its spirit to rebuild, the owners also decided to reopen in Houston. They decided to bring their heavily revised concept to the Spring Branch District. Warehouse 72 — the “72” refers to the original Spaghetti Warehouse, which opened in 1972 — officially opens starting with lunch on Thursday, Aug. 1.

Diners should not expect to be stepping back in time into Spaghetti Warehouse. 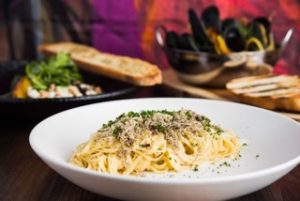 “We didn’t just want to look back,” Pak said at a preview night recently for Warehouse 72, which is located in the Marq’E Entertainment Center. “We wanted to take this opportunity to really build something different, build something new.”

Spring Branch area residents may be wondering what took so long. It has been nearly two years since Hurricane Harvey and the restaurant was first slated to open in late 2018.

Simply put, Pak said it took them longer than they expected — and some major alterations to plans mid-construction— to get the restaurant just as they wanted it. What they wanted was a restaurant with a nod to its warehouse roots, yet with modern, industrial features, but not the sterile feeling of a cafeteria.

“What the world needs is something amazing. That was our goal,” Pak said.

Art, in the form of large murals on the interior brick walls of the space, plays a critical part of Warehouse 72’s design. 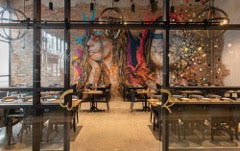 “Street art brings energy and beauty to structures that have been abandoned, which recalls the spirit of our roots, so we commissioned Sebastien “Mr. D. 1987” Boileau, a well-known, Houston-based street artist, to bring this type of beauty to our restaurant,” said Jay Lee, executive president and CIO.

Instead of picking random images, Boileau selected five strong, inspiring Houston women — none of them professional models — who are connected to the arts and represent the city’s diversity. Photographer Aisha Khan, who took the portraits of the women featured in the murals, is herself portrayed in a mural outside in the patio area with her hair blowing in the wind and the sun on her face.

Just walking into Warehouse 72 transports you from the concrete parking lot and the noise of I-10 as you take in the massive, colorful murals and a steel tree sculpture in the main dining room representing strength, growth and rebirth. At night, the lighting of the drop ceiling in the dining room depicts the atmosphere of a starry night sky. 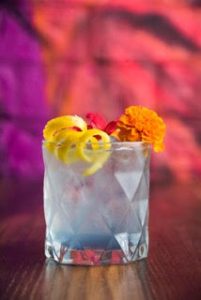 Of course, you aren’t making reservations at Warehouse 72 just for the ambiance. What about the food?

As an homage to Spaghetti Warehouse, patrons can also enjoy spaghetti and meatballs and wedding soup, but each will have a modern twist from Warehouse 72 Executive Chef Jaime Salazar.

Salazar has worked in the restaurant industry for over a decade, most recently as executive chef at Brasserie 19 in River Oaks, and he was named by Zagat in 2018 as one of Houston’s “Under-the-Radar Chefs to Know.”

Also on the menu: hand-crafted pizzas, an array of starters and several seafood dishes, including roasted skin-on branzino.

Starting in September, the company will roll out weekend brunch as well as takeout, delivery and catering. 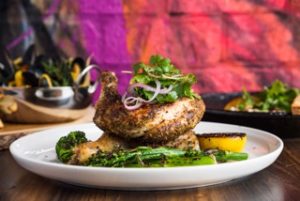 At the same time casual and elegant, Warehouse 72 is perfect for a special occasion, family dinner or a cocktail and bites before catching a movie at the Edwards Marq’E.

The private dining area, ideal for business meetings, celebrations and community get-togethers, seats up to 60 guests and offers a prix fixe Chef’s Tasting Menu. Customers can also reserve one of the Chef’s Tables in front of the open kitchen for a custom, chef-driven tasting menu. Two adjacent Chef’s Tables seat either a group up to seven or two smaller parties. 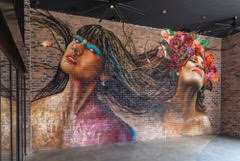 Don’t miss being among the first to check out this highly anticipated bar and bistro right here in the Spring Branch District. Visit the restaurant’s website to book a table and also check out the video about the history behind Warehouse 72: https://www.warehouse72.com