Houston’s Only Torteria – in the Heart of Spring Branch 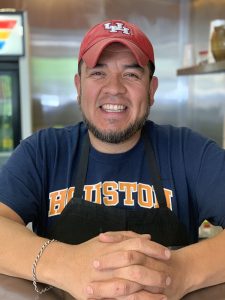 “Badass tortas” is what Tortas Perronas translates to, both in name and flavor. Lenin and Melina Santana, for four years this June, have owned and operated Houston’s only restaurant specializing in tortas. “In Mexico City, if you want a taco you go to a taqueria, if you want a torta you go to a torteria,” says Lenin. “When I moved to Houston, I was looking for tortas and was told that you have to go to a taqueria to find them. Didn’t make sense to me.”

Lenin and Melina wanted to offer unique and authentic food to the Spring Branch community. “We had the idea of starting a restaurant that isn’t your typical Mexican restaurant. Not fajita tacos. Not something sold on every corner,” Lenin explains. Mexico City style tortas, something that Lenin spent his childhood eating, became the food that the couple landed on.

Four years ago, you would have seen Lenin and Melina pouring their time and energy into a very different version of customer service: education. Lenin taught middle and high school in Spring Branch ISD for 14 years, while Melina served as an attendance specialist.

A full-time job in education didn’t stop Lenin from working a second job in the restaurant industry, and becoming a manager over multiple Mexican restaurants in the area. “As much I love education, I had to focus on something else as well,” says Lenin.

Starting their own restaurant was something that Lenin and a friend had always talked about. But when Lenin’s friend called him with news of an available lease at Longpoint and Bingle, he knew it was time to turn talk into action.

The location, and the rental price were perfect. “My wife and I are products of Spring Branch; we graduated from Spring Branch ISD and have lived here for 20+ years,” says Lenin. “We love being in Houston, but we especially love Spring Branch.” 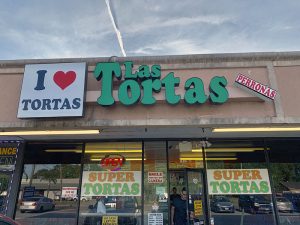 “When I told my family about the restaurant, they asked, ‘You’re going to open a torta shop? This is Texas; you have to sell tacos!’ But we want to be a little different, if nothing else.” Like most small businesses, “The first year was a struggle. Everyone who came through the door was looking for fajita tacos with yellow cheese and lettuce. Half the people who walked in the door turned around and left,” says Lenin.

But Tortas Perronas did become something more than “just a little different.” The restaurant quickly earned a 5-star rating on Yelp, and was listed on Yelp as one of the top 100 places to eat in the US in 2017. These reviews brought in customers who may have otherwise driven right by, not knowing what they were missing.

Melina left her job in education upon opening Tortas Perronas, and for the first year, she would work the daytime shift, and switch with Lenin when he arrived at the restaurant after school. It was only a matter of time before Melin and Lenin were faced with a decision to make. This defining moment happened in their second year of running the business. “We were too busy for me to keep teaching while running the restaurant,” Lenin explains. “But how do you just let go of your career, and focus on a dream?”

Lucky for us, Lenin made the bold move to quit his teaching job and work full-time in pursuit of this dream. Since then, the couple has worked tirelessly to provide the most authentic ingredients and style of Mexico City tortas. 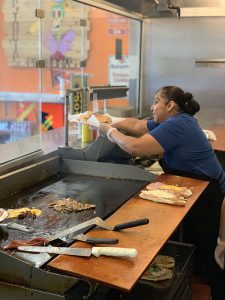 One of the first challenges that they faced was acquiring the right style of bread in a city with no torterias. “We had our own bread recipe from Mexico City, and we visited several bakers, and at first had no luck finding someone who could, or wanted to do it. Some would follow the recipe exactly – but that was a problem, too. The altitude of Mexico City is much higher than Houston, and baking is not the same at high altitude. We kept getting hockey pucks or footballs.”

Eventually, they found a bakery in Spring Branch that could masterfully bake precisely what Tortas Perronas was looking for. Torta-lovers can now enjoy the crisp, almost crunchy top with soft bread in the middle, stuffed with your favorite meaty and cheesy ingredients.

“Typical tortas you find in the US are fajita tortas. What makes ours unique is the meat combinations that we have.” Staring at the extensive menu posted on the wall, you will see the “Abandonada” torta containing three meats: skirt steak, pork leg, and franks. Right underneath is the brunchy “Chiva,” with chicken and chorizo, plus scrambled eggs and cheese. Ravenous customers might enjoy the “Super Cubana,” packed with eight ingredients: ham, cheese, breaded skirt steak, pork, franks, egg, corizo, and more cheese.

The top selling torta is the Hawaiana, featuring ham, smoked pork chop, cheese and pineapples. “It might be the most popular because it’s the first one on the menu,” laughs Lenin. Whatever the reason, it keeps customers happy with its delicious combination of sweet and salty wrapped in toasted, fluffy bread. 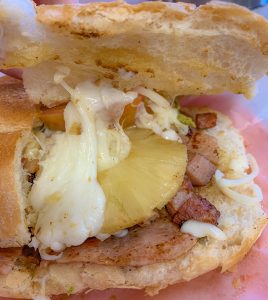 There is one ingredient that you will never find at Tortas Perronas: lettuce. “Lettuce in a torta is a big no-no,” emphasizes Lenin. He explains the contradiction by asking, “Do you put lettuce on a hot dog?”

Vegetarians can request an off-the-menu vegetarian torta, which uses avocado, tomatoes, onions, mayo, beans, and queso fresco, which is popular in Mexico City.

You’ll want to be sure to wash down your hearty meal with an agua fresca made from scratch with only natural ingredients. Picking between pineapple, mango, cantaloupe, or watermelon will be your second hardest decision after deciding on a torta.

Lenin reflects on the past four years of hard work and success. “It’s very difficult; as an employee you can clock in and clock out, and you’re done. As an owner, there’s no clocking out. We clocked in four years ago and haven’t clocked out yet.” Lenin goes on, “Owning this restaurant is very gratifying. On any given lunch day, we might see a construction worker, a CEO of a company, and a nurse sitting together who otherwise never would have found a reason to. You’ll see customers speaking one third English, one third Spanish, and one third pointing to pass the salsa. It’s beautiful!” 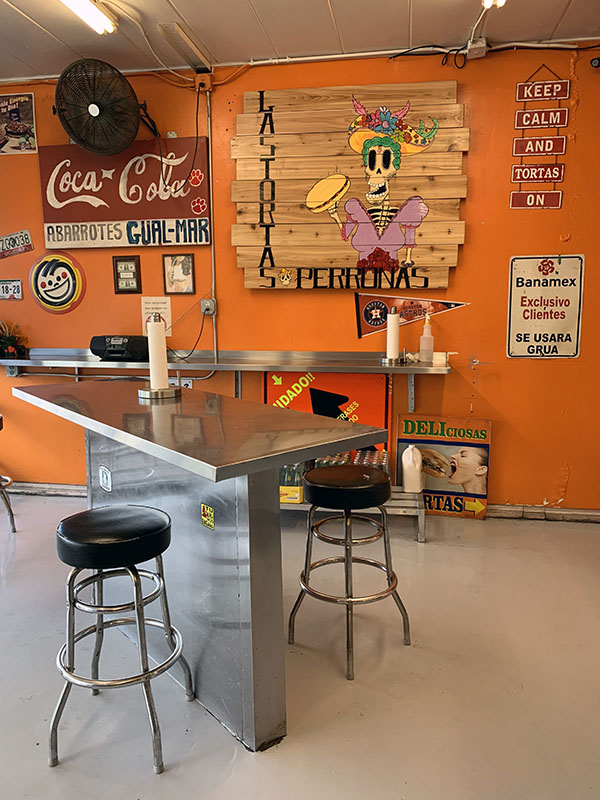 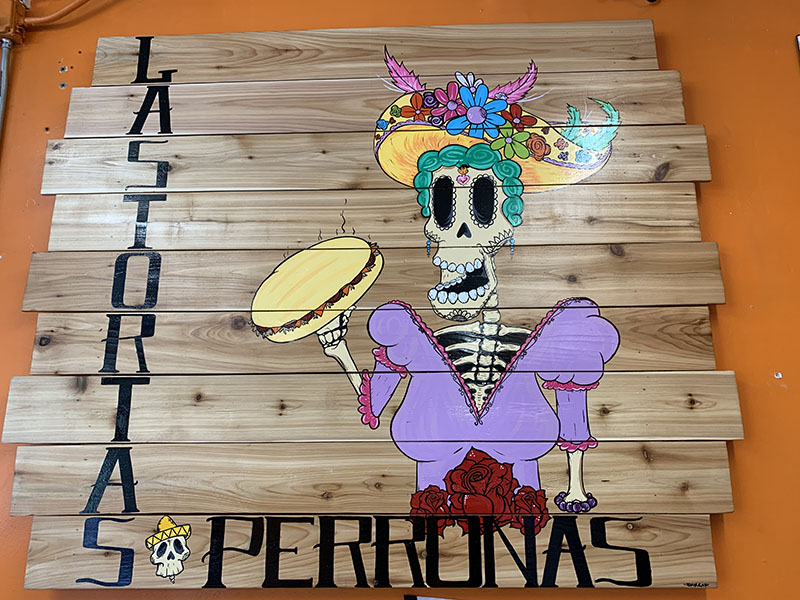 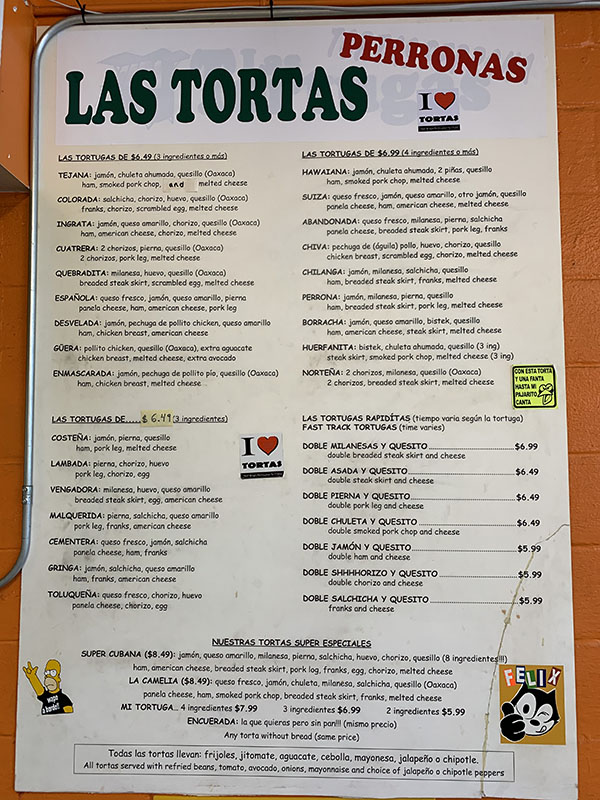 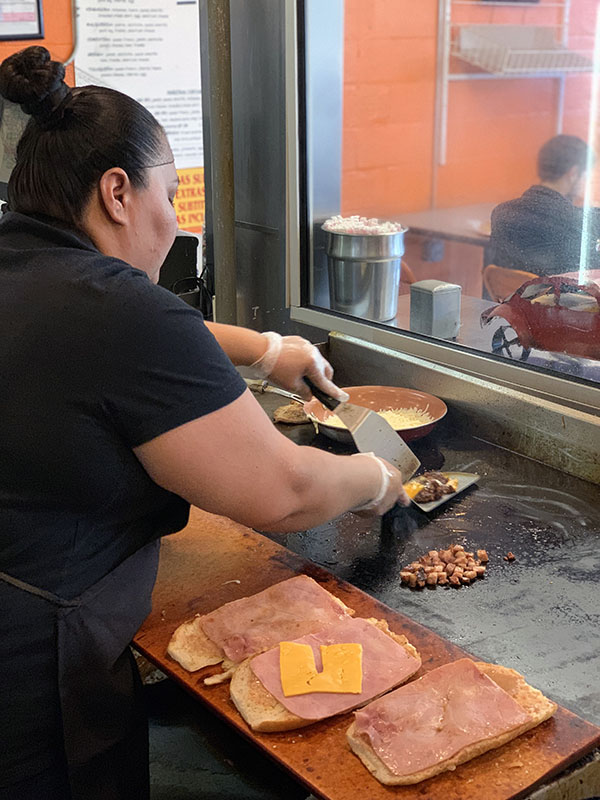 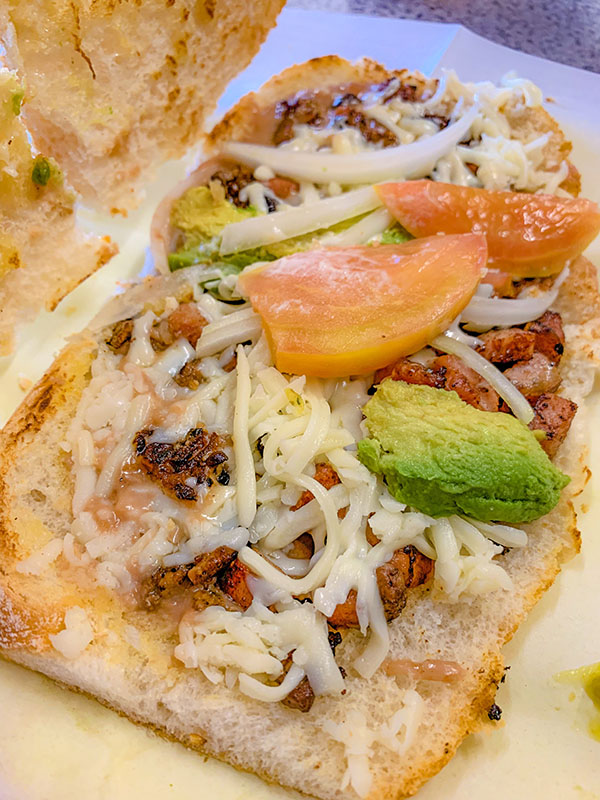