Learning to ‘Connect Through Movement’ at Zócalo apartments

Learning to ‘Connect Through Movement’ at Zócalo apartments 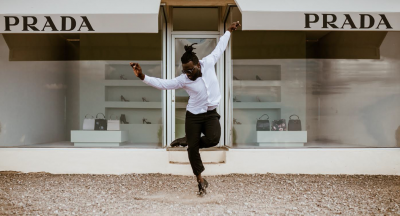 Growing up in Alief, Le’Andre Douglas said the first person he saw dance was his grandmother.

“She was just bouncing and cooking,” he said, “and that’s as simple as that.”

Now a nationally accomplished dancer and choreographer with a decade of professional dance experience, Douglas wants to bring the simple joy of dancing to the community at Zócalo Apartments, located in the Spring Branch Management District.

Douglas is one of two recently named artists-in-residency at Zócalo, which was known as the “Hammerly Walk Apartments” at 8787 Hammerly before undergoing a massive renovation and rebranding and emerging as Zócalo, which means “town square” in Spanish.

This is the second year for Zócalo’s artist-in-residency program. Chosen from 82 applications from 23 states, Douglas will receive free housing at the Zócalo Apartments, a monthly stipend and need-based project funding. The program is the first in Houston to offer artists a residence in a multi-family property.

Douglas said he moved to the apartments in March and has one big event under his belt at Zócalo —  a salsa night.

“I want to bring back the idea of dancing, couples dancing together,” Douglas said. “When I spend time in Mexico or in Spanish clubs, this is a common custom. It’s all about togetherness.” 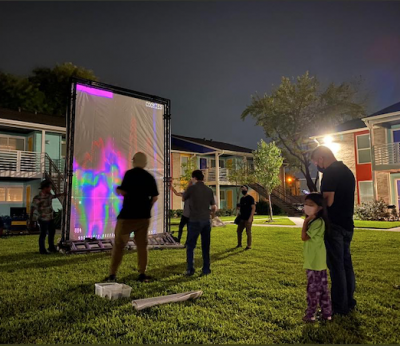 Douglas said that after high school, he was working in sales and wasn’t really happy.

“My stepdad asked me, ‘What would you do for free?’ I said, ‘Dance.’ And he said, ‘Well, that’s what you need to do.’” After that, Douglas said, “everything just fell into place.”

Douglas, 33, has worked with Grammy-nominated artists such as LL Cool J, B.o.B, rock legend Pat Benatar, Big Daddy Kane, The Sugar Hill Gang, and many others. At Zócalo, he will work with his neighbors.

“It’s not always a performance. Dance is nothing to be scared of,” Douglas said. “When you’re cooking … and you start wiggling, you’re dancing.”

Douglas said his focus in his own dancing is on archiving African-American history. “You have storytelling and oral traditions told with the mouth but also with the body,” he said.

A big part of why he applied for the Zócalo A.I.R. program, or ZAIR, is because he would have a space — a studio on site — that he could use for dance, Douglas said.

His main focus at that studio will be to share his passion. “I’m not really looking to develop myself as much as making dance something that is not feared,” he said.

“Zócalo has a number of artists as paying residents,” Bruhn said. “Our resident retention is about 80 percent, and we believe ZAIR is one of the contributing reasons.”

Among last year’s artists in residency was Input Output— a creative lab duo comprised of Billy Baccam and Alex Ramos, who bring innovative approaches to the application of art and technology. 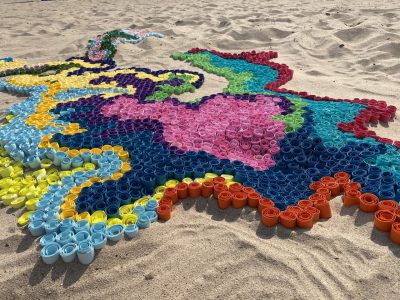 Yeapanis plans to create a range of temporary and improvised installations in outdoor areas on the Zócalo campus.

The Houston Chronicle wrote about the trend of art being used by apartment developers, saying the Zócalo program “has the potential to inspire profound change.”

Long before Zócalo came on the scene, the campus on Hammerly already had a strong artistic heritage. It is the very location in Spring Branch where world-famous artist and MacArthur Genius award recipient Rick Lowe had his start when he moved to Houston in the mid-80’s.

For Douglas in 2021, it’s about planting a seed that will grow well beyond his one-year residency.

“My artistic goal is to give everybody a piece of art that they can keep for themselves within their body,” he said. “Learning to move or connect through movement is one of the best gifts you can give to yourself.”