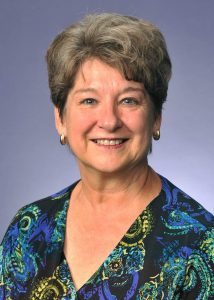 Dr. Betsy Coe is the executive director of the Houston Montessori Center, and the secondary principal at the School of the Woods.

How long have you been working at the Houston Montessori Center?

The Center is 43 years old. I’ve been there since the early ’80s, first as an instructor and then as the executive director. What we do is, we train Montessori teachers to teach all age groups, from birth until 18. People come from all over the world to train here. They spend seven weeks with us during the summer, then return to their schools. Then they come back during the school year for two seminars, followed by a few weeks over the second summer. This qualifies them for an American Montessori Society credential.

How did you first get involved in the Montessori movement?

I’ve been teaching Montessori since the 1970s. When I did my teacher training, I had to do it in London because there was no teacher training in the U.S. I came to Houston to teach at School of the Woods as an early childhood instructor, and eventually an elementary instructor. 1991 is when I became executive director of the Center. We’re the only training center in the world that goes from birth to 18, and we have about 100 teachers in training this summer.

For people who don’t know much about the Montessori system, how would you describe it?

It’s very child-centered. We look at how they develop, and try to create an environment that is responsive to them. So they have hands-on materials; we do collaborative projects. It’s self-initiated and self-paced learning. Each level begins with the concrete and moves to abstraction. At the secondary level, they move outside the classroom and do real-world learning, like learning how to run a business.

What are the biggest challenges that teachers have in adjusting to the Montessori system?

The Montessori training is supposed to involve the transformation of the teacher. We’re supposed to see things in a whole different light. Sometimes teachers from more traditional schools have to unlearn things. We don’t do direct teaching, for instance. We do small group lessons and one-to-one lessons, but we don’t do direct teaching. One teacher we had told me, ‘I’m a trained middle school teacher who has been teaching for years, but I never learned about the child. I only learned my content.’ We spend a lot of time thinking about what’s developmentally appropriate for each age level, and create an environment based on that.

Most people are probably most familiar with Montessori schools for younger children. How does Montessori education change when you get to middle or high school?

First of all, Maria Montessori [the Italian founder of the educational philosophy] never did secondary education, although she did some writing about it. We’re actually the first center in the world to teach Montessori to middle and high school teachers, and I was the one who developed our secondary program. Basically, I extracted the Montessori principles from her writings about adolescents, and applied them to older students. There was a lot of trial and error at first, of course.

Both the Center and School of the Woods are longtime Spring Branch institutions. What do you like about the area?

School of the Woods opened in 1962. People think it’s named for our woods, which we do have, but it’s actually named after its founders, Ernest and Hilda Woods. [They] also founded the Unitarian Church. So Spring Branch has been our home for a long time. And we’re expanding; we’re about to have the groundbreaking for a new building for the high school.