Kathleen Ownby is the executive director of the SPARK school park program, which has built over 200 parks in the greater Houston area. 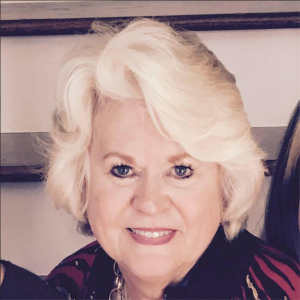 Where did the idea for SPARK come from?

It was started in 1983 by my mother, then-council member Eleanor Tinsley, in response to a study that was done by the county judge and mayor on how to increase park space in the city of Houston. One sentence in the report suggested making use of public school grounds for parks. My mother had served on the HISD board of trustees for many years, so she knew who the players were there, so that’s how it started.

When did you get involved in the program?

I moved back to Houston with my family in 1988, and I offered to volunteer in my mother’s office. At the same time, the assistant director for SPARK decided to go back and teach at a community college, so my mother asked if I would want to take that part-time job. And I’ve been involved ever since.

How has the program grown and changed over the years?

It started with one school district, HISD, and now we’re working with 15 school districts. Our budgets have increased dramatically—the first schools had a budget of around $20,000, and now our average budget is around $150,000. We have some schools that have raised $400,000 for their parks.

How long have you been working with Spring Branch ISD?

It was our second school district, and we started working with them in the early 1990s.

Why is building community parks so important?

The Trust for Public Land, which is a national park advocacy nonprofit, suggests that every city should aim to have a park within a half mile, or a 10-minute walk, from every resident. So we’re trying to make that happen. Only about 46 percent of Houstonians have that. So SPARK has actually been given $2.5 million from the Kinder Foundation and $2.5 million from the Houston Endowment to choose 25 schools that would turn a red area green. And then we’ll go back to five schools and renovate their parks through our reSPARK program.

Why did you select Woodview Elementary in SBISD was one of the first nine schools?

Woodview is actually one of the five reSPARK projects, where we’re going back to schools that already have a SPARK park and updating it with new equipment. That’s very important.

Although the parks are associated with schools, they’re also open to the public, right?

Yes, they’re open to the public after school and on weekends.

How many schools have you worked with in SBISD?

What does park equity mean, and why is it important?

Houston Endowment, one of our longtime sponsors, has as one of its goals park equity in the city and county. What that means is that every neighborhood, not just downtown and Montrose and River Oaks, needs parks. Millions of dollars have been spent on Discovery Green, Buffalo Bayou Park, and Hermann Park, but every neighborhood deserves a park within a 10-minute walk.

What are some of the benefits of having a neighborhood park?

It definitely affects the health of a neighborhood. The obesity rate in Houston is very high, so to have a place where you can go with your family and walk around a trail, or to use exercise equipment, or to be out in the sunshine, is good for everyone. So many Houstonians live in apartment complexes, and don’t have that opportunity to get out and enjoy nature.