Our 10 Favorite Korean Spots in Houston

Six out of the ten Korean restaurants featured by the Houstonia Magazine are in Spring Branch. 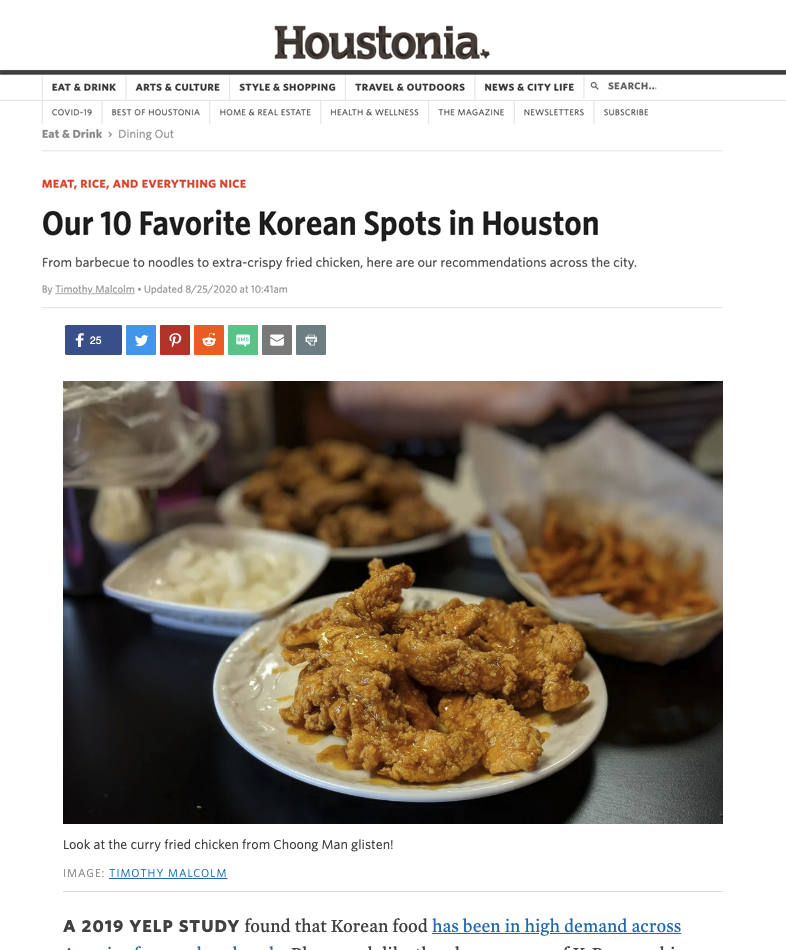 A 2019 YELP STUDY found that Korean food has been in high demand across America for nearly a decade. Plus, much like the phenomenon of K-Pop reaching the United States over the past 15 years, the food of Korea—like bulgogi (meat cooked over a fire), hearty bowls of bibimbap, and double-cooked fried chicken—is only becoming more ubiquitous in our country.

In Houston the Korean food landscape is ever shifting, but it is definitely growing. From old-school haunts with tabletop grills to newer spots fusing Korean food with other cultural styles, there’s a lot to go around. Here are our favorite places to get Korean (all takeout friendly, too):