In the 19th and early 20th centuries, athletes sometimes drank beer to replenish water and minerals in the body. 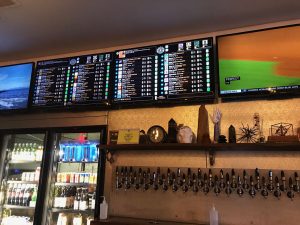 “Beer was the first sports drink,” says Kyle Steck, who today offers an array of beer choices to quench the thirst of both athletes and non-athletes alike at his new craft beer and wine bar in the Spring Branch District.

Opened in mid-June by Steck and Jen Masse, Cobble & Spoke offers 40 taps with 40 different offerings that are constantly changing.

“Right now and for as long as we find it viable, we are going to be exclusively carrying made-in-Texas products with specific focus on the smaller breweries that self-distribute,” Steck said.

Currently, Cobble & Spoke also features two wineries, Whistling Duck and Majek. Both are located west of Houston and both use 100 percent Texas-grown grapes. You can find the wines only at the winery or at Cobble & Spoke in the Spring Branch District.

A digital screen behind the bar shows patrons what is on tap at that moment, how much is left of each beer or wine and what is coming up next. For a live list of what is on offer, visit the Cobble & Spoke website. 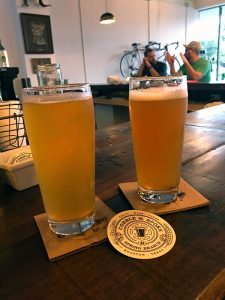 On a recent visit, bartenders also handed out sheets listing all the items on tap, as well as information on the style of beer, alcohol content, IBU (International Bitterness Unit scale or “hoppiness”) and price.

Located in a strip center at Blalock Road and Campbell Road, the first thing patrons might notice as they enter are the bicycles hanging on the wall and the bicycle rack.

“I always got a bit ticked or bothered when I would ride my bike up to a bar for a few beers and I had to leave my bike outside or out of sight, so I knew from the get-go I wanted a bike-friendly bar with a bike rack inside,” Steck said.

The bike theme continued with the name of the bar.

“You could get metaphorical about the bumps in life and how it takes more than one spoke to hold a wheel (or life) together and how the name does relate to the classic bicycle racing days over the cobbles, which are known for being very hard on the rider and the bikes,” Steck said. “But what set us was it’s a name that sounds nice to the untrained ear and anyone who rides bikes immediately knows what’s up.”

Whether you ride in on your bike or not, the bar’s generous tasting pours, ample seating and friendly staff will make you feel right at home.

While the bar does not sell food, Steck encourages patrons to bring in their own. Perhaps pick something up at one of Spring Branch District’s many restaurants. 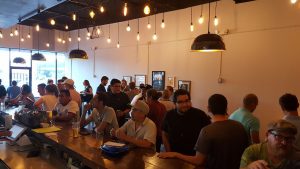 “We just wanted a comfortable local bar with a good selection of craft beer and wine. You know the kind of place you would want to work and hang out in,” Steck said. “Ride on in.”