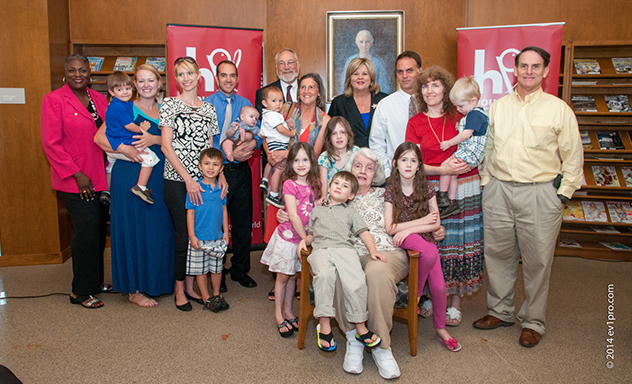 Ring, for whom the library is named, started the Ladies’ Reading Club in Houston in 1887 and was an early advocate for establishing free public libraries in the city. She was appointed to the first Houston Public Library (HPL) board of directors in 1900 and served continuously for 41 years.

The Ring Neighborhood Library opened on July 31, 1964 in the Spring Branch community. It was the 12th Houston Public Library location and at the time, was the largest of all HPL branches. The Texas Gulf Coast Chapter of the National Society of Interior Design recognized the architectural firm of Hamilton Brown and Associates for its outstanding library-in-the round design, a unique plan and one considered most appropriate for a library named Ring. 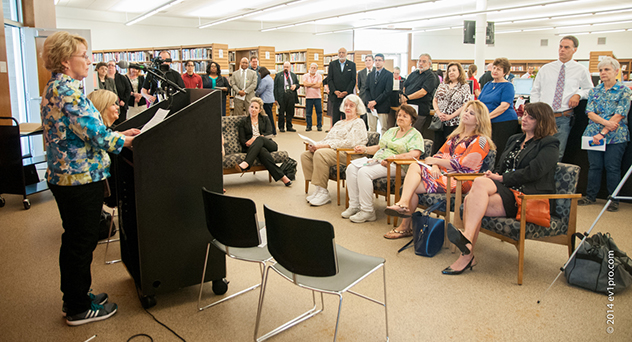 The facility underwent a major renovation in 2009 that included the addition of a meeting room in keeping with the original round architecture design. The Ring Neighborhood Library currently offers various free electronic resources and educational programs for children, teens and adults. 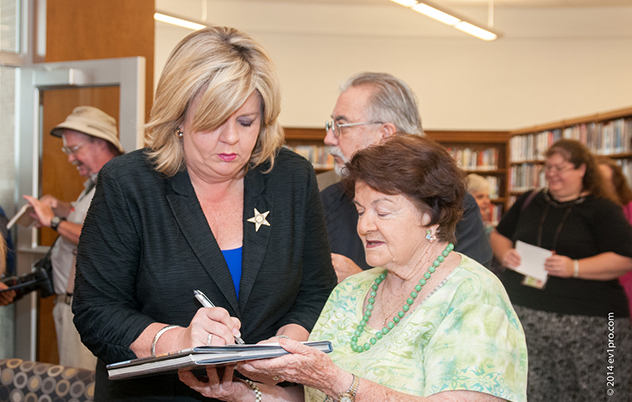