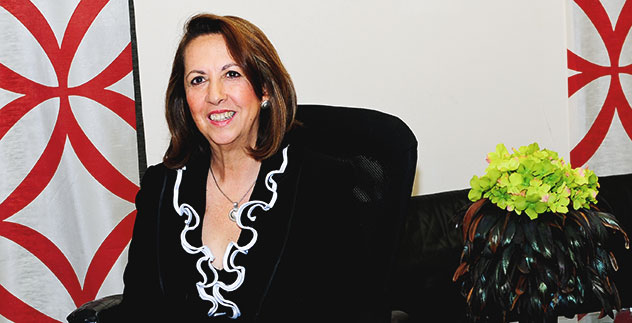 Carmen Tapia was always too ambitious to stay at home. Even after she and her husband, Manuel, an engineer, moved to the United States with their two children in 1979, she was determined not to let the language barrier keep her from contributing to the community.

Born in Ayacucho, Peru, she was a teacher in Lima who also attended cosmetology classes at night. So, once the family arrived in Spring Branch, it was only natural that she began working in a local salon and gained her Texas cosmetology license, but she soon saw the potential in managing a salon of her own and began to save money toward that goal.

In 1990, she and Manuel became U.S. citizens. Two years later, she opened a shop on Westheimer that was not as successful as she had hoped, so she decided to bring her talents back to her own neighborhood, opening Unisex Carmen’s Hairstyling in 1992.  Since then, she has become such a popular figure that she and her family are greeted by her clients everywhere they go.

Even with that kind of success, Mrs. Tapia wanted to do more. Her son, Omar Tapia, said she was determined to help other young women learn a skill to help them support their families when they could not attend a four-year college program. So, the Tapia family opened B1 Careers Beauty School at 10100 Hammerly in 2007––at the suggestion of enthusiastic clients and friends. Since then, the school has graduated at least 100 accredited cosmetologists and cosmetology instructors, he said. 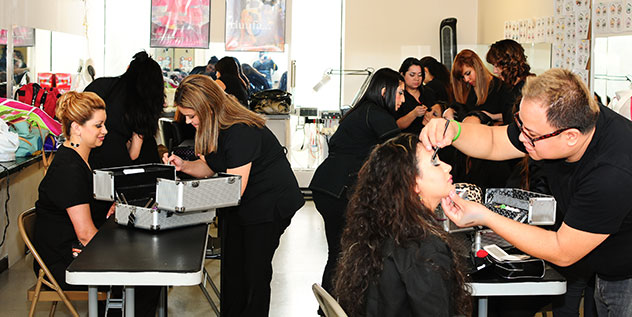 Night classes enable a greater flexibility for working mothers who want to work toward a career change, he added.

The business remains a family affair. Manuel Tapia began assisting in the business after he retired as an engineer. Omar serves as CEO, while his sister, Ursula Krebs, handles public relations and communications remotely from her home in Pennsylvania. Another Tapia daughter, Sandra, is also a cosmetologist involved in the business. The Tapias’ cousin, Jessica Vasquez handles registrations and admissions.

Retirement is not something Carmen Tapia is considering anytime soon.

“She wishes she could, but she’s always happier doing this,” her son said.

“It’s not possible,” she said. “I love my job because I help lots of people who need it–especially young people planning for their future.”