For 37 years, the private School of Automotive Machinists and Technology (SAM Tech) in the Spring Branch Management District has churned out some of the nation’s top high-performance machinists.

Soon after the school started, graduates found employment opportunities in places such as the auto racing world and the aerospace industry. But now some graduates also find jobs with private spaceflight companies such as SpaceX and Blue Origin, owned by multi-billionaires Elon Musk and Jeff Bezos.

“Still others will find jobs in the oil and gas industry as well as the medical field,” school Vice President Brian Massingill said.

“Our graduates aren’t going to work at (auto) dealerships or neighborhood mechanic shops,” he added. “There is nothing at all wrong with these jobs, but it not what we do. Our graduates go to work developing new ways to make horsepower for some of the greatest minds and companies in the performance industry.”

Sam Tech’s typical student has the drive and passion for motorsports and machining, Massingill explained, and about a third are from the military.

“We have been awarded the Military Friendly School designation 10 years in a row,” he said, and students range from new high school graduates to “retired people looking to work on their own hotrods.”

SAM Tech came to life in 1985 as the dream of his parents, Linda and Judson Massingill, who still own and operate the business.

In the 1970s, the company was Northwest Engine & Supply. When the property at 1911 Antoine became available, the couple bought it with an eye for growth of the business, which eventually became the School of Automotive Machinists. SAM Tech became its updated title in 2016.

The school’s highly detailed course work focus on subjects such as high-tech machining and the theory behind how to make power. In 2014, SAM Tech added an associate of applied science degree, and in 2015 began its EFI Calibration program. 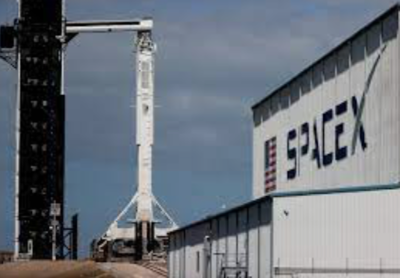 But the school’s Computer Numerical Control program opens even more doors as just about every industry that has machining is gravitating to the CNC approach. The path leads to positions in cutting-edge industries.

“Some will start their own shops, while others who take the CNC Program will go on to work in the aerospace industry at companies like Boeing, Blue Origin and SpaceX,” he said.

Yet, Massingill said, the school is small compared to its competitors, with a year’s typical enrollment about 200 students starting at different dates through the year rather than in a semester system:

”All classes are in-person as we are very hands-on and that is the only way we teach the machining, measuring, and practical experience in the classroom, the lab and at the track.”