Located in the same shopping strip near Gessner and Hanka drives in the Spring Branch District, you can’t go wrong whether you walk into either Roostar or neighboring restaurant Flower Piggy. It just depends where you want to be transported when you walk through the doors.
Is it the festive spirit of the Vietnamese street vendor scene? Then head into the bright and fast-paced Roostar, located on the grounds of the former Vietnam Poblano.

Or, are you looking to sit back and savor the smells and tastes of authentic Korean barbecue? The servers at Kot Dae Ji, also known as Flower Piggy, are ready to bring their cart of goodies to your table and assist you in the grilling process.

In a hurry? I noticed many of the customers at Roostar Vietnamese Grill had called ahead or placed online orders, arriving to pick up their bánh mì (read: bun-me) sandwiches and rice, noodle or salad boxes to go.

We were eating in and, at the counter, Diana took my order and took time to suggest I check in on the Yelp app to get a free papaya salad. She also suggested I use the homemade chili paste found in reused Goya glass bottles next to the other condiments for our two-meat combo box of chopped ribeye and grilled chicken, which we ordered with fried rice, all the fixings (lettuce, carrots, cucumbers, green onions, cilantro and fried onions), as well as avocado.

Diana was so right about the chili paste, which gave the meal a nice kick compared to the vinaigrette dressing that comes with the box. She also brought over chili oil infused with lemongrass and onion, which provided a nice sweetness to everything.

The papaya salad was spicy and sweet and had a great crunch — definitely worth the 30 seconds it took to check-in on Yelp.

Also from Yelp, I learned I should try the beef alphabet soup based on rave reviews. With the most tender beef and flavors similar to pho, the soup was gone before I could spell, “yum.”

A visit to Roostar isn’t complete without bánh mì. We chose the popular grilled pork sandwich, which we ordered with everything on it again (jalapenos, pickled carrots, cilantro, garlic aioli, soy sauce and cucumbers). It was as fresh as can be with amazing flavors and a perfectly crusty French roll baked that day.

All of the meats we sampled were lean and marinaded to perfection. Try the Thai Tea for a creamy (but not too creamy), citrusy and sweet (but not too sweet) treat with your meal.

It’s no surprise Roostar is so popular they opened a second location. The original is still in Spring Branch, though, and the restaurant has received plenty of accolades for their good food, including Yelp’s Top 100 Places to Eat in the U.S. and the Best Bánh Mì Shop by the Houston Press in 2015, 2016 and 2017. According to their website, their mission is to transport you to another place using fresh food and flavors and to make you feel at home with “good ol’ fashioned Southern hospitality.”

Looking for a more leisurely lunch or dinner date? Head into Kot Dae Ji, also known as Flower Piggy, where the servers will set you up meats grilled to perfection and seemingly endless bowls of banchan (side dishes).

But, first, there is the Korean Seafood Pancake. Sort of like a frittata, or maybe like a large potato pancake, it’s served up like a pizza, and it’s so good topped with the house sauce.

Try not to fill up on the pancake. It will be hard, but there are ALL the Korean side dishes you can imagine to sample next, along with your meat that is sizzling away on the grill.

We couldn’t get enough of the kimchi soup and kept passing it back and forth. Once that was gone, it was time to take on the “combo deluxe” — marinated boneless short rib, pork and chicken. (The small version was plenty for two people.) My favorite banchan, which I tried to hide from my dinner companion, included the radishes, fish cakes, kimchi and cucumber with chilis.

The Hite Korean beer was a nice accompaniment if you are looking for a drink with dinner. We didn’t sample the Soju distilled spirit, but there’s always next time! 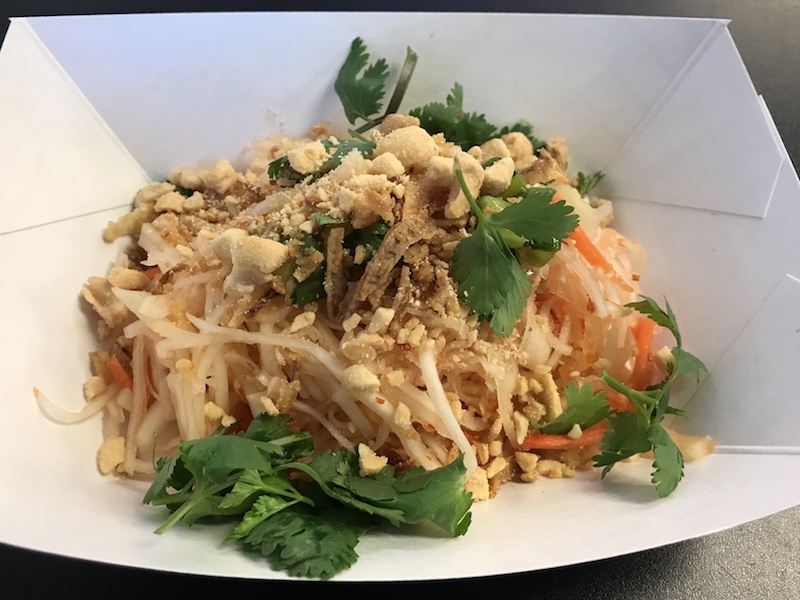 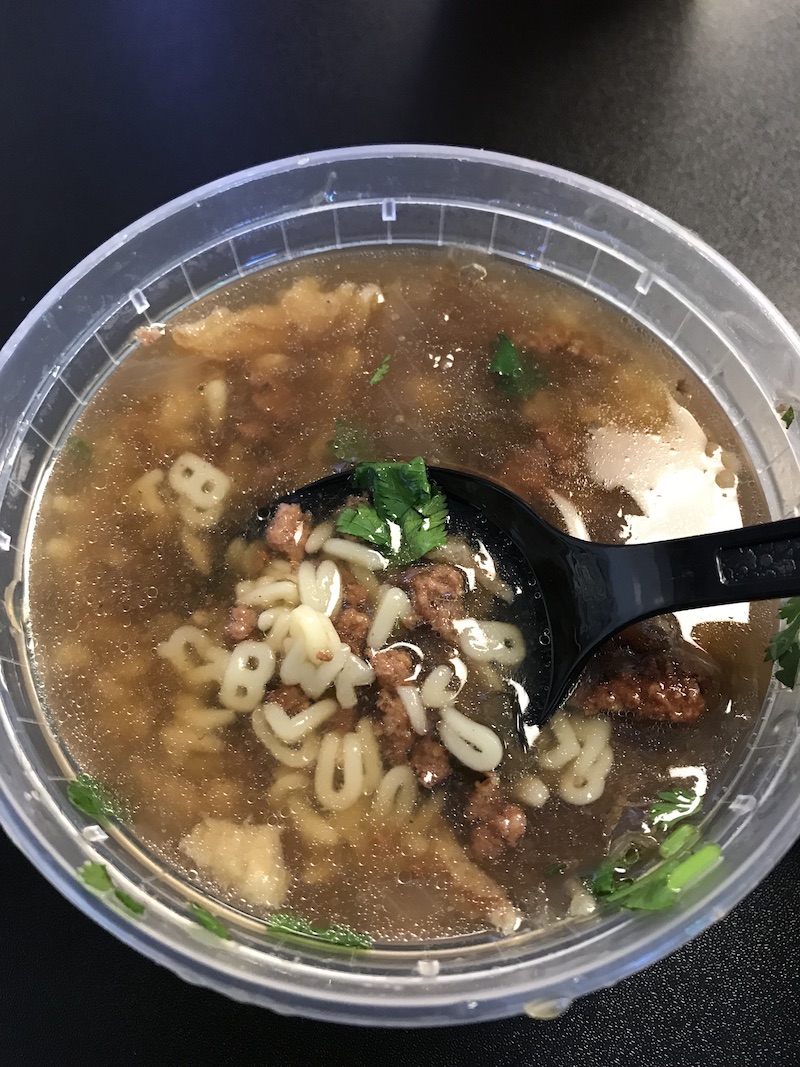 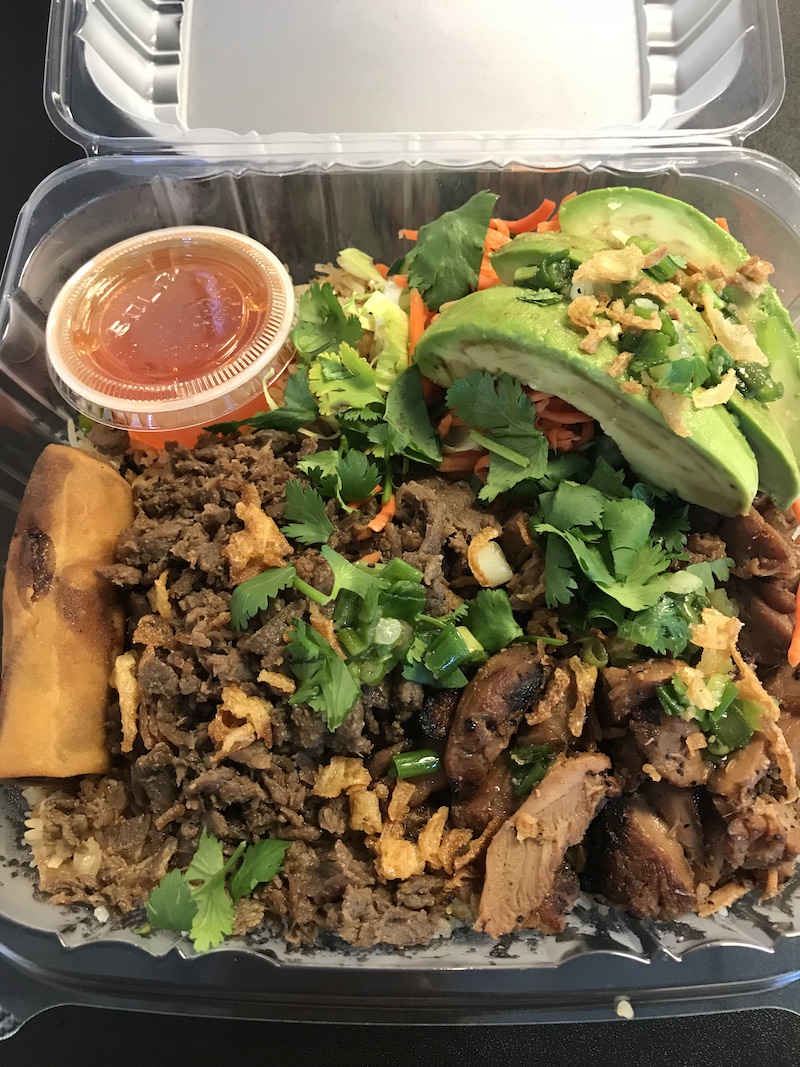 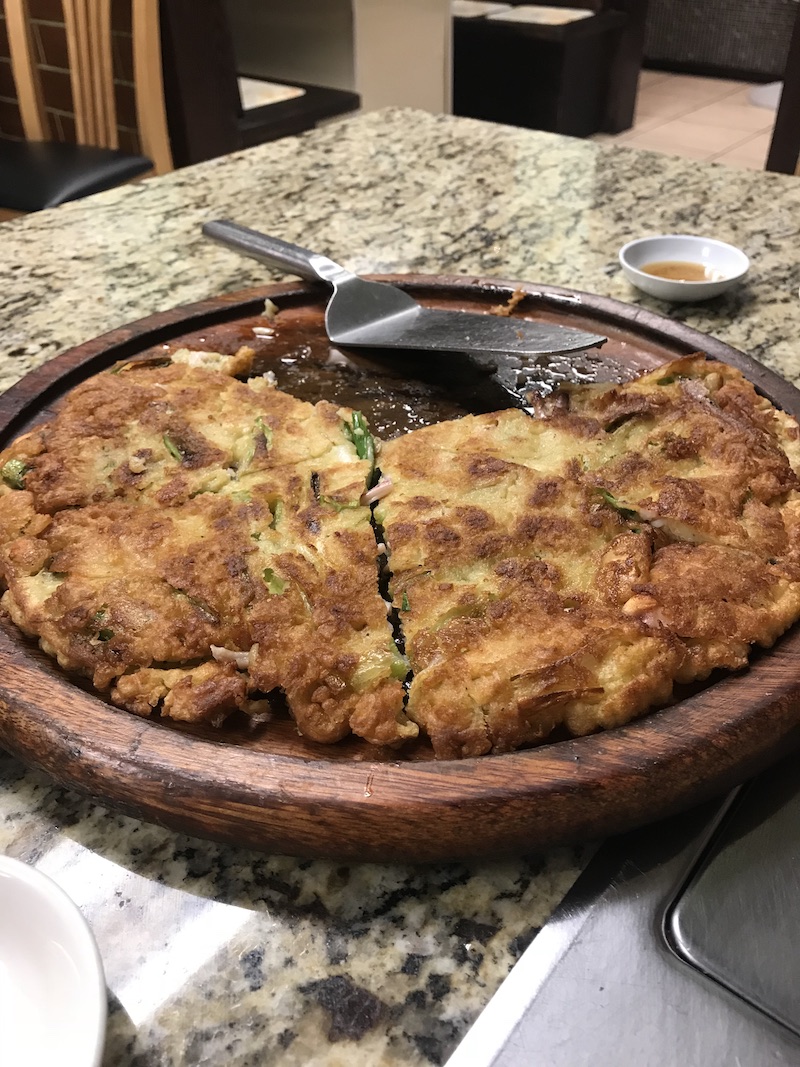 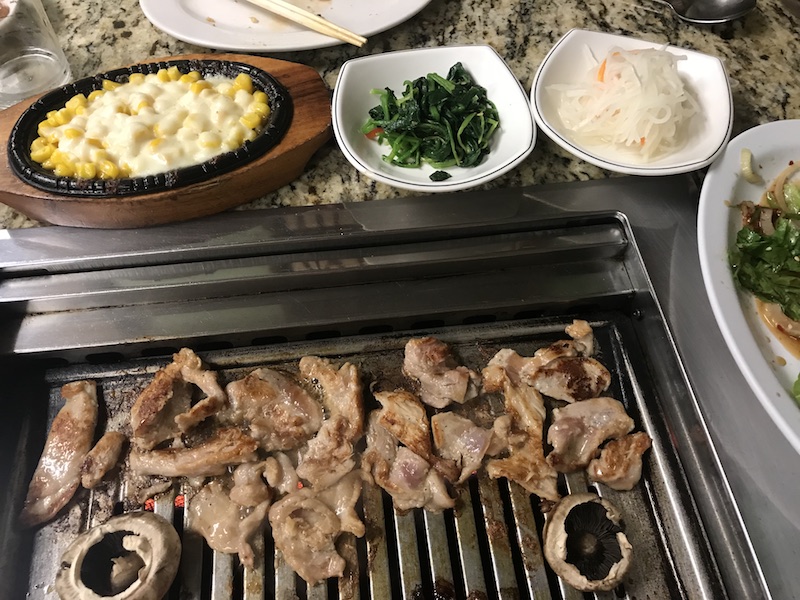