Year End Message from the SBMD Board Chair

Spring Branch District Evolving —
’The Proof Is In the Housing Market’ 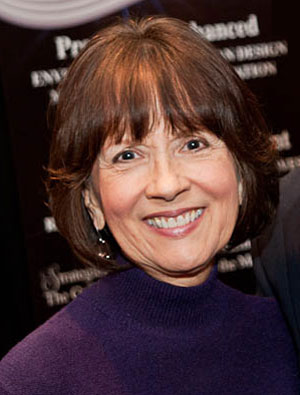 For the last 13 years, Spring Branch Management District Board Chair Pat Maddox has seen the District evolve from a “start up” to a valuable part of the immediate area and the entire region.

“The proof is in the housing market,” she said. “Median home values in Spring Branch have increased over $100,000 in the last five years as a direct result of our work on public safety, landscaping and infrastructure improvements.”

Maddox, whose background is in real estate, has been SBMD board chair since the District’s inception in 2005. Before that, she worked for the West Houston Association for 20 years first as program director and the last 14 years as executive director.

The West Houston Association (WHA) was one of the first organizations to plan and implement projects to improve the area for businesses and residents, Maddox said. “The difference is WHA is funded by voluntary membership, and SBMD is funded by assessments,” she said.

“I had worked for years with other volunteers to try to make improvements to Spring Branch but always lacked the funding until the management district was created,” said Maddox, who had retired from WHA and was doing consulting work when the legislation was written to create the SBMD.

Maddox was asked to serve on the SBMD board and, at the board’s first meeting, was elected chair.

Reflecting on this past year in particular, Maddox said 2018 was exciting because the board and staff have been working to begin construction and implementation of the projects that are the priorities in the District’s Comprehensive Plan.

Working off the 15-year “blueprint for action,” the board has plans for the reimagining of Long Point Road, has surveyed residents and stakeholders on their vision for Haden Park and is preparing for construction of a preliminary two-mile segment of the CenterPoint Trail.
According to Maddox, other parts of the Comprehensive Plan that have been put into action include drainage improvements and a marketing effort to bring more family-friendly businesses to the area.
The District has been reaching out to developers, home builders and potential residents with information on the amazing Spring Branch schools and improvements planned for the area in terms of safety, appearance and accessibility. The marketing has been successful as many new projects and business ventures are in the works in Spring Branch, and there is a growing buzz about the District. Spring Branch was named one of the “10 Hottest Neighborhoods in Houston in 2018.”

Looking ahead, Maddox said the biggest project for 2019 will be Reimagining Long Point Road.
Long Point Road, which runs for just over five miles from Conrad Sauer Drive in the west to Hempstead Road in the east, has historically been Spring Branch’s main commercial artery.
The Spring Branch Management District received a grant from the Houston-Galveston Area Council to conduct a Livable Centers study to facilitate improvements along Long Point. The goal of this study is to identify areas to improve multi-modal mobility (pedestrian, cyclist, and vehicular traffic), increase walkability and promote business development and economic growth.
The District, in cooperation with SWA Group, held three community meetings and conducted two surveys on the Reimagining of Long Point Road in 2018.
“In the next five to 10 years,” Maddox said, “I expect to see Long Point redeveloped as our beautiful Main Street with lots of great new businesses. I also expect the CenterPoint Trail to be connected to the trail system and provide not only recreational opportunities but an alternative commuter path for bikers. Haden Park will provide a family-friendly park and community event destination.”

To learn more about all of the projects and plans of the District please visit our website www.SBMG.org and sign up to receive news.

“On behalf of the Board of Directors and staff we wish everyone a very Merry Christmas and a prosperous New Year”.