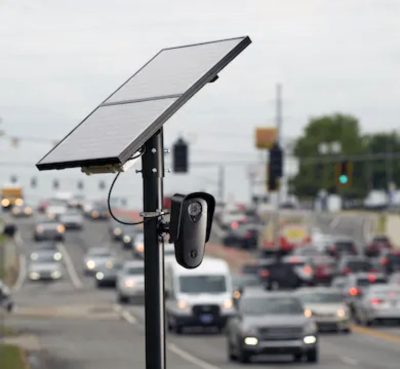 A new anti-crime, outdoor camera system funded by the Spring Branch Management District enabled Houston police to locate and arrest a driver soon after he savagely stabbed a stranger last week at a motel facing U.S. Hwy 290, according to the Houston Police Department.

The District paid for the delivery and recent installation of 10 Automated License Plate Readers made by Flock Safety, a national company whose camera systems have been adopted in several parts of Houston and in other cities.

On Nov. 3, the man knocked on a motel room door and was greeted by a guest unknown to him. The man stabbed the stranger, then got into a stolen truck and drove into Spring Branch, police said.

Officers from HPD’s Northwest Division Crime Suppression Team were called to the motel, where they collected the truck’s license plate number from witnesses. The officers entered the information into FLOCK’s data system and within one minute it matched images that had been captured by the cameras in Spring Branch.

Patrol officers used the information to locate the truck as it was being driven in Spring Branch. The suspect pulled the truck into a parking lot and ran away, but was soon caught by the officers. He confessed to having stolen the vehicle and stabbed the victim. He was arrested and jailed on criminal charges.

“The FLOCK cameras are the main reason this violent offender was apprehended,” according to an HPD statement.  “There is no guarantee an unknown suspect in a stolen vehicle would have been identified and located through normal investigative channels. At the very least, the FLOCK camera system saved the Houston Police Department from a lengthy investigation, while still seeing that justice was served.