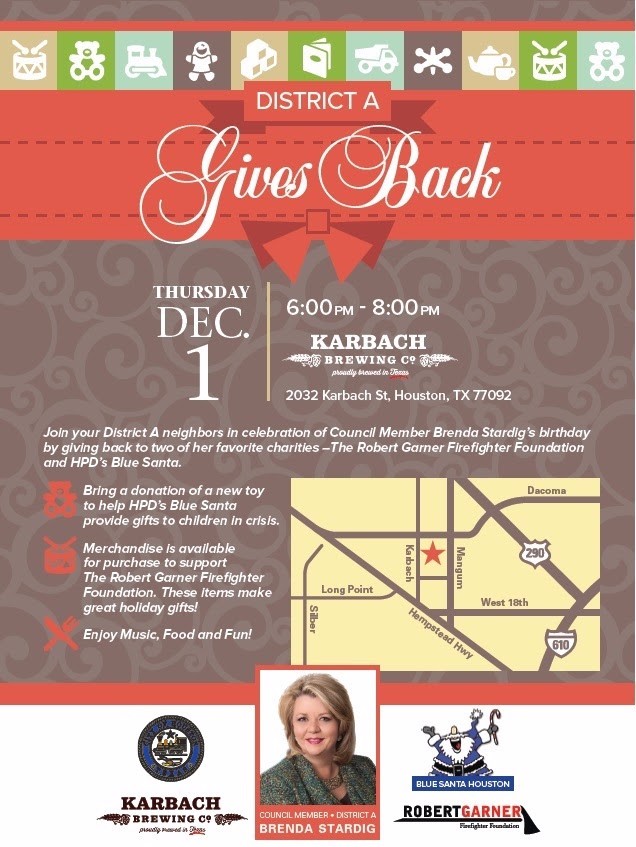 Join your District A neighbors in celebration of Council Member Brenda Stardig’s birthday by giving back to two of her favorite charities: the Robert Garner Firefighter Foundation and HPD’s Blue Santa.
• Bring a donation of a new toy to help HPD’s Blue Santa provide gifts to children in crisis.
• Merchandise is available for purchase to support the Robert Garner Firefighter Foundation. These items make great holiday gifts!
• Free light bites and Karbach pairings
• Enjoy music, food, and fun

Event will be in the Karbach dining room. Valet available. Thank you Karbach Brewing Co. for hosting this event! 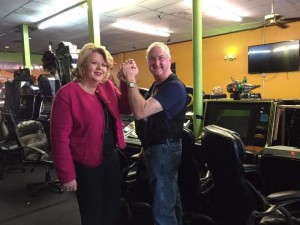 The Houston Police Department Vice Division initiated an undercover investigation into organized criminal activity at the Green Grass Game Room located at 9440 Long Point Road. In addition to an illegal game room, there were also issues with armed robbery, burglary of motor vehicles, and assaults.

HPD and District Attorney Devon Anderson were able to seize over $1.9 million laundered by the owners of the game room. It was determined by HPD that these profits were obtained illegally and that no taxes were paid on these proceeds.

Dan Harris, Captain of the Vice Division, credited this investigation to tips they received from our office as well as the overtime funds allocated to District A from our Council District Service Funds.

Thank you to HPD and District Attorney Devon Anderson for making our community safer!

To watch a video from the DA’s office with more information, click here.

When severe weather or other emergencies strike, the effects can be widespread and may be injury or death. That’s why its important to stay up to date with emergency notifications offered by trusted, local and national authorities. In Houston, we use three different systems to notify the public. These are used based on the severity and scale of the emergency. 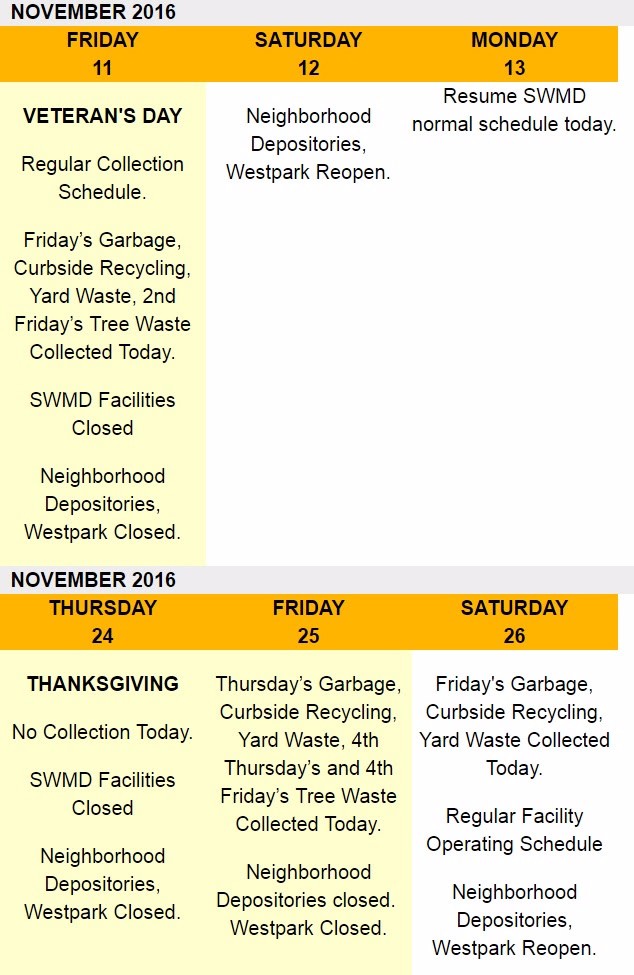 Ring in the season with the 97th Annual Mayor’s Holiday Celebration and Tree Lighting Presented by Reliant, an NRG Company on Friday, December 2, 2016 in the heart of downtown Houston. The spectacular event is a holiday tradition of music, Santa, fireworks and family fun. A towering Holiday Tree, glowing with energy efficient LED lights, shimmering ornaments and a stunning star topper will light up the streets of downtown Houston this holiday season. The event takes place in Hermann Square at City Hall from 6:00 to 8:00 p.m. and is free and open to the public.