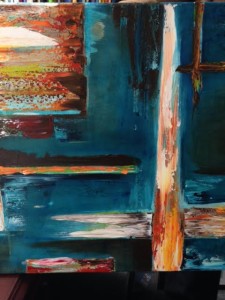 When veteran Spring Branch ISD art teacher Altharetta Yeargin died last year at the age of 93, she left behind an extraordinary legacy. Hired as the school district’s first full-time art teacher in 1954, Yeargin spent her career championing arts education. Her summers were often spent traveling the world on assignment with her husband, commercial photographer Bob Yeargin. Everywhere they went, they bought fine art, eventually amassing a collection of some 600 rare artifacts from Africa, Japan, Pre-Columbian America, and elsewhere, dating from antiquity to the present.

Those artworks, which have been appraised at over $200 million, now form the permanent collection of the district’s Altharetta Yeargin Art Museum, which opened in 2003 in a 6,000-square-foot custom facility on the campus of the Westchester Academy of International Studies. The museum comprises three exhibition galleries designed by the Smithsonian Institution, a theater, a classroom, and an art reference library. Funded in by a grant from Coca-Cola, it’s believed to be the first art museum in the country owned and operated by a public school district.

Before they were installed at the museum, the artworks were displayed at various Spring Branch campuses and used as educational tools for the district’s art teachers. “Altharetta’s whole objective was to show the kids these artifacts, and how you can tell a lot about a country and its culture by looking at the things they made,” said Leann Newton, the museum’s co-curator. The museum is in the midst of a campaign to raise $50,000 to support its operations.

In addition to its permanent collection, the Yeargin Museum also stages temporary exhibitions. For this week only it will host the AYAM Biennale, an exhibition of work by 25 Spring Branch ISD art teachers. The art includes oil paintings, sculptures, ceramics, mixed media, and photographs, and ranges in price from $10 to $700. The featured artist is Andres Bautista, a beloved art teacher who unexpectedly passed away over the summer.

“He was one of those teacher who really change students’ lives,” said SBISD Visual Arts Director Sally Doyle. “He helped get so many students into college, including students from families that had never had someone attend college before.” To honor Bautista’s legacy, a portion of the proceeds from all sales at the exhibition will fund college scholarships for Spring Branch ISD students.

The museum has been staging exhibitions of work by the district’s art teacher for years, but this time the curators decided to rebrand the show as the Biennale, an Italian term for an exhibition held every other year. “We wanted to get with the trend,” Newton said with a laugh. “There are Biennales all over the world, so we decided to have our own.”

Although Thursday is the final chance for Houstonians to see the three-day Biennale, the Yeargin Museum’s permanent collection is open to the public every Tuesday and Thursday from 10 a.m. to 4 p.m. Drop by one day and find out why many consider the museum to be one of Houston’s best-kept secrets.