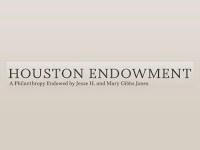 Thirteen Spring Branch ISD students have been named 2015 Jones Scholars by the Houston Endowment and qualify for significant annual scholarships during college and university years ahead.

As Jones Scholars Award winners, these high school seniors are eligible to receive up to $16,000 toward a bachelor’s degree. Jones Scholars are nominated by their high schools. A committee of the Rotary Club of Houston then makes the final student selections based on academic achievement, economic need, leadership skills, community service and personal character.

Houston Endowment is the philanthropic foundation established by Jesse H. and Mary Gibbs Jones in 1937. It aims to improve the vibrancy and actual lives of all Houston area residents by advancing the equity of opportunity for all living here.

Since the Jones Scholars Program began in 1958, Houston Endowment has given out more than $100 million to send more than 11,300 regional students to colleges and universities.