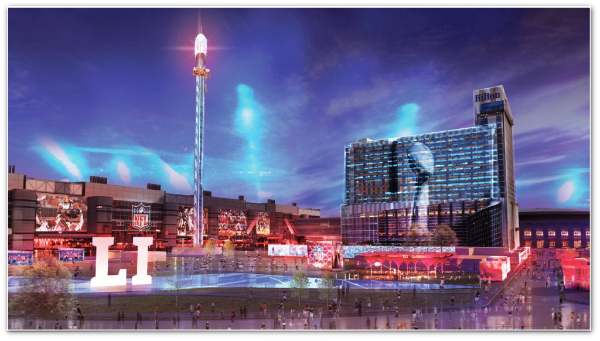 It’s official, the Houston Super Bowl Host Committee’s signature event during Super Bowl week is named ‘Super Bowl LIVE’. The festival, which will be free to the public, will be located in and around Discovery Green in downtown Houston. Super Bowl LIVE will run for 10 days, starting Jan. 27 and last through Super Bowl Sunday on Feb. 5. There will be games, food, music, sponsor activations and a centerpiece attraction that is being described as the ‘Wow Factor’ which will deliver an unforgettable experience for attendees.

The central gathering point for those celebrating Super Bowl week has had a unique name in each host city. Past names have included Super Bowl City, Super Bowl Village and Super Bowl Boulevard. Super Bowl City in San Francisco earlier this year drew more than 1 million attendees during the 10 days leading up to Super Bowl 50. The footprint for Super Bowl LIVE will be nearly twice the size of San Francisco’s event, and the Host Committee is anticipating similar attendance numbers, with the possibility of larger crowds due to the NFL’s main Super Bowl attraction, NFL Experience, being held next to Super Bowl LIVE inside the George R. Brown Convention Center.

Registrations have been coming in fast and furious for the Business Connect program, as local businesses apply to join the NFL’s supplier diversity network for opportunities to do business with the League and its sponsors during Super Bowl LI. More than 500 businesses have signed up to be a part of the program. Businesses must be at least 51 percent minority, women, LGBT or disabled veteran owned, and be certified, or going through the certification process, by one of four agencies (City of Houston Office of Business Opportunity, Houston Minority Supplier Development Council, Women’s Business Enterprise Alliance and the National Gay & Lesbian Chamber of Commerce).

Though being a part of the Business Connect program is not a guarantee of winning a contract during Super Bowl LI, the benefits participating companies have received, through increased contacts and networking, have historically had a positive impact on those businesses long after the game is played. CLICK HERE to learn more about the Business Connect Program, and how to apply.

The Houston Super Bowl Host Committee’s charitable giving program, Touchdown Houston, is up and running, thanks in large part to charitable partner, the Greater Houston Community Foundation (GHCF). Touchdown Houston is designed to lead Houston into the end zone by providing a positive legacy beyond Feb. 5, 2017. With the NFL Foundation kicking in $1 Million, Touchdown Houston will donate $4 Million in grants to nonprofit organizations in the Houston area with a focus on three key areas of giving: Education, Health & Wellness, and Community Enhancement.

The Greater Houston Community Foundation serves as the administrator of Touchdown Houston. Since 1995, GHCF has enabled corporations, foundations, and other organizations to amplify their giving in new ways, and as a result has become one of the largest grant makers in the city. Just last year, GHCF donors gave nearly $112 million to nonprofit organizations in the areas of education, health, human services, the arts, and more, with more than 51 percent of their contributions staying within the Greater Houston area.

“We want to be known as an organization that partners with our donors to meet their charitable goals, and in this fashion helps to improve the quality of life for people in our community. We’re pleased to be working with the Houston Super Bowl Host Committee in this endeavor.” Steve Maislin, CEO of the GHCF said.

Applications for Touchdown Houston will be accepted until June 30, 2016. Visit www.housuperbowl.com/charitable-giving for more information.

COUNTING DOWN AT DISCOVERY GREEN 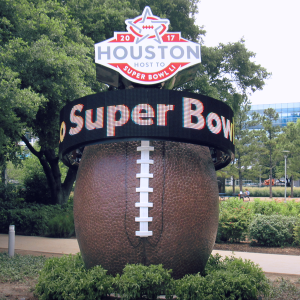 The fourth and final countdown clock made its debut May 24 on Discovery Green. The clock stands 15 feet tall and counts down the days until Super Bowl LI is played at NRG Stadium on Feb. 5, 2017. Previous clocks are located at NRG Stadium, on JFK Boulevard near Bush Intercontinental Airport and inside the main terminal at Hobby Airport.

Houston has not had a team play in the Super Bowl yet, but that doesn’t mean Houston doesn’t have a rich Super Bowl history. More than 115 players from the Houston area and Southeast Texas have played in Super Bowls through the years. Here is the story of one of those players, Yates High School graduate and Super Bowl XXXI champion with the Green Bay Packers, defensive end Santana Dotson. READ MORE

The Host Committee is more than halfway to its goal of recruiting up to 10,000 volunteers for the 10 days leading up to Super Bowl LI. Volunteers will be ambassadors for Houston. Volunteers might be the only representatives of the Host Committee to interact with visitors to the city, and that contact has the power to create an incredible Super Bowl experience. Click here to find out more information on what it takes to be a volunteer and how you can sign up to join the team. 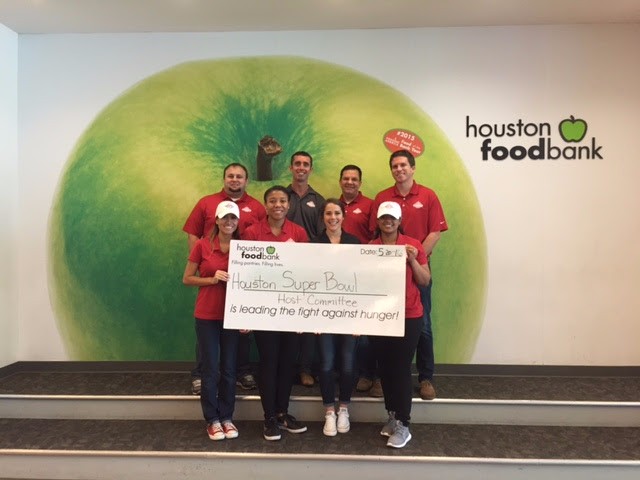