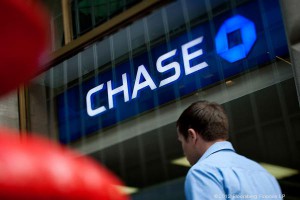 JPMorgan Chase Bank may not be adding any branches in Houston this year, but in 2014 the banking giant is poised to plant a “handful” of spots in the city.

The first of the set is expected to open its doors at the intersection of Fannin and Braeswood in February next year, regulatory filings show.

“Next year, we’re going to open (the Fannin branch) and a handful of others” in Houston, Hassell said, adding he could not yet disclose the exact number of expected branches.

Hassell said the Fannin branch, which was approved by banking regulators June 4, is expected to house the Chase Private Client practice, the bank’s private banking service for affluent clients.

The $2.4 trillion-asset bank was the largest financial services company in Houston last year with $56.4 billion in local deposits, capturing 31 percent of the Houston market.