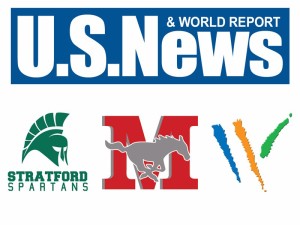 Three Spring Branch ISD secondary campuses were named recently as Best High Schools in the state and nation by U.S. News & World Report in its 2015 ranking of public high schools in America.

Memorial and Stratford high schools and the district’s public charter high school, Westchester Academy for International Studies, were all rated among the top 100 high schools in Texas in the latest annual ranking.

In addition, the SBISD high schools ranked among the top 1,000 high schools out of 29,000 campuses reviewed. They earned Gold and Silver category medals from U.S. News & World Report analysts and editors.

Read more at The School Zone.