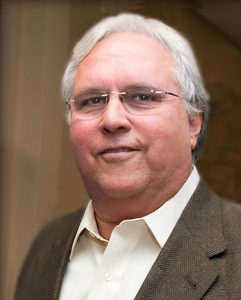 For the last 11 years, David Schwab has served on the Spring Branch Management District Board, many of them as chairperson of the Environmental and Urban Design Committee.

While he says he believes the SBMD board is an effective body that works to “get things done,” he concedes that aesthetically improving an entire community isn’t something anyone can do overnight.

Whether it’s working through red tape with the city, conducting soil tests to choose the best materials and landscaping or responding to the endless reports of damage to esplanades from careless drivers or large trucks, it’s a slow and methodic process but, he said: “If you could see the before and after, the feedback we are getting is that people are seeing a difference.”

Schwab’s EUD committee is responsible for the District’s branded monuments, street signs, flag markers, esplanade plantings and maintenance of the signs and esplanades should one of them become damaged or need repair, as mentioned.

The District maintains 228 esplanades in the area. Recently, the committee discussed the use of bullrock in certain esplanades where panhandlers are damaging the turf. A mock-up of the design will be prepared by Monarch Landscape Management for review by the committee in the near future.

Monarch also maintains irrigation systems in esplanades, helping to keep the Spring Branch area more attractive to current and potential businesses and the communities which surround them.

The District is also active in replacing damaged median tips across the district, as well as redesigning and engineering tips to be more durable, keeping esplanades intact thereby increasing the life expectancy of the plants located within esplanades.

Schwab said a goal of the committee is to keep Spring Branch “green” 90 percent of the year, and they have done extensive work to study landscaping that will allow that to happen.

In addition to adding aesthetic improvements, the EUD committee oversees the regular and routine removal of “Bandit Signs,” those little homemade signs that adorn the intersections of so many other parts of the city, and general litter, which clutters intersections and detracts from the aesthetic appearance of an otherwise well-maintained neighborhood.

“We strive to make Spring Branch clean and green with enhanced esplanades, signage, litter abatement, and graffiti abatement,” said Josh Hayes, SBMD Deputy Executive Director, adding: “We are excited to be in the planning phases of three new esplanade projects on Gessner, Hammerly, and Silber.”

Also in the near future, the EUD Committee will be considering theater lighting for Long Point Road and the rest of the district.

Schwab said he was thrilled that a city project to widen and enhance Gessner Road is finally being implemented, after many holdups by other entities. In addition to other enhancements, this project allows for many utilities to be transferred to back-of-property utility lines, reducing utility lines visible from the street.

The District’s role in the Gessner project includes the maintenance and landscaping of the new esplanades along Gessner, and the installation of new theater lighting along the corridor.

For the future, Schwab said, the committee will continue to push along current and planned projects.

“The main thing is to finish the good plan we have in the district,” Schwab said. “I’ve really enjoyed serving on this board because I really believe we are effective. We get things done, and I hope the constituents see it.”

Any issues with esplanades or other environmental issues can be reported through the “report an issue” link.