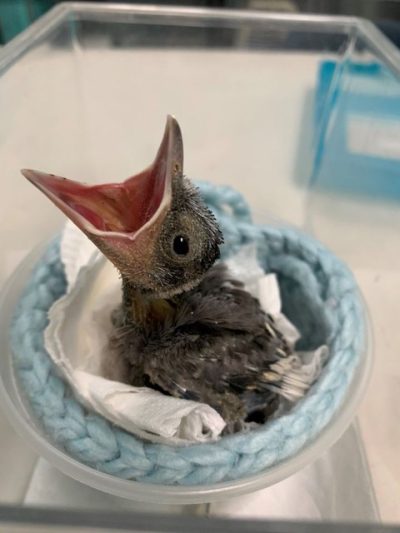 The Spring Branch District’s TWRC Wildlife Center has had a year of extreme ups and downs, starting with an “up” — the expansion of its veterinary room into a full-service wildlife hospital.

Roslyn Even Wildlife Hospital, named after a longtime wildlife rehabilitator and former TWRC executive director, officially opened with a ribbon-cutting ceremony May 21.

The TWRC (Texas Wildlife Rehabilitation Coalition) Wildlife Center is located at 10801 Hammerly Blvd. The hospital will ensure exceptional care is available for some of greater Houston’s most vulnerable residents: local wildlife.

“The need for this life-saving hospital is great and will make a difference in the survivability of our patients,” said Mary Warwick, executive director of TWRC Wildlife Center.

Grants from the DJ&T Foundation (founded by TV game show host Bob Barker), the James A. “Buddy” Davidson Foundation and TC Energy funded most of the expansion. Fundraisers and donations from other generous donors financed the remaining needs, Saxton said.

Soon after celebrating the exciting addition to the wildlife center, the staff and volunteers at TWRC mourned the loss of a long-time volunteer.

Fifteen-year volunteer and former TWRC board member Jeannie Gresko passed away this August. 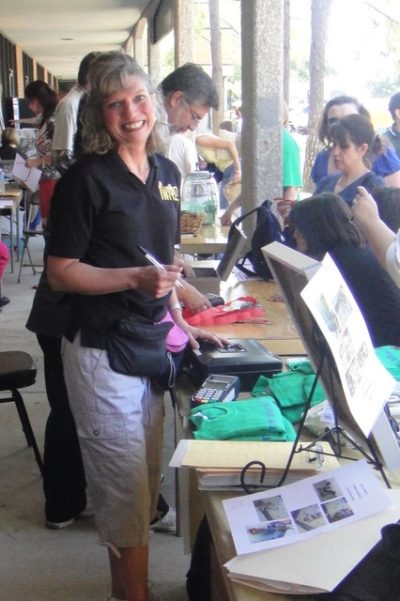 “Jeannie had a passion for helping all creatures,” said Saxton.

Back in 2019, the Spring Branch District talked with Jeannie Gresko for a story about TWRC’s search for a new space. The cost of leasing was and is a burden for the organization, and Gresko said the coalition was seeking a location more suitable to its needs.

“Our hope is that we can remain in the Spring Branch/West Houston area,” Gresko said then. “But without generous sponsorship and assistance for funding or donated space, we are struggling to make ends meet.”

All money raised for the Jeannie Gresko Memorial Fund will go to a permanent building fund. Jeannie’s family has donated an initial $100,000. If TWRC can match the $100,000 through donations, within 12 months, the family will donate another $100,000.

The family will also consider a greater match if TWRC is able to raise more than $100,000.

“We really need support from the community and local business owners to help us match the $100,000 donation,” Saxton said.

In addition to the onsite emergency and rehabilitative facility for wildlife, TWRC provides public educational outreach programs and operates a telephone hotline for people with questions about wildlife, including what to do when injured or ill wild animals are found.

“Our mission is to rehabilitate wildlife with the intention of returning healthy animals to the wild and also to educate the public on ways to live in harmony with our wild neighbors,” Gresko said in 2019. 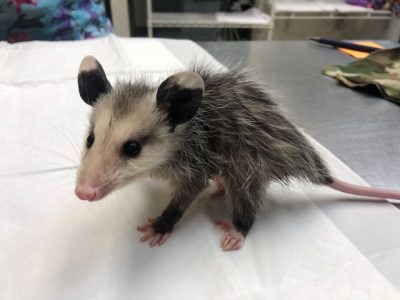 TWRC cares for native and non-native Texas wildlife found in and around the Houston area, with a specialty in small mammals, migratory songbirds, small raptors and reptiles.

TWRC began as a coalition of home-based wildlife rehabilitators after an oil spill in the Gulf of Mexico in 1979. In 1992, TWRC opened Houston’s first wildlife shelter and education center in a renovated trailer behind Town and Country Mall. In 1994 ,TWRC was generously offered a vacant suite inside the mall.

In 1998, TWRC moved to a leased space at Memorial Drive and Wycliffe to allow for expansion of services and increased volunteer engagement. In 2008, TWRC again outgrew its space and moved the animal care and education facilities to its current location in an office park at Hammerly and Brittmoore.

With community support, TWRC Wildlife Center hopes to find a permanent home in the Houston area, fulfilling the dream of its dearly missed volunteer.