Houston is increasingly recognized as one of America’s truly great cities. There are multiple reasons that it has been extraordinarily successful in its journey to become what Business Insider called “The Best City In America.” Its reputation as a world class city is well known and well deserved. The oil and gas industry, cultural diversity, a rich and vibrant food and music scene, and job creation are just a few of the categories in which Houston excels. That didn’t happen without a lot of hard work and innovation. 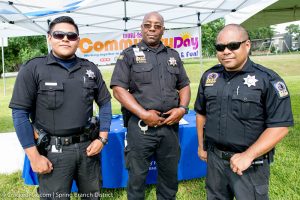 In 2011, David Hawes, Executive Director of the Spring Branch District and Senior Partner of Hawes Hill & Associates, LLP had a conversation with Harris County Attorney, Vince Ryan. Mr. Hawes was concerned about increasing crime in Houston and its effect on quality of life issues and negative impact on local businesses. He wanted to work with County Attorney Ryan to explore using Chapter 125: Common and Public Nuisances of the Texas Civil Practice and Remedy Code as a tool in the fight. He had seen Chapter 125 applied in other cities with some success and thought it could help in Houston.

Area Management Districts including Spring Branch agreed to fund three County Attorney positions that would be dedicated to enforcement of Chapter 125. In the beginning, there were fewer cases than projected as enforcement was limited to responding to incoming calls for service from the public. Since so many of the Chapter 125 violations occur well after hours, most violations weren’t reported and, thus, continued to be unaddressed. It was apparent to Hawes that they needed to be more proactive.

To that end the Districts hired a private investigation firm to investigate and provide intelligence to law enforcement and the County Attorney’s office. That intelligence helped prove the usefulness of Chapter 125 enforcement to the County Attorney and local law enforcement by providing the basis for suits. “Incarceration alone has a limited effect on the long-term health of a community,” said Brian Burks, Director of Public Safety for the Management Districts. ”The linchpin is redevelopment dollars. People could see that the community was committed to bettering itself and, thus, were willing to invest.” 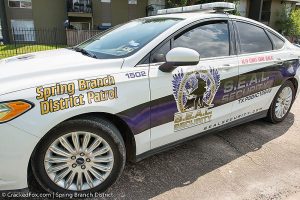 The program has worked so well that Executive Director Hawes reports that Houston Police Department’s Chief Acevedo investigated its efficacy and is now utilizing aspects of the Chapter 125 as an enforcement tool in the city.

Since 2013, there have been 156 successful Chapter 125 suits brought by the County Attorney’s office. However, Chapter 125 is not a cure-all. Better communities rely on everyone to create and maintain them. This includes not just businesses but also everyday citizens. If the County Attorney brings a Chapter 125 suit against a commercial property owner, the Management District will work with that owner to rectify the problem. They will provide consultation on security, property surveys, and if necessary, increased security patrols. Voluntary compliance with the law is the goal. “Nine times out of ten the property owner isn’t even aware there is illegal activity on the property”. “It is an added benefit to the property owner that is paying the assessment. They are getting value from the program in terms of public safety and a clean community,” said Hawes. “People deserve to live in a safe place.”