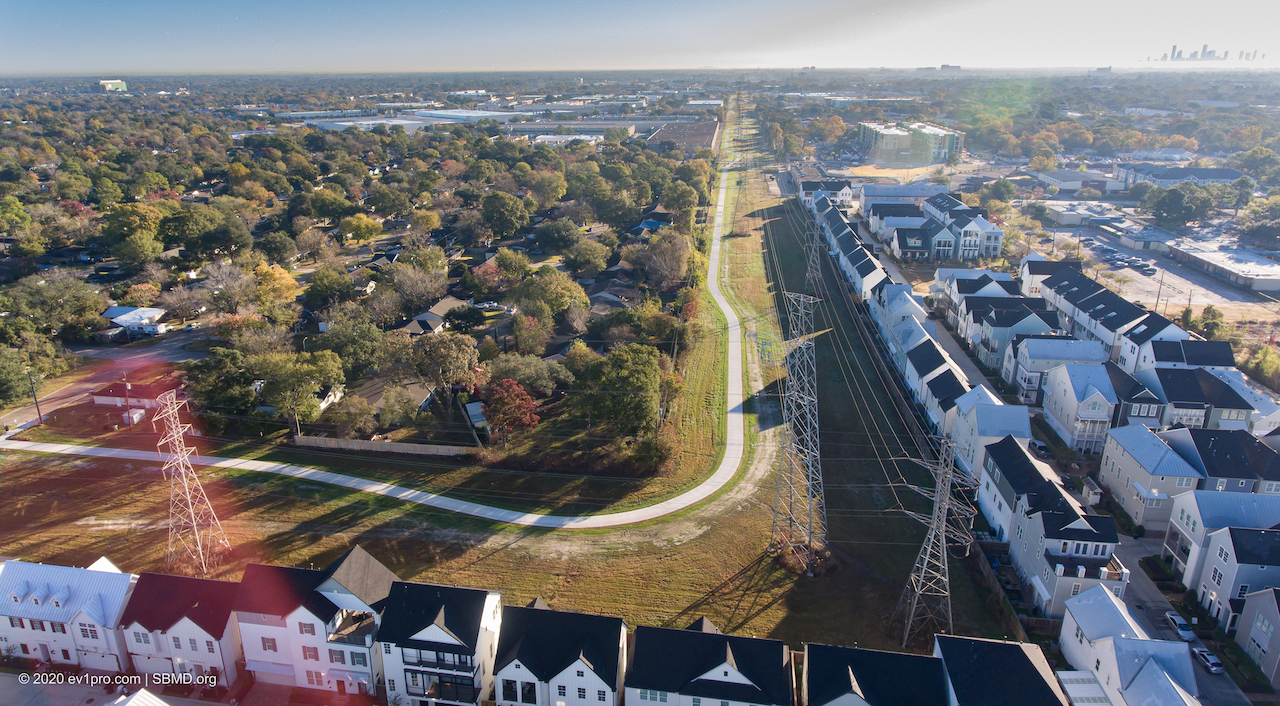 Community invited to participate in an update regarding trail segment design

During the virtual meeting, community members will hear an update on the progress of design plans to create a trail from Gessner Road west within the CenterPoint easement.

Planning, design, and construction of this hike-and-bike trail is the next step towards connecting Addicks Reservoir to White Oak Bayou Greenway as outlined in the District’s 2015-2030 Comprehensive Plan. The Spring Branch Trail is part of a larger planned regional amenity for outdoor recreation, exercise, and commuting that is proposed to connect over 22 miles of trails.

WHY:  The Spring Branch Trail is a multi-year regional trail project with an objective to construct an 11-mile trail network between the existing Addicks Reservoir Bike Trail to the west and the White Oak Bayou Greenway to the east. In 2014, the City of Houston and CenterPoint Energy signed a Master License Agreement that would allow the city to build hike-and-bike trails on CenterPoint Energy utility corridors. This agreement, managed by the Houston Parks and Recreation Department, opened the potential for a greatly expanded trail system across the city. In December 2020, the SBMD, Houston Parks Board, and the Houston Parks and Recreation Department celebrated the completion of Phase One of the project.

The study for the overall trail route was completed in January 2020 by SBMD in collaboration with H-GAC, the City of Houston, and TxDOT with TEI as the lead project designer. When complete, the trail will connect hikers and bikers to each other, schools, parks, retailers, and other amenities like never before to bring safety, connectivity, health, and economic benefits surrounding areas.

Link to the presentation PDF

Link to the Community Presentation summary

As part of the Spring Branch Management District’s 2015-2030 Comprehensive Plan, the District identified a vision to connect the Addicks Reservoir to White Oak Bayou Greenway with an 11-mile hike-and-bike trail through the heart of Spring Branch.

Currently existing within this overall proposed trail network is the popular Emnora Lane Hike-and-Bike Trail, built and maintained by Harris County Precinct Four, along a CenterPoint Energy easement from Gessner to just west of Moorberry Lane, north of Hammerly Boulevard.

The District and Houston Parks Board partnered to design and build a first phase of the District’s vision, which included community input through a series of public meetings.

This first project, called “Spring Branch Trail Phase 1,” built and completed in December 2020, is from Blalock Road to Wirt Road and followed the same CenterPoint Energy easement that the Emnora Trail is on, north of Hammerly Boulevard. Click here to see a map of the completed trail and read below for the press release that was issued by the District.