Skip to content
Home » News » SpringSpirit Baseball Uses Sports to Keep Kids In School, Out of Trouble
Previous Next

SpringSpirit Baseball Uses Sports to Keep Kids In School, Out of Trouble 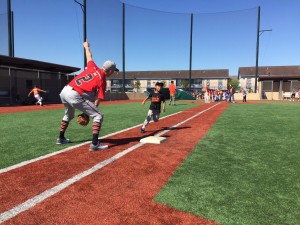 Before SpringSpirit Baseball acquired the seven-acre property on Pitner Road, just off Hempstead Road in north Spring Branch, it was one of the poorest and most crime-ridden areas of Houston. “It was used for all kinds of stuff—gang initiations, prostitution, all sorts of darkness,” said SpringSpirit’s director of development Alison Young.

Today, the SpringSpirit Youth Sports and Education Complex occupies the space, and comprises a high school-size artificial turf baseball field, a Little League-size grass field, batting cages, multipurpose fields, and a community center that hosts daily study sessions. The area is still one of Houston’s poorest, with a predominantly Hispanic population, but the presence of SpringSpirit has changed the lives of countless neighborhood children. About 800 local kids participate each week in one of the organization’s myriad programs. (An estimated 10,000 kids under the age 18 live within a two-mile radius of SpringSpirit.)

SpringSpirit was founded in 2009 by Kenny Baldwin, who grew up in a similarly depressed area of south San Antonio. Baseball was his ticket out of poverty—he won a sports scholarship to Rice University, then went on to briefly play minor league ball before going to work as a business consultant at Accenture. After retiring early, Baldwin wanted to provide more kids the opportunities he had, so he created an organization that would use baseball to teach character and keep kids out of trouble. 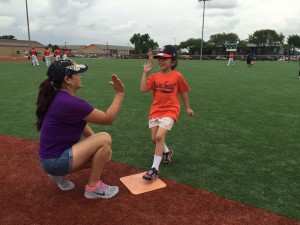 “It’s not just about sports for sports’ sake,” Young told me  while giving me a tour of the baseball fields. “It’s about healthy living, an active lifestyle, all the life lessons you learn from sports—teamwork, resilience, grit. The school district can’t do it all by themselves, so we partner with them.” Neighborhood leaders and organizations have also pitched in; the Spring Branch Management District has provided two $13,000 grants. Former Astros star Lance Berkman is a board member.

All the effort seems to be paying off. According to Young, the police say that crime and 911 calls have gone down in the area since the facilities opened in 2012. The secret, according to program director Haley Reiser, is providing low-income children with a sense of stability. “One of the biggest challenges our kids face is chaos in their lives,” she said. “A lot of kids move in and out of apartments, they change schools, maybe their mom or dad is out of their lives. Here, they know they’re going to get structure. They’re going to have the same coach, the same study hall tutor, the same youth ministry leader.”

“The sports association made an exception to allow us to do that,” Young said. “For the first couple of years, when our kids weren’t very good, that was no big deal, but now we’ve got people who are our donors, and their kids’ teams are losing to our team! Still, that’s a good problem to have.”