A café looks to float higher in memory of its founder 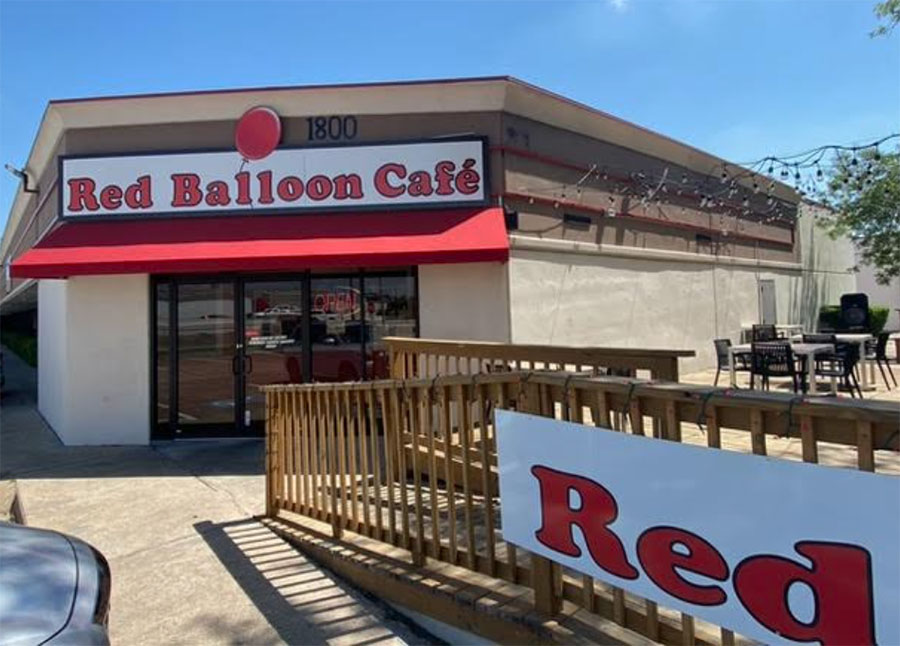 You can’t miss the Red Balloon Cafe in the Spring Branch District. Just look for the red balloon above the marquee. And the other one on the patio fence. And the two on the “Best Chicken Fried Steak in Houston” sign.

The theme continues into the spacious and bright restaurant, where you can follow the numerous red balloons to delicious and fresh comfort food — from tasty burgers to a variety of seafood to hearty salads.

In a YouTube video from 2021, Red Balloon Cafe Owner and Executive Chef Eric Grbic — who passed away this year — gave a tour of the restaurant and demonstrated how he prepared the restaurant’s most popular menu item, chicken fried steak.

Grbic said his mother came up with the name of the restaurant in 1984 when they opened the first Red Balloon Cafe off Dairy Ashford. She took the name from a French film.

“The Red Balloon” is a 1956 short film that follows the adventures of a young boy who finds a floating red balloon and follows it on adventures through Paris.

The trajectory of the Red Balloon Cafe is an adventure as well, with ups and some very tragic downs.

Chef Romeo with a photo of the late Eric Grbic

In 2011, when Red Balloon Cafe was located on Westway Park Blvd., a review in a local magazine called it a “fabulous little restaurant” and said the chef performed magic tricks for the kids when he wasn’t cooking.

Just two years later, the chef appeared in news reports advocating for justice and traffic safety following the death of his son, Chase, who was killed at age 24. Chase was the passenger in a car involved in a crash caused by an inebriated driver.

At some point, the Red Balloon Cafe closed and Grbic worked as a restaurant consultant, developing menus for and advising restaurants in the Houston area.

Eventually, the chef decided to bring the Red Balloon Cafe back to Spring Branch, where he was from. His popularity in the community was evident as he posted on Facebook leading up to the re-opening of the restaurant. Multiple comments implored Grbic to open quickly as his former customers were growing impatient for his delicious food.

Sadly, Chef Eric Grbic passed away unexpectedly in January. His daughter, Alexa Grbic Lash, announced not too long after that the restaurant would survive.

“I know things won’t be the same without my dad,” she wrote, “but I assure you quality control is on point and we have two new amazing people in place!”

The restaurant re-opened Feb. 18 under new ownership. Alexa Grbic Lash said she helped the new owners in the transition to make sure the product and service would remain the same.

Ever Escamilla serves as manager and has been running the day-to-day operations since re-opening day.

Ever Escamilla at the grill

The cafe was bustling at lunchtime on a recent weekday, and Escamilla said he is thankful for support from the community. He is looking at different ways to increase the dinner crowd.

“We’re trying to bring everyone back who used to go before and also trying to create new business,” he said.

The cooking staff that worked under Grbic has returned, Escamilla said, including Chef Romeo Chavez, who worked with Grbic for years.

“He knows a lot of (Grbic’s) recipes and a lot of his ingredients,” Escamilla said of Chavez.

Like the staff, the decor has stayed the same and the chicken fried steak remains on the menu.

“We are keeping it the way it was,” Escamilla said.

But they may add a few things over time. They’ve added chicken wings, Escamilla said, and hope to bring back live music to the patio soon.

Red Balloon Cafe does not serve alcohol, but allows BYOB with no fee. “As long as you buy our food, you’re good to go,” Escamilla said.

Chef Grbic’s legacy remains a draw at the restaurant.

“Eric is from Spring Branch,” Escamilla said. “I do get a lot of his old friends from elementary and high school. They come in for the reason they know Eric.”

Escamilla said he hopes customers will continue to follow the red balloon to the cafe to make new memories at the restaurant Chef Grbic created.