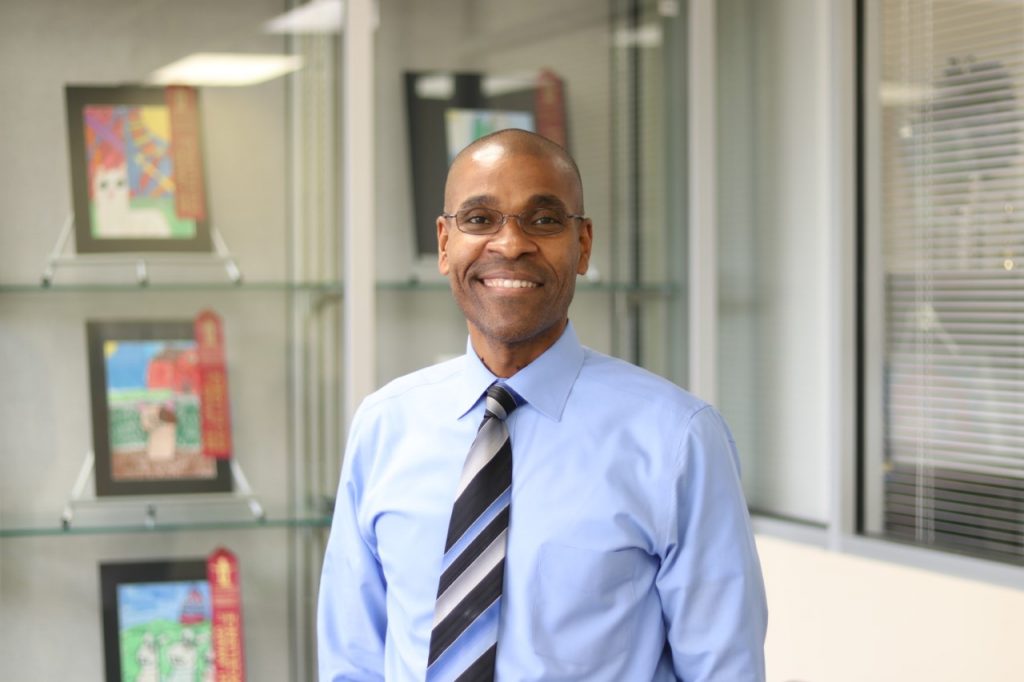 Influenced by many people on his path in the education profession, Bryan Williams, community superintendent for Spring Branch ISD, credits his professional and personal successes to “the village” of amazing mentors who guided and believed in him. The Kansas City native and sixth in the family of nine children shared his story of resilience and triumph, rising from poverty to achieving his doctorate in education from the University of Houston and serving in a leadership role with the district.

Williams came to Texas in 2006 and worked in another area district as a teacher. Later he was hire as an assistant principal at Spring Oaks Middle School. He served as principal at Spring Branch Middle School, where he was recognized as Secondary Principal of the Year. He moved into his current position in 2018 and is responsible for the middle and high schools in Spring Branch ISD.

He was the kid with holes in his shoes and worn-out clothes. At the age of nine, while attending the summer program at the local YMCA on scholarship,  he met a person who would change his life forever. She was Winnie Ayers, a Kansas City school teacher who would spend her summers teaching inner city children how to swim. She took an interest in the shy kid.

“She saw beyond my shy exterior, she saw my potential,” Williams remembered. Although afraid of the water, Williams did learn to swim that summer. It was that lesson of will, and conquering fear, that he credits his passion for learning and education.

Williams acknowledged that he was not as interested in school as he should have been as a young student. However, he was interested in learning. He finds that past ironic, considering his current position.

It was a pivotal moment when he became the first male in his family to graduate from high school. Williams went on to receive his bachelor’s, master’s degrees and doctorate degrees, achieving success beyond what people many people would have expected. But his mother had encouraged her children that the keys to success would come from hard work and a good education.

As a Black man in a leadership role, Williams is aware of the importance of his position as a role model to students of color.

“As a person of color, you don’t see people who reflect you or look like you who are in positions of leadership, influence or who are successful, it has an impact on your self-confidence and your self-esteem,” he explained.  “You begin to internalize that message, thinking, ‘Maybe I don’t have what it takes to be successful as other people that I see. ‘ When you are a person of color and you don’t see the success stories of those that look like you or have grown up in situations like yours, you begin to think that you cannot achieve success or even education.”

As a community superintendent, he works with principals to achieve growth and success benefit teachers and students. On every great team, he said, there are the players but there is also the coach: “I think of myself as kind of the coach on the team in the District.  I support principals in helping them to grow, helping them to develop, helping them to be all that they can be so they can advance student achievement on their campuses.”

While encouraging students to study their history throughout the year, Williams said Black History Month gives us students the opportunity to reflect and remember:

“I encourage students to study not only secondary sources as it relates to our story, but to also refer to primary sources. Study original documents, visit museums, talk to grandparents, or people that you know have lived through events. It is important that if we don’t learn from our history, we are doomed to repeat it.”