Alexa Grbic Lash has had more than her fair share of grief. 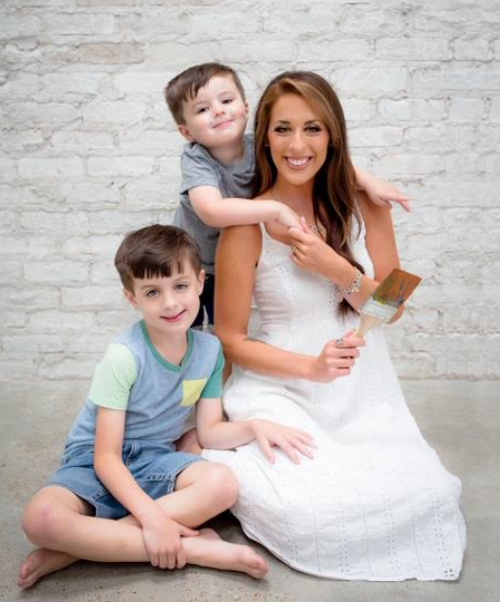 Her mother, Drenda Grbic, passed away at age 43. Then Lash’s brother Chase was killed at age 24. He was the passenger in a car involved in a crash caused by an inebriated driver.

And most recently, Lash’s father, Eric Grbic, who was the owner and executive chef at Red Balloon Cafe in the Spring Branch Management District, passed away unexpectedly in January.

Lash announced not too long after that the restaurant would survive.

“I know things won’t be the same without my dad,” she wrote on Facebook, “but I assure you quality control is on point and we have two new amazing (staff) people in place!”

The restaurant re-opened Feb. 18 under new ownership. Lash said she helped the new owners in the transition to make sure the food and service would remain the same.

As she was helping her father’s dream live on, Lash realized her own dream — starting a roving art studio.

“The idea came over me like a tidal wave and I just followed my heart,” Lash said about The Healing Palette Art Studio, which she launched in June.

The idea first came to Lash as she created a piece of art following the death of her father. She was reusing a painting she made in college after her brother died.

“When I was creating the next piece, I related all of my feelings of how I felt when I made the painting to how they were now and connected it with how the new painting looked in terms of colors, lines, detail, etc.,” she said. “It was very therapeutic and helped me cope with some feelings I was having and opened up a door to healing.”

While the studio is a traveling business, Lash said she might establish a physical studio, likely in the Spring Branch area, where the cafe continues to have a following due to her father’s history in the area and his loyal customer base.

Lash said she considers the Spring Branch District her home base for her business as well.

After being born at Memorial City Hospital and attending Terrace Elementary in Spring Shadows, Lash attended Spring Oaks Middle and Spring Woods High School and continued to live in Spring Branch until she was 23, moving to another part of Houston because of her husband’s work.

Lash’s experiences with grief, her art skills and her experiences as a mother and teacher help her in the new business.

The classes are for “anybody and everybody who thinks they may need a little extra help,” she said.

Lash, who has worked as a pre-school teacher, offers painting parties for children and adults as well as therapeutic art sessions.

The best part? She will come to you, as long as you are in the Houston area and have running water and a sink. 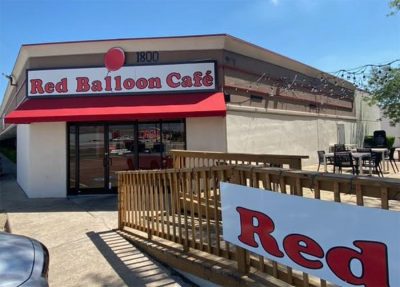 “I’m not saying that I’m going to be your cure all (for grief). There is no cure all. I have learned that,” Lash said.  “My goal is to make this a fun experience with people and help them at the same time.”

When she was creating the new piece from the old one, Lash said she saw a difference in colors she chose. In college, after her brother died, she used a darker tone and her lines were more jagged.

She was able to reflect on the change and also express herself, she said.

“If it could help me this much — just in this one sitting of doing this recreation of this piece of art and being able to reflect on the differences between the two — I thought I can do this with other people,” Lash said. “I can utilize my experience and my talents to help other people.”

Soon Lash made a business plan and took classes on how to start one’s own business. She hired a business adviser.

“My main goal is to help people who are struggling,” she said. “It’s a different form of therapy.”

So, for Lash, The Healing Palette is much more than just a business.

“I’ve always wanted an art studio my whole life. I thought it was a dream never to be reached,” she said.

Sometimes dreams do come true — even under the most difficult circumstances.