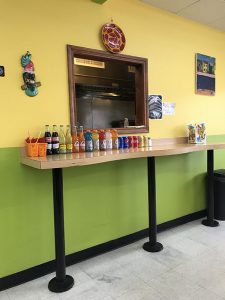 Under new ownership and a new vision, Mr. Torta in Spring Branch is getting a makeover.

You may have noticed the new Elevate name adorning the storefront at 9405 Long Point Road, Houston 77055. The sign is advertising “cemitas and dulces.”

You say cemitas. I see tortas. Once inside, you will find the same menu as before, offering up a variety of tortas, or Mexican sandwiches.

Eventually, said owner Hector Alonso, the menu will change to go with the restaurant’s new name and mission, which is to “elevate” and put a modern twist on Mexican favorites like the cemita (sandwich on a bread roll typically covered with sesame seeds), torta (sandwich on crusty bread) and dulces (sweets).

Alonso, who once worked as a barista, also plans to bring in an espresso machine and offer a full and, of course, “elevated” bakery (or panaderia). The equipment has already arrived for the creamery portion of the business, which he hopes to get up and running very soon.

Eventually, Alonso also hopes to “elevate” the restaurant’s contribution to the community by perhaps using the Houston coffee shop, A 2nd Cup, as a model. A 2nd Cup raises awareness and funds for local organizations that fight against human trafficking. Alonso hopes to do something similar.

In the meantime, Alonso said, he will continue to serve up fresh tortas made to order as he brings his full vision for Elevate into reality.

On a recent visit, Alonso suggested we order the Torta Milanesa de Pollo and the Torta de Fajita. After we ordered, Alonso went to action making our sandwiches, which came out fresh and warm and full of flavor.

Each sandwich, one with chicken and one with beef fajita, was served on crusty bread with avocado, lettuce and offered with a tasty salsa verde on the side.

Alonso said he doesn’t just want to serve his customers a boring sandwich, which is why he named his restaurant “Elevate.”

“We want to be proud of whatever comes out of the kitchen,” Alonso said. He said he is excited to be developing the business in Spring Branch, where he sees a wonderful array of different cultures and cuisines represented and a wealth of business opportunities.

He envisions a neighborhood restaurant and cafe where he can get to know the customers as they come back again and again.

“I want to be able to chat with the customers and see them,” he said. “I really love Spring Branch.”

Get to know Hector by stopping by Elevate at the corner of Cedar Post Lane and Long Point Road in the Spring Branch District. 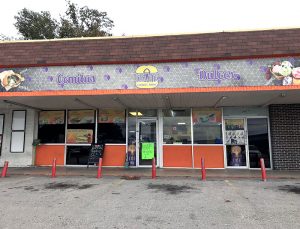 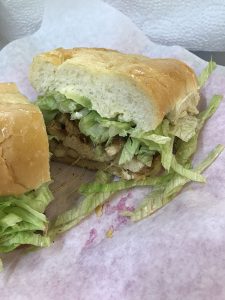