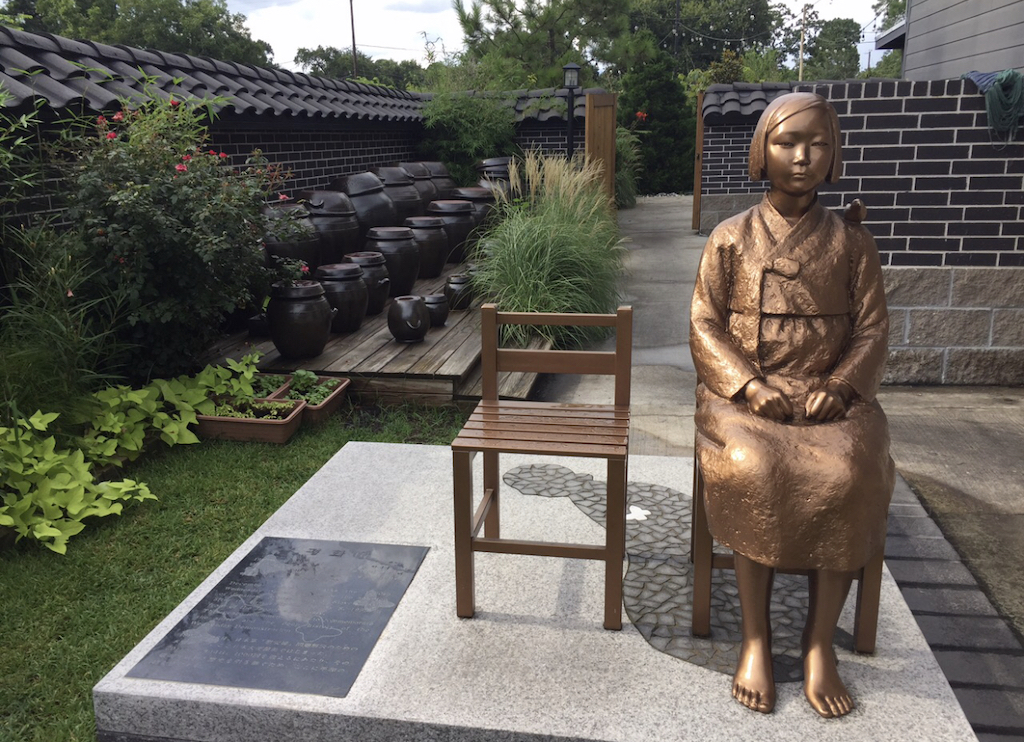 Diners at BORI, the upscale Korean barbecue restaurant near Long Point Road in Spring Branch, can feast their eyes on visual masterpieces before, during, or after their meal — thanks to BORI’s adjoining art gallery.

When BORI opened in July 2019, the south side of the extensive building space was vacant. Rather than lease the space out to another business, BORI president, Kevin Koo, used his and his family’s connections in the art world to bring another dimension to the restaurant and the changing neighborhood around Haden Park.

Koo chalks up the idea of an art gallery to his business-oriented parents, Max and Sue Koo. They gave him the reins to run BORI and open the gallery. They have been art aficionados since Koo can remember.

“We’ve always had collections around our house,” Koo said. “[With the gallery], we really want to promote Korean culture and experiences.”

Spring Branch is a fitting place for Koo’s goal. Along Long Point is the city’s biggest cluster of Korean restaurants and other businesses run by people of Korean heritage.

Now, Koo’s project adds his lunch-and-dinner place to fine-dining restaurants around the world, from New York to London to Milan, that bring art out of museums and into the culinary spaces, adding another sensory element to the restaurant experience.

Lately BORI’s gallery has been home to work by Chong-Ok Lee Matthews, a renowned international artist from Seoul, South Korea, who is based in Houston. According to Koo, her body of work on display was Matthews’ creative and emotional outlet after the passing of her husband. All of Matthews’ displayed work is available for purchase. 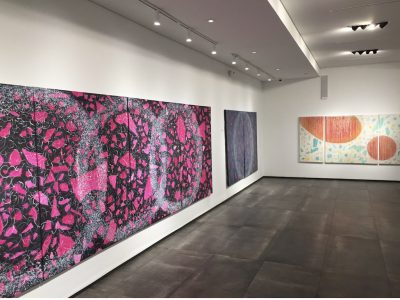 The gallery showcased some of Koo’s parents’ personal art collection before making room for more of Matthews’ pieces. Coming soon: A display of another artist’s selected works.

“Most people didn’t expect this, but some of the things we had were from North Korea as well,” Koo said. Those rare pieces were a result of Koo’s father’s connections among the U.S., South Korea and North Korea — the last being a nation classified by the U.S. as a state sponsor of terrorism under the rule of Kim Jon Un.

“[My father] was kind of like an ambassador between [North and South Korea],” Koo said. “He really wants to promote world peace between nations.”

The Bori property includes an outdoor “peace garden” where sculptures offset plants — a complement to Matthews’ paintings, which reflect her interests in landscapes, nature and travel.

Apart from providing a respite from its fare of meats and other foods cooked at the tables-side the gallery is also open for events, with or without catered meals. With a slightly altered menu from the main restaurant, catered events in the gallery start at $50 dollars per person without drinks.