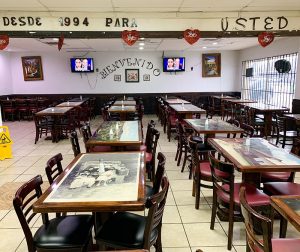 Picking a table at El Hidalguense in the Spring Branch District becomes a bit more interesting than the usual “table or booth,” once you notice that each one features table-sized photographs from the restaurant’s namesake Mexican state, Hidalgo.

Carlos Gonzalez (called Carlos Junior), owner of El Hidalguense, drew my attention to a black and white family photo of his father, Carlos Senior. This seven-year old, standing with his mother, father, and ten siblings, would one day be the founder of El Hidalguense.

Each photo allows a peek into the heritage of the Gonzalez family, who, for the past 25 years has served this specific, regionalized style of Mexican food in a city brimming with Tex-Mex. I stopped in at 8:00AM for a hearty breakfast of Chilaquiles: fried tortilla strips, soaked in homemade green salsa, with refried beans, avocado, sour cream, queso fresco, and onion, and a side of eggs. I look forward to returning on a Sunday, a day that Carlos tells me the restaurant overflows with customers, and that his family is there, pitching in to help. 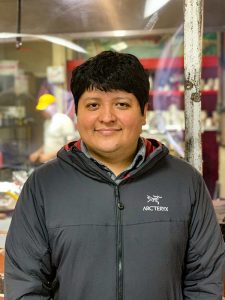 “The focus and mission of El Hidalguense,” states Carlos Jr., “is to be authentic, and keep our traditions and culture alive through our food.” And nothing could be more authentically Hidalguense (of Hidalgo) than the Barbacoa Borrego (lamb barbacoa) and Cabrito Asado (roasted goat) that the restaurant is known for. In fact, this method of cooking barbacoa is said to have originated in Hidalgo over 1,000 years ago. The traditional process was to “dig a hole in the ground, put hot stones inside, wrap the lamb in leaves, place it inside the pit, cover it up with more leaves and dirt, and put fire on top of the dirt,” explains Carlos. If you travel to Hidalgo, you’ll see modified versions of the original pit method still commonly used by roadside street vendors.

Since cooking in holes isn’t exactly permissible in Houston restaurants, El Hidalguense employs the next best thing: an above ground brick pit oven, fueled with firewood. The Agave Tequilana plant produces thick, rubbery leaves that are lined with spines. As can be inferred from the name, these agave leaves are used in Tequila, as well. To make them useful for cooking barbacoa, they must be roasted until pliable enough to wrap around the lamb. Slow-roasting the lamb for hours in this tight blanket of leaves gives the juicy, tender meat a smoky flavor that requires no extra seasoning.

A rack sits on top of the brick pit in El Hidalguense, used for grilling chicken; a concept that first inspired Carlos Sr. to launch his culinary career in Houston. “Grilled chicken was his specialty at first, which was very popular. There were a few other grilled chicken places in Spring Branch at that time,” says Carlos Jr. But shortly thereafter, “Customers started asking for more traditional meals. So he added barbacoa, consomes (meat soups), and regional dishes from Hidalgo. People really loved it.” 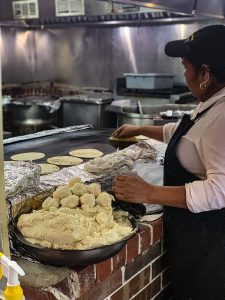 In the kitchen, Carlos Sr. relied on the culinary expertise passed on to him by his mother. As a child in Hidalgo, he spent much of his time helping his mother cook traditional dishes for her eleven children. To supplement the income of this large family, his mother started making coffee for miners working in the area. Soon, her business grew from coffee to food, and she became renowned in the community for her delicious cooking. Her meals became highly sought-after, especially during holidays requiring special dishes.

Carlos Sr. then worked as a butcher, and opened his own taco stand, before diving into the oil and gas industry in Mexico. It was Pemex Oil that brought the Gonzalez family, with three-year-old Carlos Jr., to Houston. While working his corporate job, Carlos Sr. reestablished his taco stand in southwest Houston. Due to the success of the taco business, he decided to open a larger restaurant in Spring Branch.

“When I was younger, I wished my parents owned a pizzeria instead,” laughs Carlos, Jr. “But now I see that this restaurant has helped remind me of my culture. It has helped me find myself and become the person I am today.” When I asked him if he plans on staying at El Hidalguense in the future, he smiled and nodded, saying, “I want my own kids to have this experience and identity through the restaurant.”

Carlos Jr. has slowly taken on the responsibilities of ownership throughout the years, while maintaining his father’s authentic style that defines El Hidalguense. In addition to the lamb and goat meat, you’ll find Ensalada de Nopales (cactus), breakfast tacos, or even Machitos Cabrito (tripe and intestine).

“We don’t bring tortilla chips to your table like a Tex-Mex restaurant,” Carlos notes. “Instead, we bring out flautas, with spicy chili salsa.” Carlos explains that the chilis for this delicious chili sauce are driven to Houston from Hidalgo when they’re in season, during spring and summer. As opposed to the typical Tex-Mex style, “Our enchiladas aren’t heavy on cheese. And our fajitas are prepared the way my grandma would cook them; that’s how my dad learned how to cook fajitas.” Carlos adds, “Nothing is canned, or prepared and reheated. Everything is made here.” 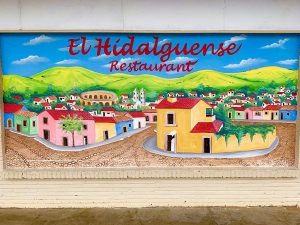 “My favorite thing is when people come in who are used to Tex-Mex food, and they experience how I grew up, my family, my culture, and they like it. It’s fun to see people try something different and enjoy it,” Carlos says. Next time you drive through Spring Branch, follow the alluring scent of roasted lamb, and grab a table, and a memory of Hidalgo, while making your own memories at El Hidalguense. 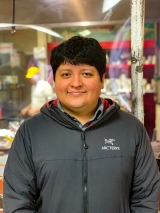 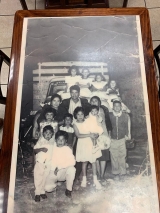 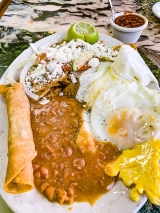 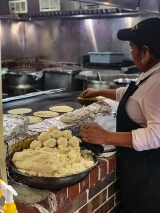 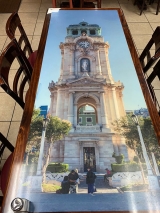