On a weekend evening at the Korean American Association and Community Center in Spring Branch, the silhouette of a quinceañera dress is no trick of the light.

It’s not uncommon for local residents to rent the center for traditional Hispanic girls’ 15th birthday celebrations, according to Hyunja Norman, executive director of Woori Juntos, a grassroots-based organization promoting social, economic, and racial justice for Asian-Americans and other immigrant communities.

“A lot of Hispanic community moved into this area,” Norman said, “and I realized so many people need the space for quinceañeras or graduation parties.”

Now Spring Branch is unique among Houston neighborhoods for its weave of businesses and institutions that cater largely to Korean-Americans and Hispanic Americans or both.

Norman is a Korean immigrant who came to the US in 1999 via Miami and settled in the Houston area in 2000. The demographic shift she witnessed in the Spring Branch Management District, along with the rise in demand of the community center, led Norman to envision a beneficial relationship between the Korean and Hispanic communities deeper than just a weekend space rental.

With values of solidarity, inclusion and collaboration at the forefront, and a history of advocacy through working with the Korean American Voters League, Norman founded Woori Juntos in June 2021.

The organization’s name embraces the Korean and Latino roots of its founding, as the Korean word woori (meaning “us”) and the Spanish word juntos (meaning “together”) combine to form “we rise together”.

Further, Norman said, “Everybody thinks Asians are doing well, but that is not true. Our community has obstacles because we do not speak good English, and our first generation immigrants also lack computer skills. (These are) our vulnerable populations: seniors and undocumented immigrants.”

According to 2015 data from the Center for Migration Studies, over 148,000 Asian immigrants are undocumented in Texas, representing about a sixth of Asian immigrants in the state. In this sense, Norman says Korean immigrants and other immigrant groups are speaking the same political language.

“[We want to tell them] it’s not only your struggle, it is our struggle too,” Norman said. “We need to build trust and support them, not just in a photo op.” 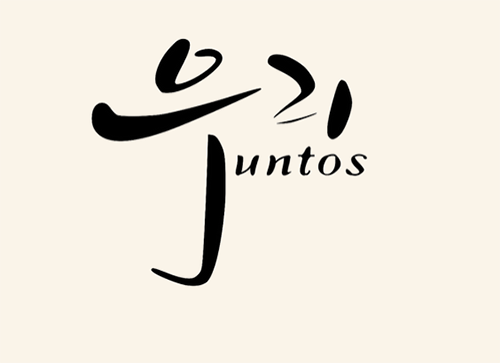 Woori Juntos is also a member of major coalitions like Houston Leads and Houston in Action, advancing immigrant rights and civic engagement. It gets financial support from donors and the

Day to day, Woori Juntos aims to provide services for community members. Terry Yun, the group’s community service coordinator, acts as a translator to help qualified people complete applications for Medicaid and food stamps, along with other important documentation.

“I do anything that needs translation, whether it’s verbal, written, or oral,” Yun said. “If they bring mail from their home in English, I read it and tell them what it is. If they need me to call their electricity company or a hospital, or call the Social Security office, or (read information about) an election, I would translate from English to Korean and vice versa.”

According to Norman, Korean-American churches in Spring Branch are key places to disseminate information about such services, along with Kakao Talk, a messaging app similar to WhatsApp, for Korean speakers. Through the channels, Woori Juntos was able to organize vaccination drives for the community, reaching more than just the Korean-American population.

Norman said she couldn’t characterize the entire extent to which the two communities typically interact in Spring Branch. But she described its Korean community as a peace-loving people who respect and get along well with others.

Norman likened Woori Juntos to an infant, putting one step forward every day in the right direction. She said the organization is growing quickly; Woori Juntos recently hired Steven Wu as their Organizing and Policy Manager, and the group is seeking to hire a full-time communications coordinator.

After the results of a community needs survey — sent to over 20,000 Korean-Americans across Texas — Wu believes Woori Juntos will have a better understanding of the organizing and policy work it needs to do.

“Once we’ve identified the issues, we want to have community sessions to educate our members about those issues, how (they are affected), what they can do and (how they can) get trained,” Wu said. “As an example, if we have a conversation about the lack of housing in the (Spring Branch) Koreatown area, we’re going to train our members [about] the public housing system, who controls (it), and train them to testify, say, to the Harris County Commissioners Court.”

Norman and Wu expressed a desire to get members of the younger generation involved. Wu said the group is looking to host a youth leadership program during the summer to talk about issues pertinent to high school and college students, culminating in an action such as publishing an opinion piece about young people’s concerns.

“It might revolve around abortion rights, climate change, or immigration,” Wu said. “We want to center the first event to be about community identities. I think a lot of young Asian-Americans are asking that question of ‘Who am I’?”

Norman emphasized the need to bolster civic engagement and participation in the political process for all community members, saying that the Asian-American community has not voted or spoken out in strong numbers.

“We, Asians, can make America a better place by putting (out) our voice and our perspective,” Norman said.

Musing on her time in South Korea, Norman said the United States was seen there as a beacon of democracy.

“I still have hope in America.” Norman said. “I think that when we work together—brown, black, or white—for a better America, our children can dream whatever [they want] and become somebody. Whenever I read liberty and justice for all, it means all people, regardless. That kind of America I believe in.”