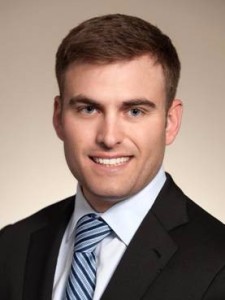 MetroNational has promoted Jason Johnson to president of the company.

Johnson, who was previously senior vice president and remains vice chairman, is a member of the Johnson family, which founded MetroNational in 1959. Johnson graduated college in 2009 and has been working for MetroNational since 2013, according to his LinkedIn profile.

Loc McNew, who had been serving as president and COO since 2013, will remain with the company as COO, a spokesperson for MetroNational said.

Houston-based MetroNational owns and manages Memorial City, a 8.2 million-square-foot mixed use development that dates back to 1959. It’s home to the 597,000-square-foot Air Liquide headquarters that’s currently underway, as well as the double LEED Platinum-certified Treehouse, which serves as an office and meeting place for MetroNational employees. Both developments earned top honors at HBJ’s 2015 Landmark Awards.

MetroNational is No. 12 on HBJ’s List of Largest Commercial Real Estate Developers.