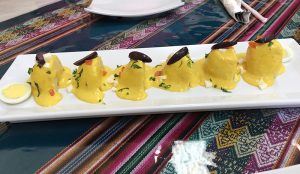 According to the infamous Michelin Guide, traditional Peruvian cuisine can be divided geographically into three branches: seaside, mountain and rainforest. We don’t have any of that geography in Houston, but we do have Sabor y Sazón.

“We have chosen that name because we wanted to offer our customers a fresh home-cooked meal like you would get if you were at home,” said Maria Rivero of the family business she owns with her mother, Carmen Rivero, and brother, Max Rivero.

While the flavors surely aren’t what you would find at the typical Houston home, the Riveros have clearly made their extended home the Sabor y Sazón kitchen, where they create Peruvian dishes reflecting influences from the Inca and immigrants from Europe with much love.

The Riveros opened their bright and welcoming Spring Branch restaurant in June of this year, featuring the staples of Peruvian cuisine — corn, potatoes and lots of fish. Ceviche is featured repeatedly on the menu. Also on the menu are staples brought by the Spanish including rice, wheat and meats such as beef, pork and chicken. 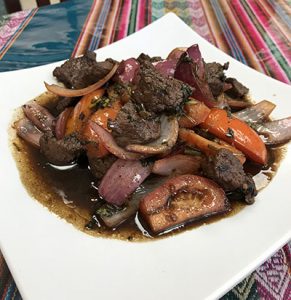 When asked for their specialty, Maria Rivero said, “cooking in the kitchen.”

“We want the people to get to know our culture and the Peruvian cuisine,” she said.

Walk into Sabor y Sazón and you are instantly greeted with a friendly smile and a casual, clean and non-fussy — yet incredibly welcoming — atmosphere.

Start with a refreshing “Chicha Morada,” which tastes like a cold, nonalcoholic version of mulled wine. The cinnamon, apple and clove flavors are sweet but not too sweet. The corn-based drink doesn’t just taste good; research has shown it has antioxidant/anti-inflammatory properties. So, drink up!

Our waiter suggested the “Papa a La Huancaina” as an appetizer, which featured potato slices covered with a homemade Huancaina sauce that resembled a more creamy Hollandaise sauce with a spicy kick.

For one of our entrees, we chose the “Tacu Tacu Con Lomo,” refried rice and beans topped with “lomo saltado,” or marinated strips of sirloin. The beans were smashed and combined with the rice into a patty with tender pieces of perfectly and uniquely marinated beef on top.

We expected the “Arroz Con Mariscos,” rice with seafood, would taste like seafood paella but it was much more flavorful than any paella we’ve had. The rice sautéed in achiote oil and dipped in seafood sauce with octopus, squid and shrimp mixed in is then topped with criollo garlic sauce for a symphony of flavors.

If, after the feast of Peruvian appetizers and entrees, you can still manage to eat dessert, there are numerous traditional choices, including cheesecake with passion fruit, crumbly alfajores cookies, cream volteada (Peruvian flan) or mousse de lucuma (a Peruvian fruit).

Interestingly, the lucuma fruit has also been shown to be ultra-nutritious. So, go ahead, indulge… it’s good for you! 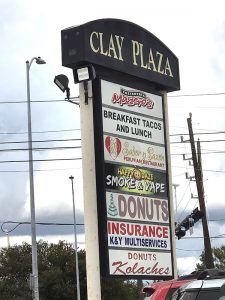 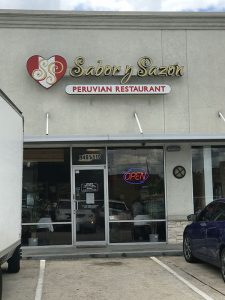 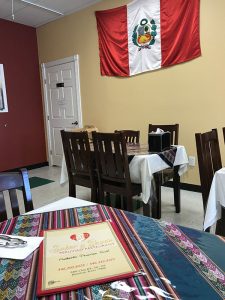