As the Spring Branch Management District works on reimagining Long Point Road, improving walkability around the district and attracting new businesses to the area, among other initiatives, public safety remains at the top of the priority list. 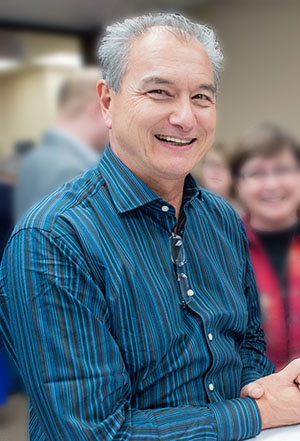 “The Spring Branch Management District strives to make this community a safer and better place to live,” said Josh Hawes, director of services for SBMD.

Rino Cassinelli, SBMD board member and chair of the Public Safety Committee, said his committee is the “catalyst to keep a consistent focus on safety in our district.”

Over the years, Cassinelli said, the committee has learned to pivot with the changing needs of the community, which have evolved as the district has grown.

“What we focused on 10 years ago is totally different then what we are doing today,” Cassinelli said. “It’s loosely modeled on the Weed and Seed Program. We first weed out the bad, then we start seeding the good.”

Along those lines, Cassinelli said the district is doing more seeding these days than weeding. “But just like a yard,” he said, “if you don’t watch and control the weeds they will come back.”

And so the SBMD Public Safety Committee continues to promote various safety initiatives throughout the District, including contracting with SEAL Security Solutions, coordinating nuisance abatement with the Harris County District Attorney, reporting graffiti abatement throughout the district, and processing requests for mobile cameras.

Through a contract with SEAL Security Solutions, the District offers additional patrols throughout the district to supplement services already rendered through the Houston Police Department and Spring Branch ISD police. These officers report monthly to the Public Safety Committee, as well as to the Board of Directors.

SEAL Security currently has two officers patrolling the district on a fluctuating schedule. The officers have reported on a variety of incidents, but their main actions tend to focus on trespassing infractions and supporting documentation so that, when HPD gets called to deal with a repeat offender, SEAL has the paper trail to support removing the offender from the property or, in some cases, arresting the offender. HPD continues to report crime trending downward in the District since SEAL Security has been supplementing patrols in the area.

In addition to the coordination between SEAL ad HPD, the District is involved in the Blue Star Certification Program, a joint effort by the HPD and the Houston Apartment Association. Created for rental properties of all sizes, the program’s goal is to help law enforcement officials and the multifamily housing industry work together to effectively reduce criminal activity in rental properties.

A multifamily community can become Blue Star Certified through completing a class administered by the HPD. Once the property manager has passed the class, the manager must update their property to meet particular guidelines before scheduling an inspection with an HPD officer. Upon passing the inspection, the final step is to host a Public Safety Town Hall for the community to attend. This Town Hall is where the District steps in and helps communities augment their event to increase resident participation through support funding and partner coordination.

The area’s Nuisance Abatement Team includes the Harris County Attorney’s Office, HPD and SEAL Security. HPD and SEAL operate as the eyes and ears of the county attorneys and provide evidence and testimony where necessary. Some recent successes of the Nuisance Abatement Team include the ceasing of illicit business practices at El Mundo Billares, as well as a drug bust for Kush and synthetic marijuana at High Times, which resulted in an arrest and broadcast press conference. The team has also been successful in imposing stringent operating procedures at the night club Glamour Girls. The team has several open and ongoing investigations.

SBMD receives camera requests regularly through property owners, as well as through SEAL Security officers and in cooperation with our Nuisance Abatement Team. SEAL and the Nuisance Abatement Team can request cameras at hot spots they have noticed, and the District gives Zaladium Security Service permission to approach the property owner/manager to request permission to place a camera on their property with no cost to the property except the electric bill. The cameras are monitored 24/7 by SEAL Security.

Currently, the District has six mobile cameras, two of which are solar and can be placed where there may not be electricity.

If someone would like to request a camera for a location, even if it isn’t their property, they can email JHawes@SBMD.org or submit a request via the “Submit an Issue” link. Additionally, they can submit a request at the Public Safety committee meeting (see time below). The district requires anyone requesting a camera to attend the Public Safety Committee meeting for the duration that they have the camera.

The District is constantly reporting instances of graffiti throughout the district and, through a partnership with the Greater East End Management District, abating all reported graffiti. Residents are encouraged to report any graffiti seen around the district by contacting 311 or using this form.

The Public Safety Committee meets every 2nd Wednesday at the District offices, 9610 Long Point, Suite 130, from 12 p.m. to 1 p.m. The public is welcome.