Skip to content
Home » News » Unique Shops, Art in Public Spaces and a “Signature Event” in the Works for SBMD as the District Evolves and Grows
Previous Next

Unique Shops, Art in Public Spaces and a “Signature Event” in the Works for SBMD as the District Evolves and Grows 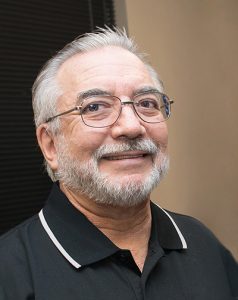 Victor Alvarez, chairperson of the SBMD’s Business and Economic Development Committee, is seeing an exciting trend in the Spring Branch District.

Residents who grew up in Spring Branch are coming back to live and raise their families.

“Because they like the schools,” Alvarez said, which he considers a major selling point in marketing the Spring Branch District to new residents, developers and businesses. “I love the idea of families coming back.”

Without the ability to offer tax or other incentives, Alvarez said, “all we can do is have a safe community and good schools.”

Alvarez said his committee and the SBMD board is in the preliminary stages of planning a “signature event” for the Spring Branch District — a festival or market days — that will hopefully become an annual event.

“We want people to come learn about Spring Branch,” he said. SBMD is looking at 2020 for the inaugural event, Alvarez said, and have decided to go out for Request for Proposals to hire a firm to help plan it.

Also on the agenda for the second half of 2019 for the Business and Economic Development Committee is reviewing the District’s Economic Development Strategic Plan. After the plan is approved by the full board, the committee will look at implementation options for the remainder of the year.

In addition, the District’s Art in Public Spaces program should be kicked off by the third quarter of this year, but certainly before the end of the year. Future plans also include the creation of the Tax Increment Reinvestment Zone (TIRZ), as well as assisting with the new high speed rail project, and — of course — supporting Spring Branch ISD with their programs to build even better citizens and the future workforce.

And the District will continue its successful marketing campaign to spread the word about the Spring Branch District through 2019 and beyond.

“Our original advertisement campaign was trying to show to the developers, ‘Hey, look at Spring Branch. It has evolved and changed,’” Alvarez said, adding: “The developers noticed.”

From SBMD’s first campaign of “Quit the Commuting” to today’s “Ready for Business,” Alvarez said the District’s marketing has evolved as the District evolves.

Now that the district has a bunch of new “rooftops,” or new residential developments, as well as improvements being made to existing apartment complexes, Alvarez said the district marketing campaign is focusing on acquiring the retail businesses to serve the community and those visiting the area.

Alvarez said several new and unique businesses — among them Magnol French Baking — have opened in Spring Branch recently, and he wants that trend to continue. “We want things that you’ll have to go to Spring Branch for because there is nowhere else.”

Over the past four years, the SBMD board has completed a comprehensive plan, the Livable Center Study of the reimagining of Long Point, and now has nearly finished an economic development strategic plan. Those three together provide a road map for the District for the rest of 2019, for 2020 and for the next 15 years, Alvarez said.

“I see nothing but great things for our beloved Spring Branch community,” Alvarez said.