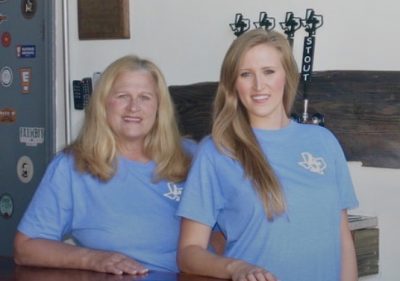 Before 4J Brewing Company opened to the public in the Spring Branch District in March 2018, the “4Js” — sisters Jessica, Jackie, Joanna, and Jennifer — were making home-brewed beer in Spring Branch under the guidance of their father, Larry Edwards.

“It was our dad-daughter time at the beginning. He taught us how to home brew. We took that and ran with it, making it a business rather than a hobby,” Jennifer Edwards, co-owner of the brewery, said soon after their opening.

Fast-forward three years and 4J — in a growing industry dominated by men — is still 100 percent female-owned by Jennifer and her mother Marilyn.

“And my dad still calls himself the official taste tester and assists with equipment and production maintenance,” Jennifer said.

Marilyn continues to manage the tap room, but life has changed a bit for Jennifer, who had a baby in March, a year after getting married. She now goes by Jennifer Mathis.

“My sisters and husband have stepped in and really started to help out,” Mathis said. “Jackie and Joanna (sisters #2 and #3) now work every weekend and my husband and I handle the production together.”

4J, Mathis said, was part of a craft beer wave in Houston. 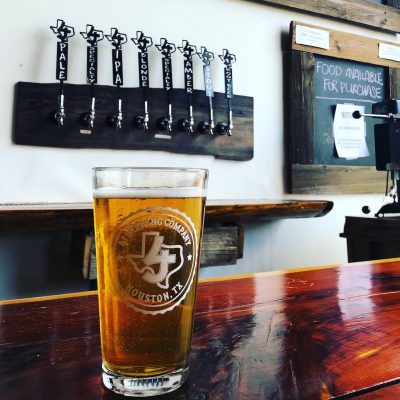 “A lot of other breweries opened in Houston around the same time we did.” she said. “New breweries opening seems to have slowed down. COVID didn’t help. However, the Houston beer scene is still very strong.”

Mathis said 4J is part of the Texas Craft Brewers Guild and has a great bond with other breweries.

She said: “I actually married another brewery owner!”

“We, as an industry in Houston, have had minimal closures since COVID and that’s absolutely amazing. All the credit goes to the amazing customers in the industry that have kept us open … and PPP (the federal Paycheck Protection Program) didn’t hurt,” she said.

4J features four main beers: IPA, blonde, amber and stout. They took pale ale off the core line up in the beginning of 2020.

“We had to cut production in half in 2020 since we were only open for to-go during the majority of the year, so we are still trying to get production back up,” she said.

Right before the pandemic hit, Mathis said they were ready to start selling draft beer to retail establishments, including bars and restaurants.

“We have plans to get that back in place by the end of 2021,” she said, adding: “Ask your favorite bar or restaurant to sell 4J!”

The brewery shares a name with the family’s ranch in Central Texas, where all of the spent grain left over after the brewing process goes to feed livestock. 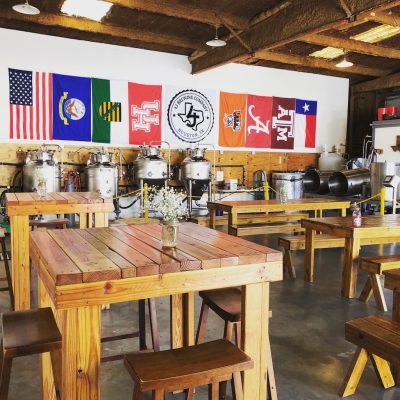 When she was laid off from her job with Wells Fargo a few years ago, Mathis was looking for a new venture and recalled brewing at home with her dad when she would come home from college.

“We called it, ‘Making some, drinking some,’” she said. “People would come over and try our beer, and everybody loved it. So it was like, how about we turn this into a real business?”

Mathis has lived in Spring Branch her whole life, her mother attended Spring Branch High School and relatives started living in the neighborhood almost 100 years ago.

“For us, it’s not just about the beer,” she said. “We love being part of this community.”

“We are so thankful to still be here on the other side of the pandemic, and it’s all because of them,” she said.