Word spreads about bed-building charity’s need to spread out 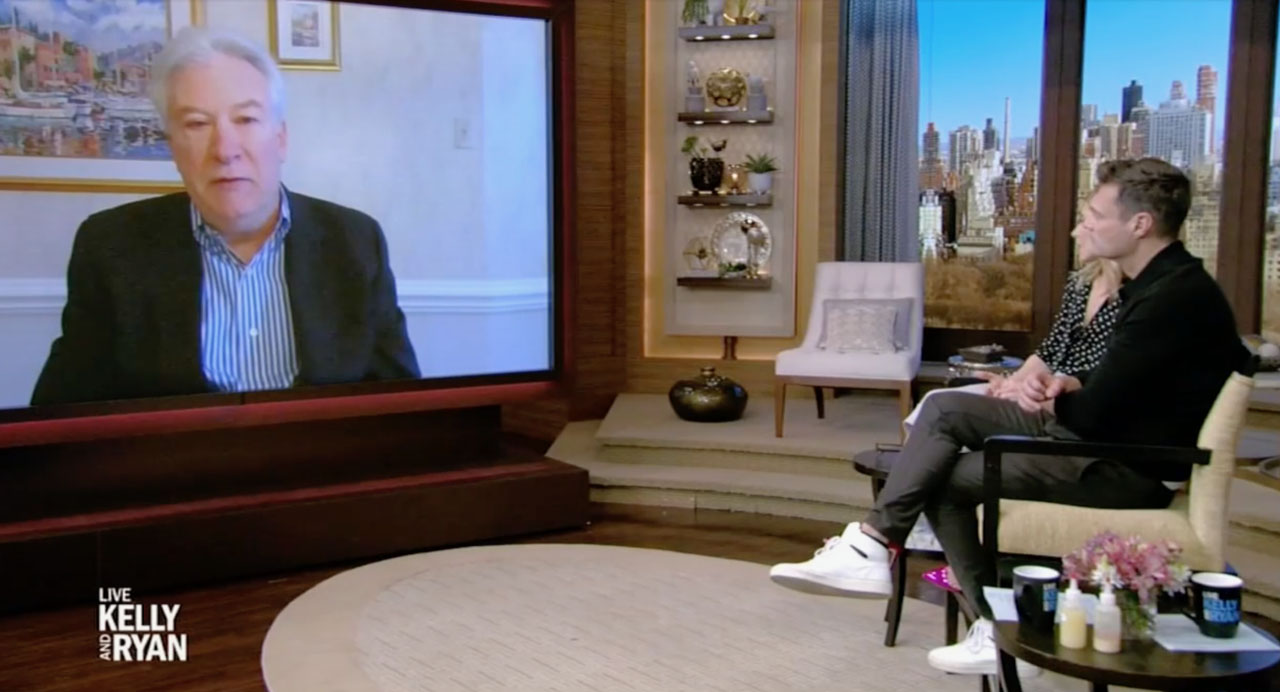 Gary Burns is still looking for indoor space for storage and a covered space to build beds in the Spring Branch District for his local chapter of the non-profit Sleep in Heavenly Peace, which aims to build beds for every child who doesn’t have one.

“Unfortunately, we’ve had no contacts concerning an indoor space,” said Burns, adding that, “the Spring Branch District would be our first choice.” because of the number of families it seeks to serve in the area.

Meanwhile, Burns has had great success in getting the word out about the organization’s mission, in part due to an article on the Spring Branch Management District’s website in February of this year.

“The article created a huge amount of very positive publicity for SHP,” Burns said, beginning with an appearance on ABC13 Local News after a reporter read the article.

This led to an ABC World News Tonight appearance, which then led to an interview on the Live with Kelly Ripa & Ryan Seacrest show on ABC. The interview, Burns said, was then followed by an article in the Christian Broadcast Network newsletter. Finally,  Houston Community College Global Outlook featured Sleep in Heavenly Peace in an internet broadcast.

While the exposure didn’t land the local chapter a space in Spring Branch — yet — Burns said the coverage made a positive difference.

Sleep in Heavenly Peace headquarters in Idaho reported that the ABC World News Tonight and Live with Kelly and Ryan appearances resulted in a spike in inquiries from people wanting to know how to start their own chapter in other parts of the nation, Burns said.

“Some of them will surely become new chapters.”

Publicity is what led Burns to start his chapter of the non-profit in the first place.

Just before he retired from his job as a manager at LyondellBasell, Burns happened to see a CNN special report featuring the founder of Sleep in Heavenly Peace. After he retired the following July, Burns attended a training session for the charity and, by that fall, helped build 20 beds for area children.

“Before, for charity, I would just write a check,” Burns said. At Sleep in Heavenly Peace, “you can do something with your hands and you can bring the beds to the children and see their faces. It’s a lot more fulfilling than just writing a check.”

Of course, checks help, too, Burns added. It’s how the non-profit pays for the lumber for the beds, which are built by volunteers. 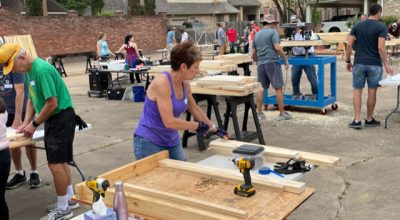 In addition to donations, an indoor space for storage and a covered space to build beds would help the chapter meet demand in the area where they place the most beds — the Spring Branch area.

For now, Burns said, most of the builds are done in Katy because that’s where he lives, but they’ve run out of space for storage and they would also like to build the beds closer to where the need is.

While Burns’ chapter of Sleep in Heavenly Peace — Houston Central West — covers an area from downtown Houston to Fulshear, a warehouse space in the Spring Branch would be a “game-changer,” Burns said.

“We currently must set up and tear down after every bed build, which would be eliminated if we can work out of a building,” he said. “This would be huge for us.”

Burns and his group are seeking the use of about 3,500 square feet of space in Spring Branch. A warehouse with a garage door for lumber deliveries would be ideal.

“We need an indoor space to securely store tools, but we could perform the ‘dustiest’ activities, such as sanding, in a covered outdoor space, such as (under) a canopy,” Burns said. “We (could) immediately increase our production of beds by 160 beds per year, or 40+ percent.”

His chapter is holding one or two bed building sessions a month until their last outdoor one on June 4. After that, they have an opportunity to build 150 beds with the Lutheran Church Missouri Synod in July at the George R. Brown Convention Center.

“Then we’re done for the summer until Sept. 10,” he said, because the group is unable to build beds in the summer due to the heat.

Burns said about 2 to 3 percent of children in the United States don’t have a bed. In some areas near Spring Branch, he said, the percentage is in double digits.

“When Sleep in Heavenly Peace delivers a bed for a child, we’re not only providing them a bed of their own to sleep in, we’re also providing a measure of dignity and a sense of well-being, too.”