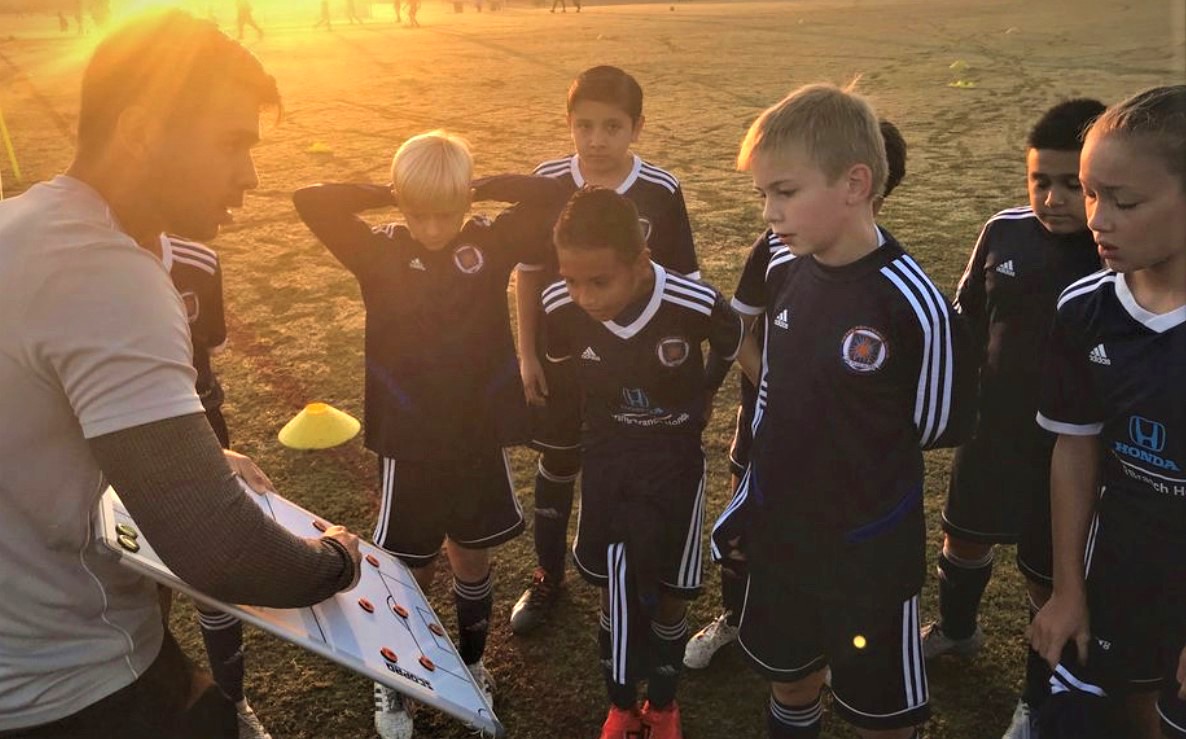 What began as a group of fathers in the Spring Branch area looking for a soccer program with a higher level of skills development for boys and girls has turned into a nationally recognized soccer program that has sent teams to compete in tournaments in the Netherlands and England.

The non-profit organization, founded in 2014, is called The Total Football Club.

TFC general manager and founder Nelson Ballesteros likes to refer to the program as a “school of soccer.” He has used his experience as an educator to create a program that develops kids’ skills on and off the field.

“We want to attract the parents (and players) who are looking for more than just a place to play soccer. We want to embrace the community. We want them to not only understand that there is a soccer culture but there is also a lot of great things in committing to the sport of soccer,” he said.

It was invited by Major League Soccer to participate in MLS NEXT, a youth player development program for North America. TFC is one of only four programs from the Houston area to participate and is the smallest club in MLS NEXT.

Total Football Club offers sport camps on school holidays and league play beginning January and September each year. Skills development and training take place year-round. There are 15 coaches on staff and each coach is US Soccer licensed.

The club has two outdoor fields in Spring Branch, located at 9500 Dalecrest and 1656 Blalock, and works with a local indoor facility to hold practice, camps, and league play.

Parent committees organize and host special events for the club.

“It is very important to us that we have a strong relationship with our parents,” Ballesteros said. “What we noticed in other organizations is that there is division with the club and the parents. We didn’t want that. We wanted to create a community.”

TFC depends on financial support from parents and invites businesses and corporations to help with donations. Player and program fees vary on training and participation.

The club helps families with fees. The belief is that no player should be excluded from play based on the inability to pay fees.

In addition to sending teams to foreign tournaments, TFC has had a player accepted into the Professional Soccer Academy in Norway. Another is trying out for the U.S. National Team and more than 30 players have moved on to train with the Houston Dynamo Academy.

While COVID mandates have limited the number of players allowed to participate, tryouts and camps will proceed. Tryouts will take place in December and are open to players of all levels. If you would like more information about camps, tryouts or to learn how you can support this youth program, visit their Facebook page at @TotalFoot1, on Twitter at @TotalFoot100 or its website at www.totalfoot.org.