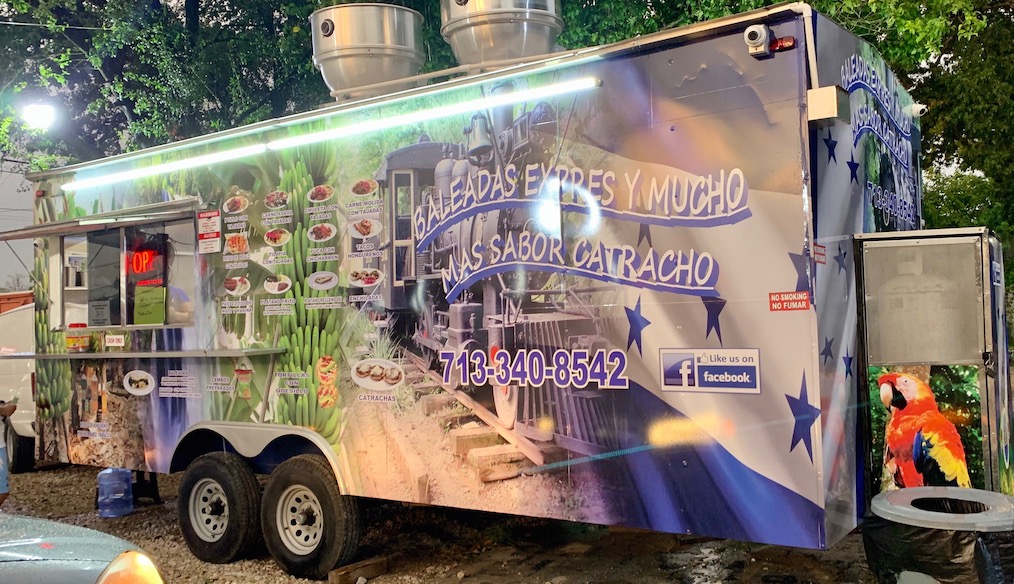 Not that we don’t understand, but the pandemic has brought hard times upon your humble restaurant reporter. Many places have seemed to have given up on the concept of running on a set schedule, and despite posting what purport to be new COVID 19-influenced hours, they operate at the whim of management. Posted hours, on the doorway, or the Internet, are to be taken with a grain of salt.

Yet another such incident led me to Baleadas Express y Mucho Mas Sabor Catracho #2, a food truck I encountered after plans to visit a taqueria a few blocks east on Long Point fell through. (Despite my arrival an hour before the earliest of two different closing times I found posted on the Internet.)

All I can say is hurrah for happy accidents — my first foray into the cuisine of Honduras will not be my last. This trip to one the more elaborately-named food trucks in the city (in common parlance, it goes simply by Baleadas Express) promises to serve as a gateway drug into a long and happy relationship.

The baleada is the specialty at this bold blue and bright white and silver cash-only truck.  Something akin to the hamburger of Honduras in terms of ubiquity and popularity, it is a simple dish: You take a burrito-sized flour tortilla, lay it flat, smear upon it a thin base of mashed pinto beans, and then sprinkle on a flurry of queso fresco and drizzle with mantequilla, which in Honduras refers to crema, similar to a thinner version of our sour cream. Since I ordered my baleada con carne or especial, as opposed to sencilla, mine also came with avocado and tender, juicy chunks of Honduran style carne asada, meaning beef marinated in super tart orange juice and spices, and what looked like a little sprinkling of scrambled egg. So all that goes atop a delicious flour tortilla, which is then folded in half and warmed quesadilla style.

I get the impression that like poker or chess, the art of making a baleada is one of those things that is easy to learn but difficult to master. All of the ingredients have to be top-notch and must be perfectly balanced, and that carne asada is itself a work of art.

Three years ago hotheaded celeb chef Gordon Ramsay visited Honduras and declared the baleada “simply the best experience I have had in Latin America… I love the baleadas.”

And he didn’t stop there: “It is impossible for me not to add these delicious baleadas to the menus of my restaurants, but first I need to practice a little to achieve this exquisite flavor. Without a doubt, the best Latin American dish is la baleada Hondureña con todo!”

And by con todo, Ramsay meant just that. Basically once you have the base of beans, crema, and queso fresco, the sky’s the limit — meat, plantain, mango or other fruit, elotes, fish, crushed pecans, whatever — the baleada forgives much and does not discriminate. 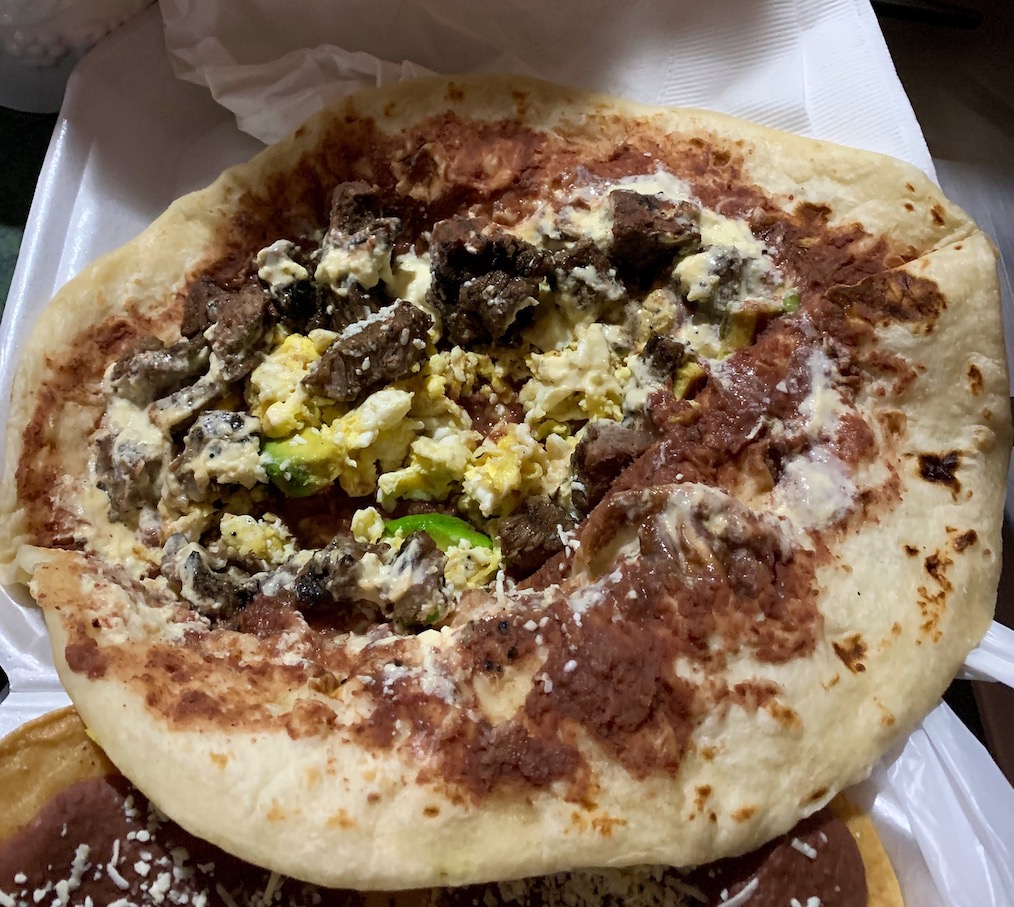 But there is more to this truck than baleadas. I was also blown away by Honduran tacos, which we would be more apt to call flautas, as they are chicken-stuffed, tightly rolled, crispy corn tortillas. Unlike most flautas, these Honduran tacos come pre-slathered in a creamy, tomato-based sauce and covered with a layer of slaw-style shredded cabbage and alongside pickled purple onion. They alone would be worth a return trip to Baleada Express, and there exists yet another reason I want to return: their platanos rellenos, which are similar construction to baleadas, this dish finds the shredded cabbage-topped beans and meat / crema and mantequilla combo wedged between halves of a vertically sliced cooked plantain rather than inside a folded flour tortilla.

Y mucho mas sabor, like the sign says, all of it comforting, all of it simple, all of it, so far, delicious. It’s enough to make one wonder — why hasn’t Central American food, with that of Honduras leading the way, become trendy? Why are there not national chains bringing this food to places like Iowa and Idaho and Tennessee and Delaware? Why is there not yet a hoity-toity baleada palace in Montrose or the Heights?

Who knows, but one thing I do know is I agree with Anthony Bourdain who once said “Good food is very often, even most often, simple food.” And the food at Baleadas Express is both very very good and very very simple. Good food always wins in the end, so give it a try now, before it becomes the it cuisine and you can play the insufferable expert to all your inexperienced friends.