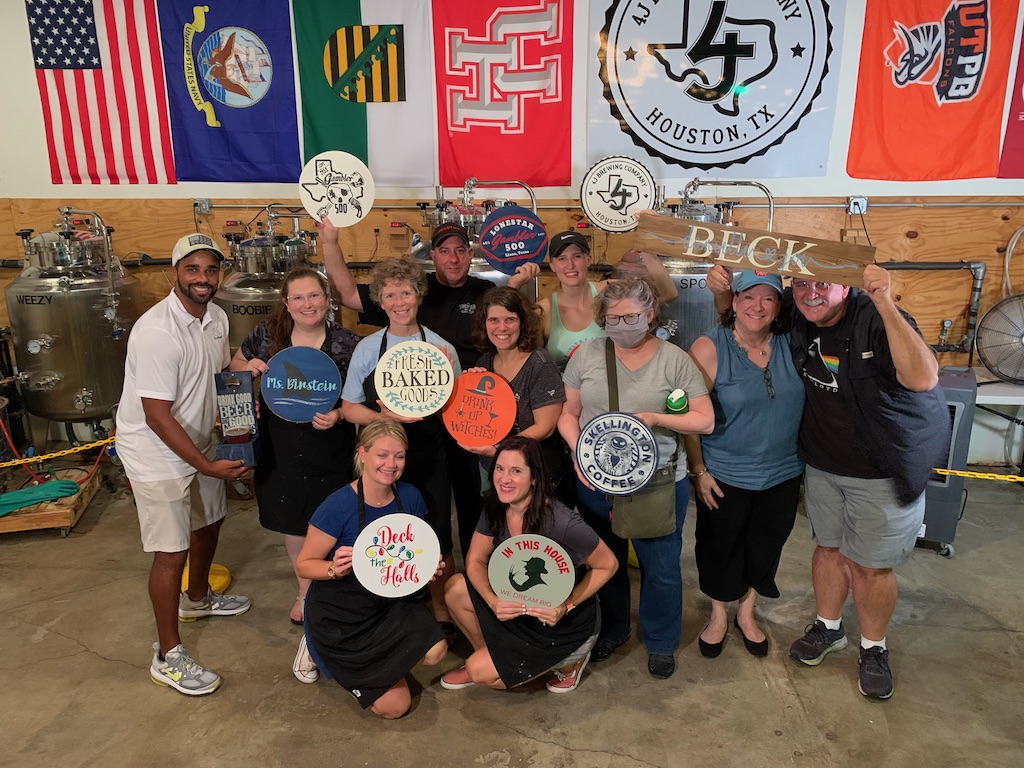 Alye Inman already has been doing business in the Spring Branch District area as Hammer & Stain Houston, but she hasn’t quite found the perfect location for her do-it-yourself woodworking company. 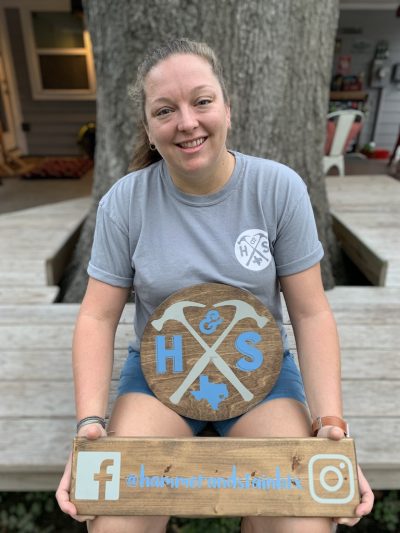 Originally from Vero Beach, FL, Inman said she has lived in Houston for about nine years and purchased a home in Spring Branch about 2 1/2 years ago after falling in love with the community.

”Spring Branch as a community reminds me of the little beach town I grew up in —  locals supporting locals, mom and pop restaurants and people knowing your name,” said Inman, 33.

Another reason locals may know her name is because, in addition to being the owner of Hammer & Stain Houston, Inman is also the dean of students at the upper school at Duchesne Academy of the Sacred Heart,10202 Memorial Dr. She is also the varsity basketball coach at Duchesne, which makes her well-suited to “coach” others in creating their wood designs.

“I have done custom woodwork on the side for a while,” Inman said. “I saw the niche with DIY workshops and wanted to start teaching others how to do it.”

In addition to private parties, Inman has recently hosted pop-up workshops at Spring Branch District businesses like The Branch and 4J Brewing Company.

“I will go anywhere in the Houston area if someone wants to DIY with Hammer and Stain Houston,” said Inman. “As far as location, I want something that is easily accessible, big parking lot for the makers, windows so people can see what we are making inside.”

Inman said she plans to open a storefront in the District by the end of the year. 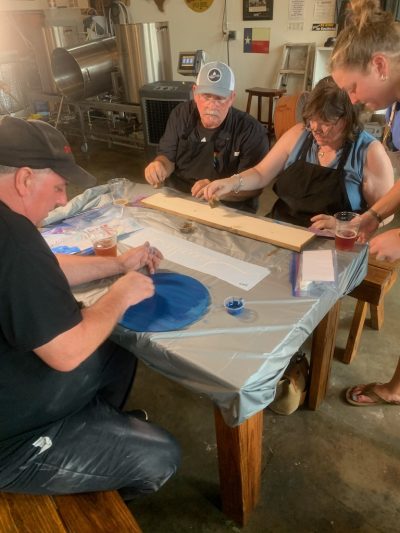 “I am currently making phone calls and trying to find the best fit,” she said.

Hammer & Stain DIY Workshop is a national company, with over 100 locations across the country. Inman is owner of the only one in Houston.

Projects range from signs to yard games to holiday decorations — and everything in between.

“If you have seen it, we can make it happen,” Inman said.

At parties, Inman guides the customers, or “makers,” through the steps to create masterpieces.

“It doesn’t matter your skill level: you’ll be able to stain, paint, and maybe use some power tools! We also make custom orders and will ship anywhere in the U.S.,” Inman said.

“Hammer & Stain Houston’s goal is for every maker of any age to leave with a project they are proud to display in their home or gift to someone they love.”

In the short time she has been operating, Inman said she has hosted events with clients ranging in age from 4 – 70, men and women. It is a great activity for team bonding, bachelorette parties, birthdays, work events, Girl Scout or Boy Scout troops, couples night, moms’ clubs and more.

“We are woman-owned, passionate about our area, and love to bring people together for the ultimate DIY and entertainment experience,” Inman said.