Skip to content
Home » News » The Fritz Kennel: Dedicated to Spring Branch and Its Pets
Previous Next

The Fritz Kennel: Dedicated to Spring Branch and Its Pets 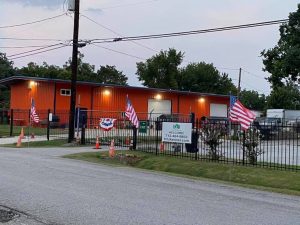 Pat Clynes says he has always had a passion for dogs.

The former Marine and military police K-9 instructor decided to pursue that passion as a business after retiring from a career in the energy industry.

In July 2013, Clynes purchased what had started as the TLC Regency Kennels (opened in 1991 in the Spring Branch District), later renamed The Fritz.

Clynes decided to keep the name, The Fritz Kennel, but he has made some other changes.

“We did a lot of expanding,” Clynes said recently. While he retained the original building and site, he added another property next door to the business. 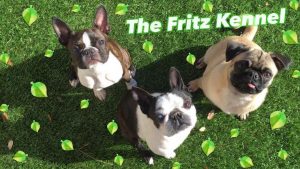 He also gave the kennel a new orange and blue exterior. He’s found many of his customers have at least one sports team they like that dons orange and blue. So, sure, it’s painted for your favorite team, whichever that is.

The Fritz Kennel, located near Blalock and Long Point Road,  has also made extensive contributions to the local community under Clynes’ ownership.

“We support nearly every elementary, middle school or high school,” Clynes said. “We hire a lot of high school kids from the three surrounding high schools.”

“We just believe in giving back,” he continued. “The community has been very good to us and, therefore, we give back to the community.”

Clynes said he is proud that The Fritz Kennel continues to work with numerous local rescues, as well as sponsor all types of adoption events, while also being a second home for many Spring Branch area pets.

“We are a smaller facility, and we take the time to get to know every single dog that comes through our gate,” Clynes said.

Unfortunately, due to COVID-19, The Fritz Kennel had to close its daycare for now and is now only providing boarding services.

The pandemic hit right at spring break, which is the kennel’s busiest time of the year.

“Basically, it caused almost three-fourths of our customers to cancel their trips or modify their trips,” Clynes said. “It hit us really hard. For a couple of months, nobody needed us.”

Yet, the kennel stayed open and Clynes and his employees pivoted to doing projects around the kennel when they didn’t have many animals.

“We did extensive cleaning and rehabbing. We spent a lot of time fixing things,” Clynes said.

While business is still slower, June and July were better than the spring.

In addition to closing the daycare portion of the business to limit the number of people and animals coming in and out of the kennel, Clynes has been enforcing social distancing and the kennel stopped giving tours.

His dedication to doing business in Spring Branch is unwavering, he said.

“I’m very passionate about Spring Branch, everything about it is very good,” Clynes said, adding that he appreciates the Spring Branch Management District and the services the District provides.

Clynes said he has SEAL Security signs provided by the District displayed outside the kennel, where you will also find a number of U.S. flags purchased from another longtime Spring Branch District business, Money Makers Flags (1517 Blalock).

Check out The Fritz Kennel Facebook page for frequently updated doggie photos sure to make you smile: https://www.facebook.com/fritzkennel/