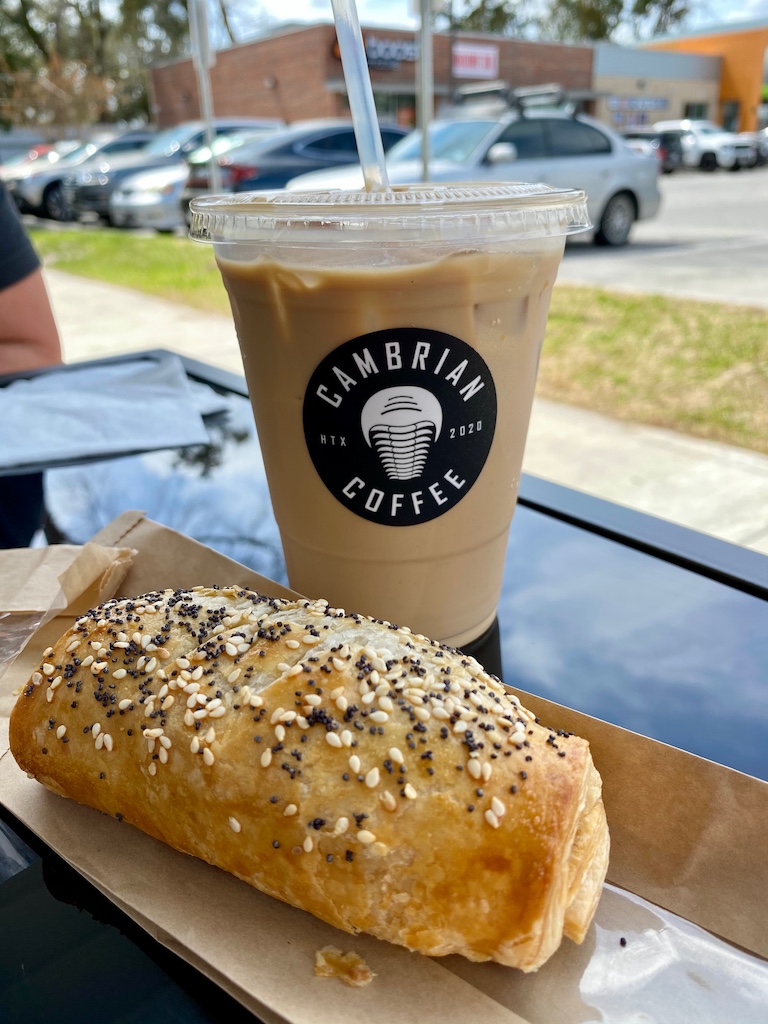 In the Spring Branch District, you could say, “We love coffee shops a whole latte.” And we did say it — on a billboard along I-10 a while back.

No regrets about the “punny” advertisement, though: Two relatively new Spring Branch residents — and now brand-new business owners — apparently got the message.

“We saw the amazing things they had planned for Spring Branch and wanted to be a part of that growth and development,” said Hinkle. “The folks in this area were desperately in need of a specialty coffee shop that was locally owned and run.”

This month the couple welcomed a constant stream of well-wishers before, during and after their grand opening of Cambrian Coffee, 9461 Hammerly Blvd.

“We are humbled daily by the amazing support from people in Spring Branch,” Hinkle said. “These are truly some of the most generous and gracious people we’ve ever met. Their love of great coffee and sausage rolls is pretty amazing, too.” 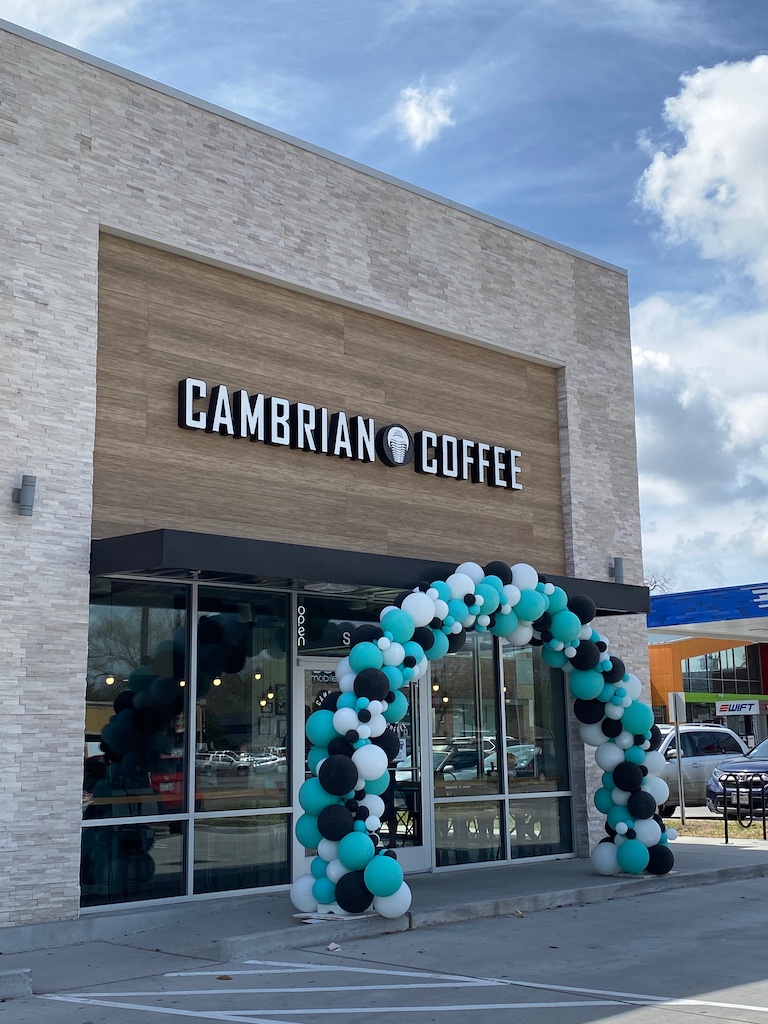 Cambrian Coffee combines the couple’s love of geology and fossil hunting with their love of coffee and baking, as well as Gemma’s Welsh heritage. A fun dinosaur mural on the side of the building begs for an Instagram moment.

The name of their business goes with the theme, of course, as the Cambrian Period is the first geological time period of the Paleozoic Era. It was named after Cambria, the Roman name for Wales.

Speaking of Wales, let’s talk about the sausage rolls that Spring Branch District customers have been gobbling up since the shop opened. We can attest they are baked to golden perfection with a delightful flakiness and crisp texture to accompany the hearty filling. It’s no wonder they regularly sell out.

When she’s not making the sausage rolls or scones, Gemma — a geologist — works for an oil and gas service company that brought her here from the United Kingdom in 2008. Brian, originally from the Philadelphia area, worked in sales.

Together, they are dedicated to promoting growth in the Spring Branch area while offering a place for locals to meet and engage.

“Gemma and I were both looking to create a social space in Spring Branch as well as a change of scenery for ourselves and a platform to give back to the community. We both love coffee but especially appreciate the many small, local coffee shops we’ve visited around the country,” Hinkle said. 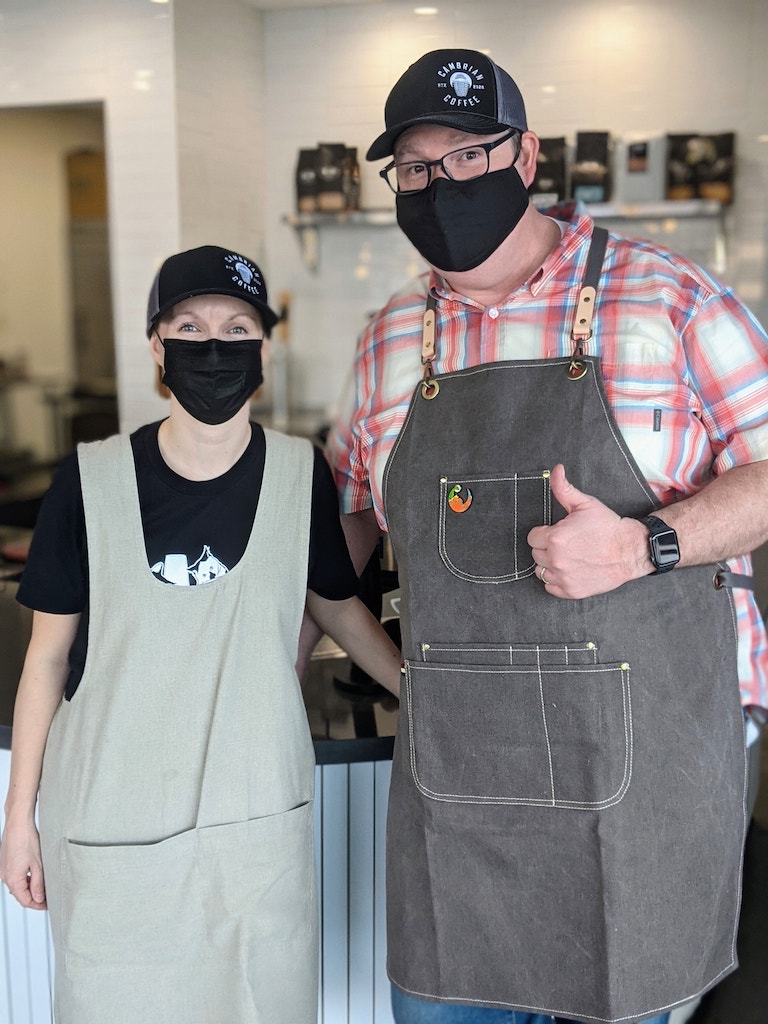 Most days, you can find Brian making new friends at the front counter and Gemma can be seen in the kitchen baking up her delicious pastries. On grand opening celebration day, Brian was, in fact, working the crowd while Gemma worked the counter, offering up — of course — sausage rolls and lattes.

If you haven’t yet, be sure to stop in to pick a fresh-baked item from the shop’s “Greatest Hits” pastry menu. And sample some of their coffee and espresso drinks, including their signature Cambrian Latte (latte flavored with the couple’s homemade cinnamon-infused honey).

“Everything we do here is for a reason,” Hinkle said. The baked goods were items the couple made for themselves before the shop existed. The coffee walnut mini-loaf, for example, is a play on the birthday cake Gemma makes Brian every year.

Even every piece of decor on the walls has a story. Some are postcards from friends, reflecting the couple’s focus on friendships and community.

At their grand opening, the owners launched their “Coffee it Forward” token program, which promotes goodwill and sharing through gifting free coffee to friends, neighbors or strangers. Portions of the proceeds went to a local animal shelter, Spring Branch Rescue.

“The better we do, the more we plan to give back.” 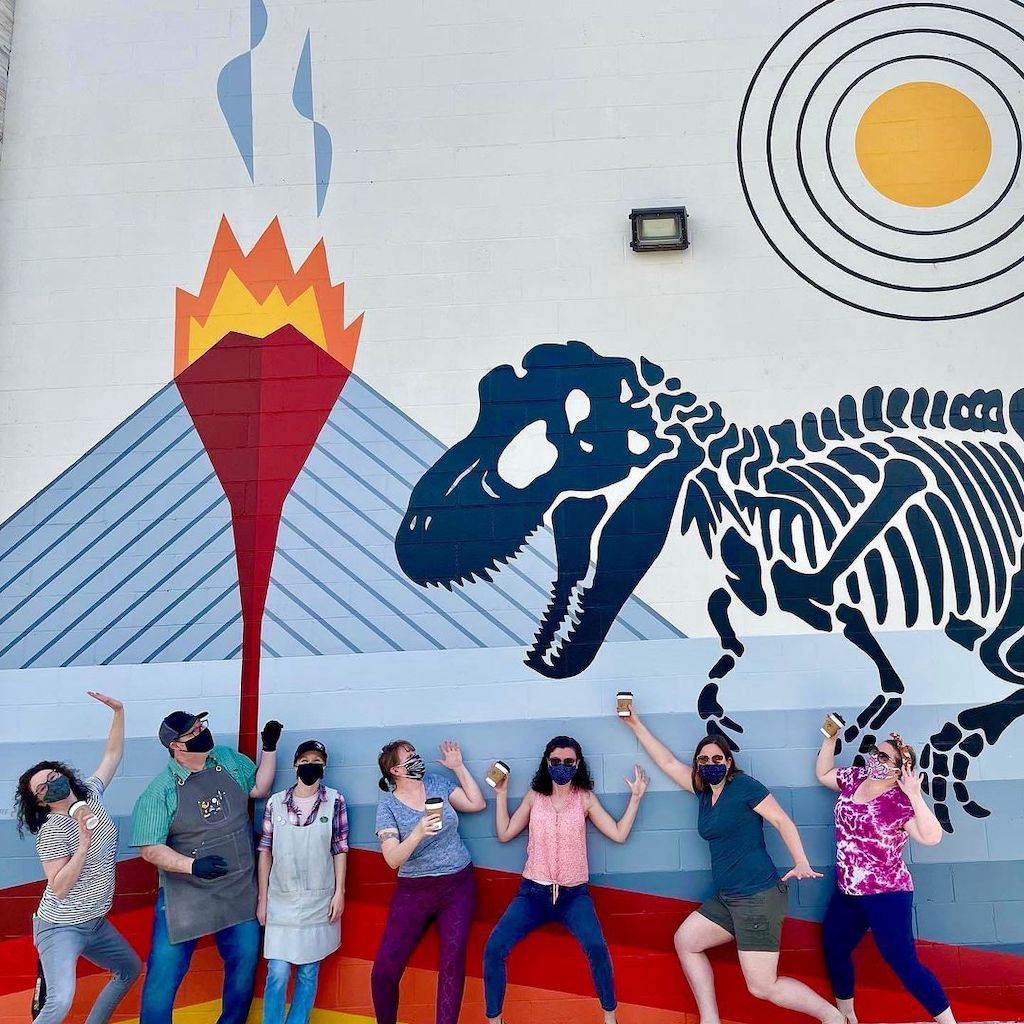